Jane and Sacha are based at The Treehouse, in Ipswich, while Charlotte works at The Nook, in Framingham Earl, near Norwich. Together, the trio have a wealth of experience and an abundance of passion when it comes to supporting families and caring for children and young people with life-threatening conditions. They love what they do and also enjoy changing people’s perceptions of a hospice – “shaking the cloud” that some wrongly believe hovers over such places.

Jane, 50, said: “It’s a real privilege to be entrusted with someone else’s child, whether it’s for a bit of respite to give a family a break or helping them at their most dreaded time, when their child is at the end of their life. That’s a position no-one wants to be in but they come to us for support.

“There’s a palpable sense of relief when they get to us because we act as a protective bubble. We protect them from prying eyes, questions and the intensity of their situation, giving them a chance to breathe and be a family for a little longer. We can help them manage things, which is an immense privilege, and we have to get it right.

“Sometimes we almost have to coax people in, because they’re visibly scared of the word ‘hospice’ and everything they imagine one to be. Then they come through the doors and it’s like ‘wow’. They suddenly feel OK. They know they’re going to be safe and looked after. You can see their spirits lift and their perception change and we can really enlighten people about what we’re truly about.”

Colleague Sacha, who has worked for the organisation for ten years, is in full agreement and admits that from an emotional perspective, the job can be challenging. However, she sees it as vitally important to maintain a strong professional stance in front of families.

“We’re a special team and work well together,” said the 38-year-old. Everyone’s really supportive of each other and that can be quite rare. Of course, it can be a hard, stressful and upsetting job at times so it’s important to be there for each other. We’d be lying if we said it didn’t affect us. Of course it does. The most important thing is not showing that in front of the families, though. Our upset is shared behind closed doors, because we have to be strong and professional for them.”

Charlotte, a long-term ventilation nurse with two children of her own, has spent nearly her whole career with EACH, having previously had six months working on the children’s ward at Ipswich Hospital. She agrees about the emotional impact of her job and is appreciative of the support network around her.

“It’s vital to have that,” said the 31-year-old, who lives in Fressingfield, Suffolk. Without it, we’d all take far more home with us. Some of the situations we encounter are very difficult, especially if you have children yourself. That’s when it hits home. However, we have to be professional. We empathise with families and give them whatever they need.

“EACH has great mechanisms in place to support staff, in terms of things like wellbeing and mindfulness. It provides a reflective space to put your feelings out there and let people know if you’re struggling. That way, you get the support you need. It’s great being able to talk about our jobs and giving people insight about EACH.

“It’s important to educate them about what our roles entail and shed light on what happens behind the closed doors of the hospices. It amazes a lot of people and rightly so, because we’re unique. There aren’t that many services out there that deliver what we do on a day-to-day basis.

“People hear the word ‘hospice’ and just think of death and dying. Of course, dealing with that is part of our role but it’s not the biggest part. In a hospital, the nurses would help with medication but most other things would be left to parents. However, here we’re entrusted to deliver the same level of care they do. That support continues after losing their child. It’s there for as long as they need it.”

Woodbridge-based Jane, who qualified as a nurse when she was 19, believes attention to detail is second to none at EACH. She has been working for the organisation for ten years.

“EACH takes our wellbeing very seriously, especially since COVID hit,” said the mum of three. “I’ve never known any organisation like it in terms of being mindful of staff’s wellbeing. There’s always an opportunity to talk.

“Everyone can train to be very good, competent and skilled nurse but it’s the little things and attention to detail that makes a difference here. That’s what you can’t replicate in a hospital and while I brought a lot of experience and transferrable skills to my role, I’ve also learnt an enormous amount here.

“We look after the whole family, very much including parents and siblings. That means the only thing they have to focus on is their poorly child. There’s always a connection between that family and us, even after losing a child, and we often talk about their children. We remember funny stories and memories and families love to know that. They love to know we’re remembering their children.

“It’s a really uplifting place to work but sometimes, in terms of other people’s perceptions, it’s about shaking that hospice cloud.”

Sacha has always worked with children.

She started by working in nurseries, then became a carer, looking after children that use ventilation and tracheostomies. That led to her gaining her nursing qualifications to become a nurse coordinator within Essex, training carers to be able to care for the children she managed and running these packages from day to day, before joining the team at EACH.

“It helps that we’re a local hospice and charity, helping local people,” said Sacha, who has a daughter and lives in Woodbridge. “That’s why fundraising is so great, because people are helping others from within their own community.

“From my experience, when I tell people what I do they’re a bit taken aback and say something like ‘I don’t know how you do it’ or ‘I could never do that’. We all get that reaction but nothing could be further from the truth. It’s a great place to work.

“Quite a few parents are still involved with the hospice and want to help promote what we do. They’re giving something back and are still linked with us which we really like. We have a celebration get-together every year, so families get to share their memories. Life goes on but those children and families will never be forgotten.” 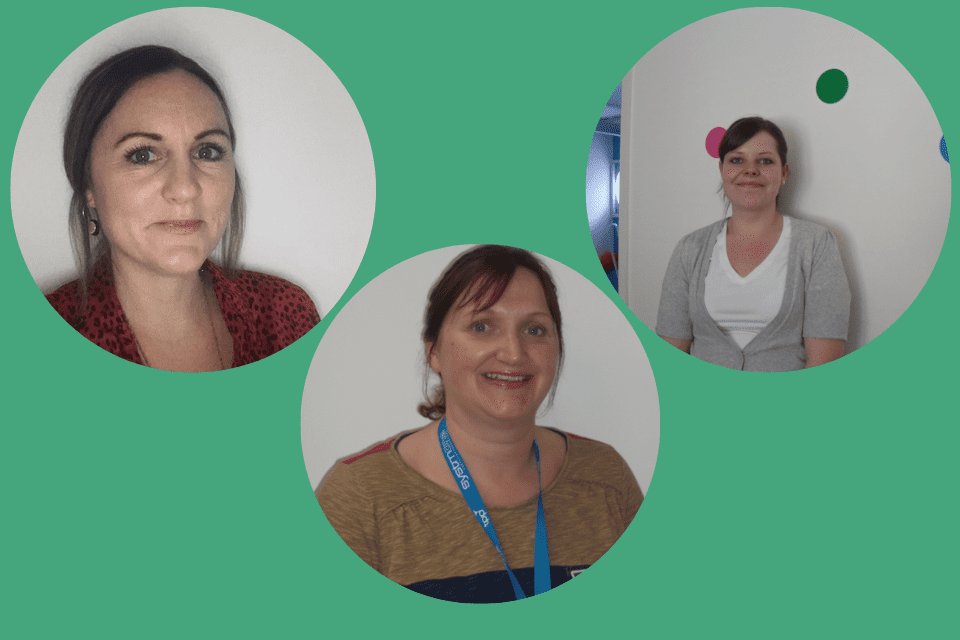