Zoe described Phoebe as a strong-willed little girl, who loved singing Disney songs and pretending to be Woody from Toy Story as she was usually spotted wearing his cowboy hat.

Up until the age of four Phoebe developed as any other child would. She was chatty and outgoing, never to be told what to do. Then, aged four, she experienced a violent seizure. She was rushed to Colchester Hospital in an ambulance. Paramedics tried to calm her seizure, but were unsuccessful. Phoebe was intubated, a procedure that involved inserting a tube through her mouth and into her airways so she could be placed on a ventilator to assist her breathing, and put in intensive care.

After many months in Royal London Hospital Phoebe was diagnosed with a mitochondrial condition. Mitochondria are found in all cells and known as the ‘batteries’ because they produce energy.

Recalling when Phoebe was initially diagnosed with a mitochondrial condition, Zoe said: “Our whole world fell apart. We knew one day we would lose our little girl and it was utterly heart-breaking. As Jehovah’s Witnesses we do have a hope for the future, but this didn’t stop the fact we felt heartbroken.”

Phoebe needed 24-hour care. Friends and family would help tend to her needs by staying overnight as she would often vomit or choke. Zoe and Luke had to use a suction machine regularly for nearly two-and-a-half years to clear her secretions. Phoebe was also on numerous medications and at time and would need a regular supply of oxygen at home.

The family was referred to EACH in August 2017, Phoebe started to received regular visits from Play Specialist Helen Thrower at this time, based at EACH’s hospice in Milton. Helen would visit the family each week to deliver a sensory play session. At first, Phoebe battled against the visits as her time spent in many hospitals made her wary of new people. Helen persisted, though, and after many weeks Phoebe began to warm to Helen and started awaiting her visits eagerly. Helen became a staple help to the family. She provided Phoebe with her full, undivided attention and, in turn, Zoe and Luke with a much-needed break from Phoebe’s 24/7 care needs.

As well as Helen’s personal visits, the family had access to all facilities at the hospice. Some of their favourites included the sensory room and the swings and roundabouts in the playground.

Phoebe died in October last year. Zoe had huge gratitude towards the hospice staff as she and Luke had built a positive and caring relationship with them. They felt comfort being around familiar faces during such a traumatic time in their lives, something they were worried they would not receive in the clinical environment of a hospital.

When Phoebe died, staff helped Zoe and Luke create a memory keepsake, where they could take away the hand and foot prints of their little girl.

Zoe said: “We felt at home at the hospice. It was a place associated with playing and as a family we felt a calm when we arrived there.

“I can’t explain how much harder I think everything would have been if Phoebe had died in the clinical environment of the hospital. I can’t fault the care Phoebe had at the hospital, but at the hospice it’s just so different; such a different environment. The worst day of our lives was made easier by some of the most amazingly kind people I have ever met. Helen and Ruth [Ingram, EACH Nurse] at Milton stand out to me, but so many had a share. Making cups of tea for visitors and even making lunch for our nearly 30 visitors that came to say goodbye to Phoebe.”

EACH supports around 450 families of children and young people with life-threatening conditions, including around 100 bereaved families, at any one time.

The charity has continued providing end-of-life care and bereavement support throughout lockdown, but suspended planned face-to-face care as it helps families shield their children from the coronavirus. Staff are now supporting families the best way they can remotely by phone or online, but need continued funding to help start offering a full range of services as soon as it is safe to do so. 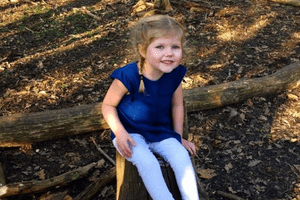 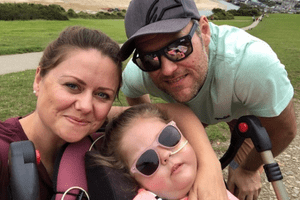 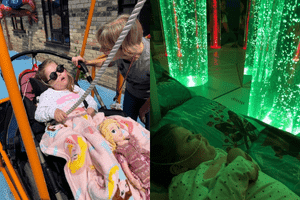