Fraser was born at 27 weeks, weighing 660 grams. He spent three months in the Special Care Baby Unit at Hichingbrooke Hospital. He was then constantly in and out of hospital with chest infections and it soon became apparent Fraser was not hitting his milestones as hoped. At two years old he was fitted with a feeding tube as he had not gained weight for an entire year.

Carla and Stuart attended many appointments at multiple hospitals including: Hinchingbrooke, Addenbrooke’s and London’s King’s College Hospital, where Fraser finally received an MRI scan that revealed he had calcium deposits on his brain. Unfortunately, doctors were unable to inform the couple of what this would mean, only that they would be going home with a critically ill child who would effectively be a full-time wheelchair user.

A few years went by and Fraser slowly started deteriorating. In April 2018 after returning from a family holiday Fraser, seven at the time, started to experience much worse symptoms, vomiting blood, and his pain levels only rose higher. The family eventually went back to King’s College Hospital where they discovered Fraser had varices of the oesophagus – abnormal, enlarged veins in the tube connecting throat and stomach – caused by liver disease. This meant Fraser had to attend the hospital every four weeks to check and band them if needed. After a year this moved to every six months instead.

Fraser experienced great levels of pain and in October 2018 the family started to receive support from EACH, at first to help manage the pain as Fraser was put on several drugs to help ease his discomfort.

A year later Carla noticed Fraser’s stomach had started to extend, causing his pain levels to become unbearable., He was admitted to hospital once again, with a chest infection, then again in November for an ultrasound where doctors discovered the cause for his stomach extension was ascites, an abnormal build-up of fluid in the abdomen. Fraser’s spleen measured 22cm long, about double what it should have. The family got sent to Addenbrooke’s Hospital where they were told Fraser’s liver was failing rapidly. He needed a liver transplant that he unfortunately could not receive as he would not survive the procedure and the family were told he had just days left to live.

A nurse from our hospice in Milton, Emma-May, went to visit the family shortly after to explain Fraser would be receiving end-of-life care and the aim was to make him as comfortable as possible.

On the 27 November 2019 the family started their journey at our hospice in Milton, believing they only had days left to spend together. Fraser managed to defeat the odds, lasting seven weeks, a little longer than doctors anticipated, before he died on 17 January 2020.

Carla said: “We can’t thank the hospice at Milton enough. Each and every staff member was amazing and made sure Fraser was comfortable at all times. We have two favourite memories. The Angelsey Abbey put on a light show for us. It took them all day to set up and we could only watch for 20 minutes as that’s all Fraser could manage. Our other cherished memory was when Stuart and I renewed our wedding vows. Fraser had always asked where he was in our wedding photos, so the care floor at the hospice was decorated, a cake was made and it was a day we’ll never forget.”

Stuie said: “My favourite part of our time whilst at the hospice was playing table tennis with all of the staff, cooking with Julie [Knott, Lead Chef] and making lots of memories together as a family.”

Stuie was always very close to Fraser, with family describing their relationship as “amazing and very loving towards one another”. They described Fraser as “loving life and just wanting to have fun”. They added: “He had so much love to give to everyone and had a smile that lit up any room he entered.”

Stuie added: “Fraser wasn’t just my brother, he was my best friend.”

During the COVID-19 crisis, Stuie was inspired to start his own fundraiser running 5k every day throughout May by Captain Tom walking a hundred lengths of his garden for the NHS. He described the memories he made through EACH with his family as “amazing” and explained on his JustGiving page here that he would like to raise money for EACH in return, not just for the care Fraser received, but the support him and his parents were offered, too, with his mum and dad receiving hypnotherapy from the wellbeing team.

Carla said: “Stuie has never been a runner. He wanted to raise £500, but he has already doubled that! We’re so proud of him as parents, not just what he is doing now, but Fraser was lucky to have him as his brother.

“He runs 5k every day by himself around Stukeley Meadows where we live. The first day he came in and his legs ached he said: ‘But Fraser was always in pain and more than just achy legs.’” 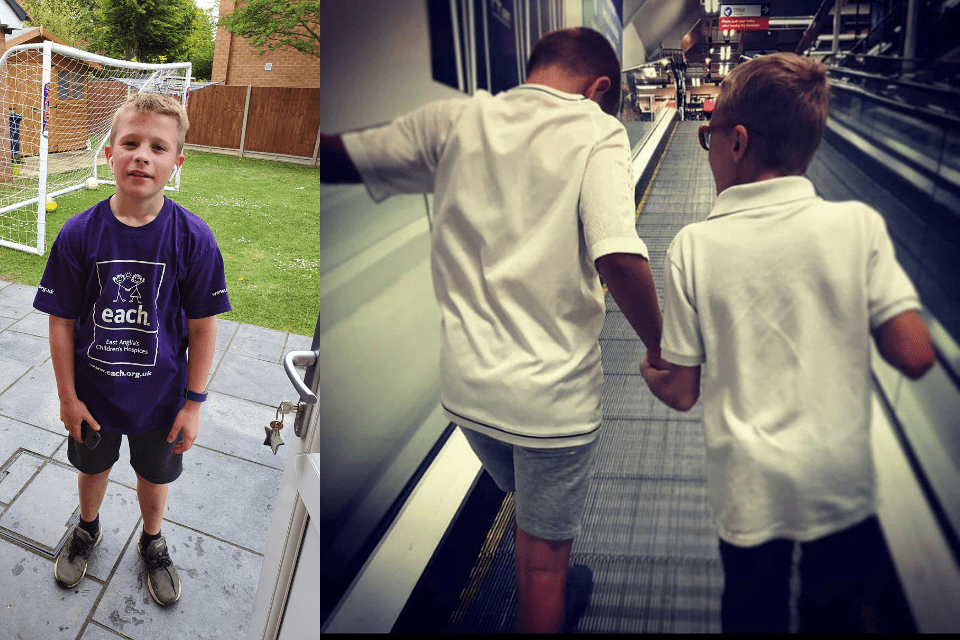 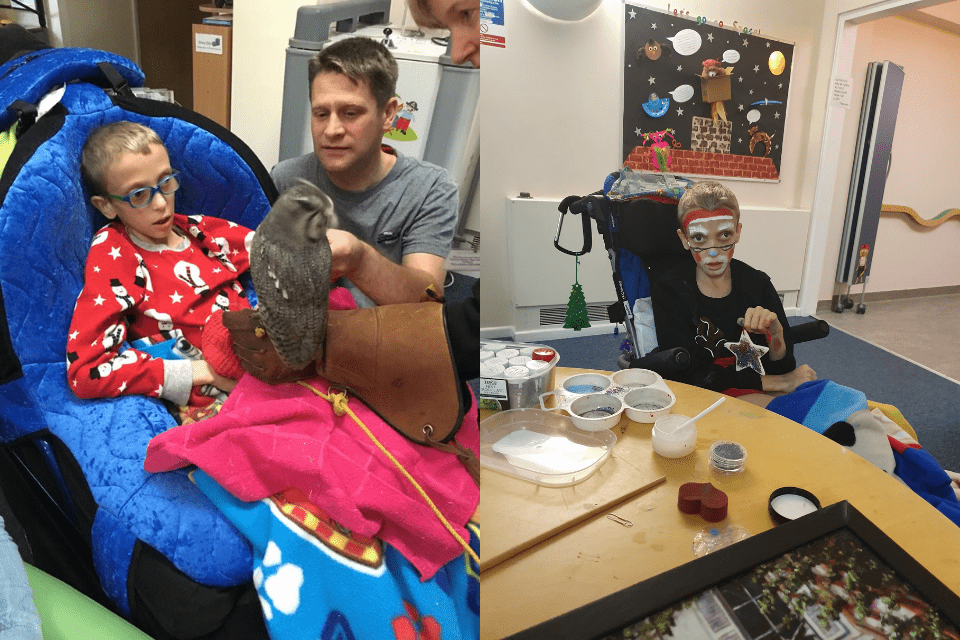 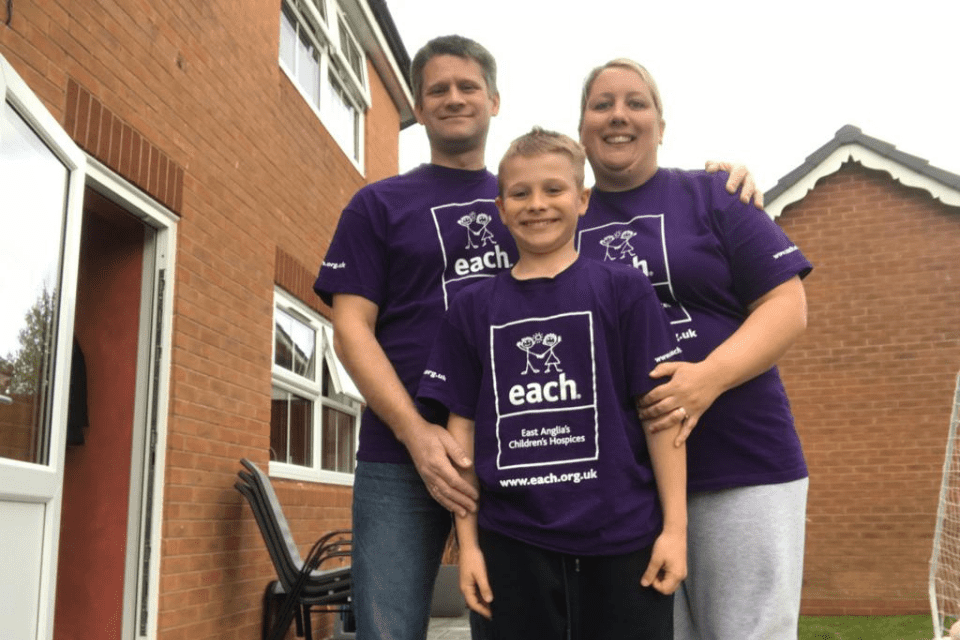 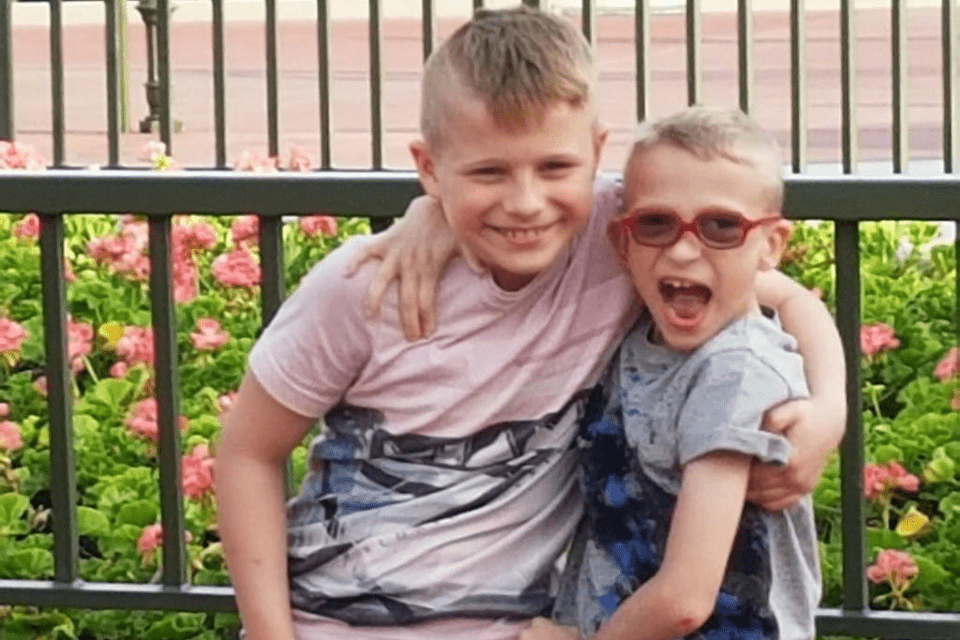 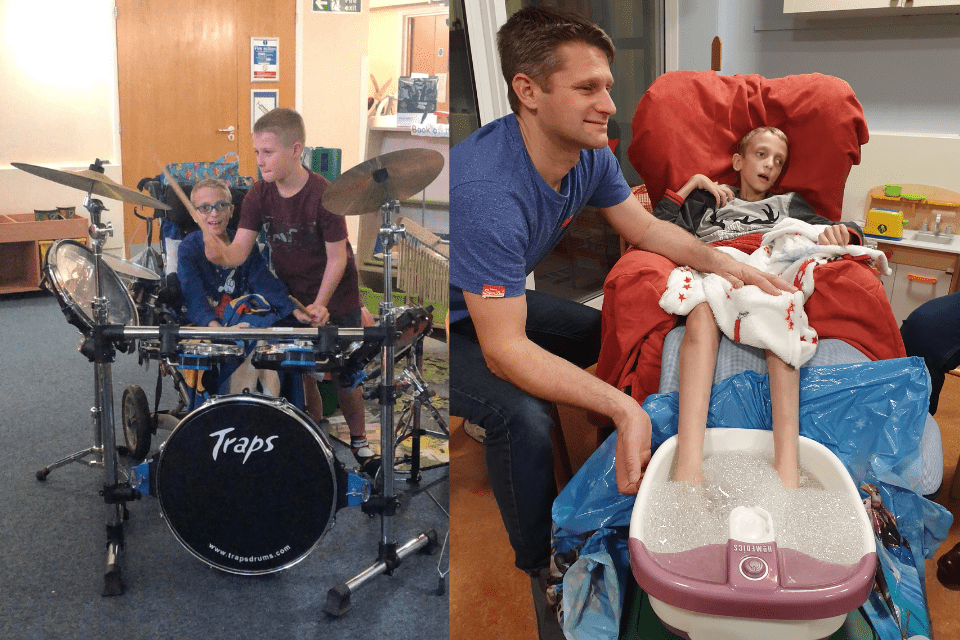