“Erin is an incredible little girl. She is a force of nature and shines so bright. She is our sun and we rotate around her”

Seven year-old Erin Sadler lives with her mum Helen and grandad Philip in Colchester. Erin has a number of complex health needs meaning she requires care 24 hours a day seven days a week. She has a kidney disease, multi organ vasculitis which is an autoimmune disease, multiple a cardiac abnormalities with significant and progressive sub-aortic stenosis, which restricts the flow of blood, aortic regurgitation, ventricular hypertrophy and diastolic dysfunction and a liver disease called portal hypertension.

Erin and Helen are supported by EACH, particularly during the COVID-19 pandemic when vulnerable families have been shielding.

Helen, Erin’s mum, tells her story: “When Erin was just a few weeks old she began to get lesions all over her body. I took her back and forth to the doctors trying to get a diagnosis – thinking it was a skin condition. Eventually we were admitted to Great Ormond Street Hospital (GOSH) where Erin underwent extensive tests which confirmed she has an unspecified progressive kidney disease, for which I was told she would need a kidney transplant at some point in her life, severe hypertension and vasculitis of her skin and kidneys.

“After this point it felt like the diagnoses kept on coming year after year. She was diagnosed with a liver disease called portal hypertension which is potentially life-threatening, then following a scan of her heart I was told she had multiple issues with her heart including left ventricular stenosis and the thickening of her aorta as well as some further complications. Surgery wasn’t an option for Erin due to her other conditions – it would be too much of a risk. The next year Erin had a mass haemorrhage where she was revived with blood transfusions, this identified a further condition called ITP (Idiopathic Thrombocytopenia) Erin’s body was destroying her platelets and she was experiencing daily bleeds, during this time she needed 56 blood and platelet transfusions in 52 consecutive days while they tried to find a treatment – at this point we were just living day by day trying to get her through to the next.

“Then, after being admitted to hospital with a chest infection, Erin went into respiratory failure which induced a hypoxic cardiac arrest where her heart stopped for 16 minutes. The doctors didn’t give up – Erin returned to us and was taken to intensive care at Great Ormond Street Hospital where she slowly improved, but then developed pancreatitis and a deep vein thrombosis which required two injections a day for three months.

“Despite all of her conditions, her time in hospital and how desperately ill she is – Erin is an incredible little girl. She is a force of nature and shines so bright. She is hilarious and has a wicked sense of humour. It’s devastating she’s never been able to reach her full potential due to her health but she has never permitted her health to define her, Erin’s resilience and tenacity is undeniable.

“EACH has helped us in many ways – particularly during the pandemic restrictions when, like for so many, our four walls have become very overwhelming. One of my main frustrations with lockdowns is that it feels like we are just wasting Erin’s precious life. We’ve never been able to go far due to her medical needs and we’ve always been limited on the places we can go but the pandemic has meant been we’ve been completely confined to our home and unable to even go for walks.

“As soon as we were able to we’ve visited The Treehouse once a week, and it gives us both a break and a change of scene. We have no routine other than medications and caring for Erin is constant and very intense – I don’t think you can explain the exhaustion unless you go through it yourself. Knowing we have that trip to EACH is a light – I know that one day a week I’ll be able to have a little break. Our visits just take the pressure off – it gives me time to take a breath, take a nap if I want to, catch up with paperwork or just have some time to myself. For Erin, it’s a day out. She loves it there, she feels safe and I can relax because I know it’s a safe space and she is being cared for. There are very few places I can take my child and know it’s a safe space – EACH is one of them.

“I have no guilt when we are there, I know she’s having fun with the care team – who she calls her friends. My life revolves around Erin and her needs, she is our sun and we rotate around her. I have no time for self-care – for me my time at EACH is my self-care. The staff are all wonderful and so supportive.

“Erin is able to do things at EACH we can’t do at home; she socialises with the staff, bakes cakes, does craft activities and generally has a great time. The hospice is spacious and the garden is lovely. Being in the EACH garden has been the first time she’s been able to go on a swing – normal swings aren’t suitable for her but The Treehouse has one we can put her wheelchair on. She loves it! It’s something so simple, but it brings her so much joy and is something that most families could easy  take for granted.

“Erin’s condition now is that her kidneys are only functioning at 10% – dialysis isn’t an option as her heart would not with stand it. We are just living day to day, enjoying the time we have together and living life as much as we can. We’ve never lived wild but we’ve managed to have a lot of fun along the way – so we’re just going to carry on. I’ve got her an electric wheelchair, which I’ve added pink diamanté stickers to, and that gives her a freedom and an independence she’s never had before. She whizzes around on it and it brings her so much joy. Whatever time we have – we will spend it together, having fun and making memories and very possibly mischief.” 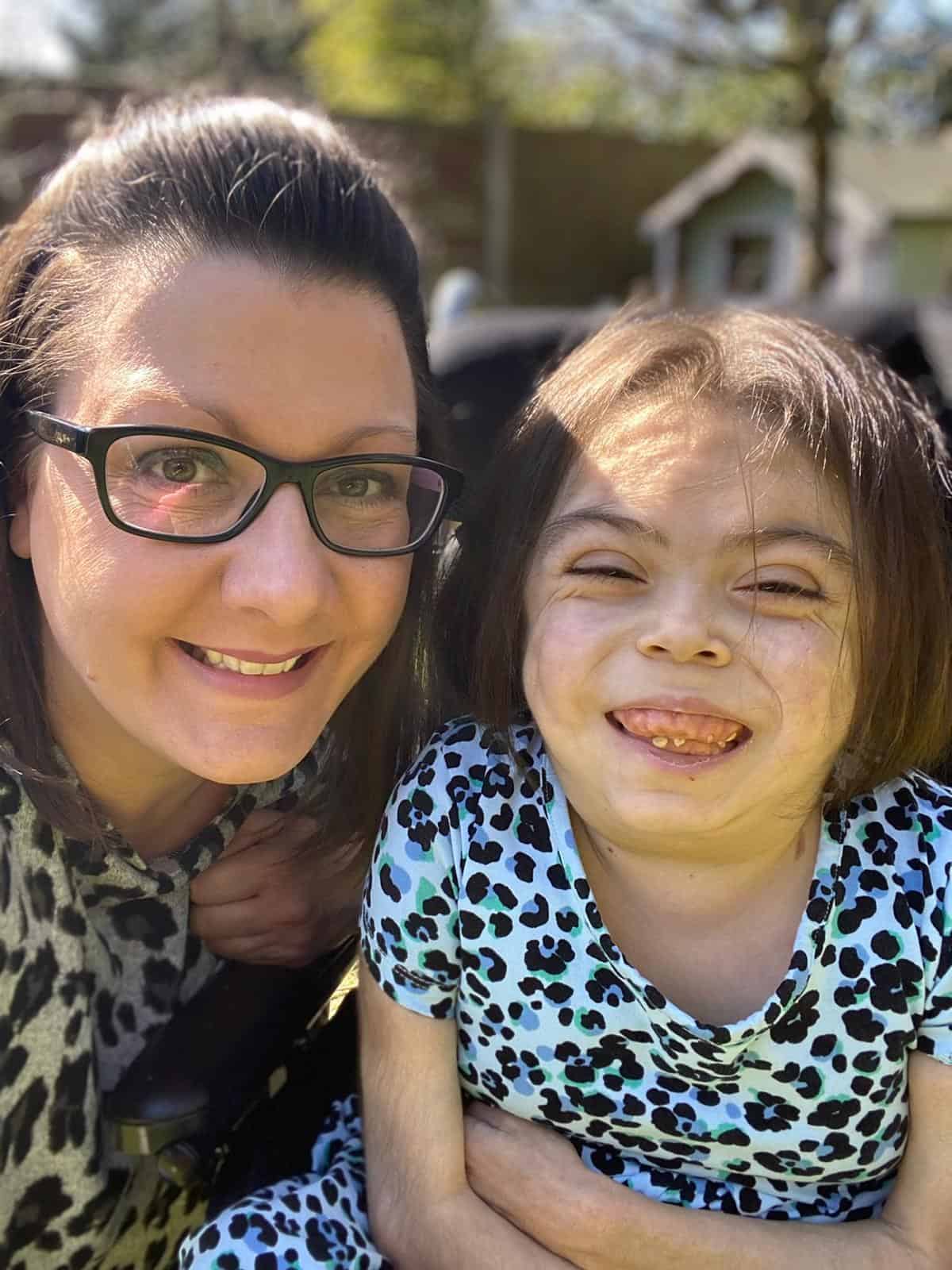 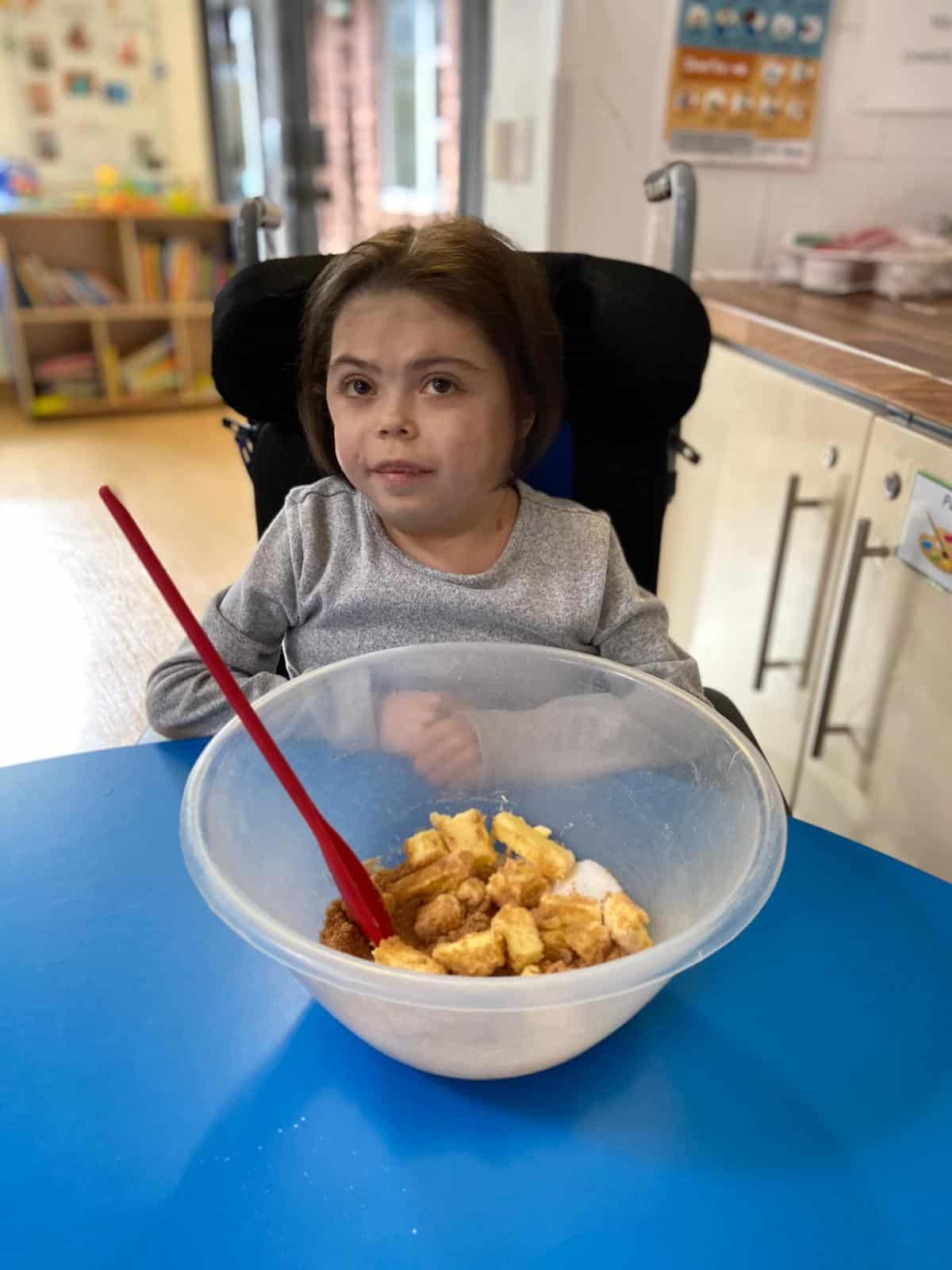 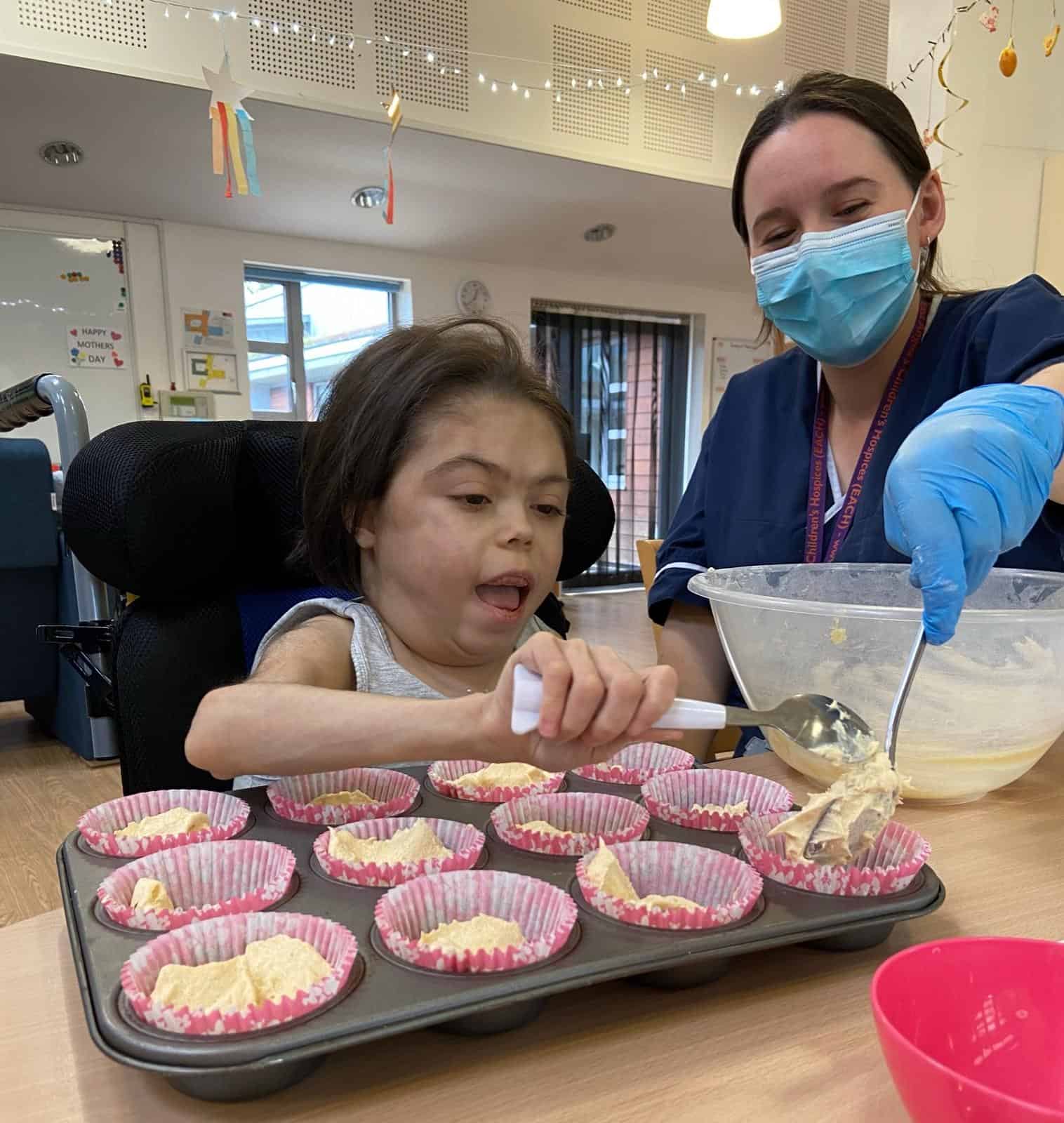 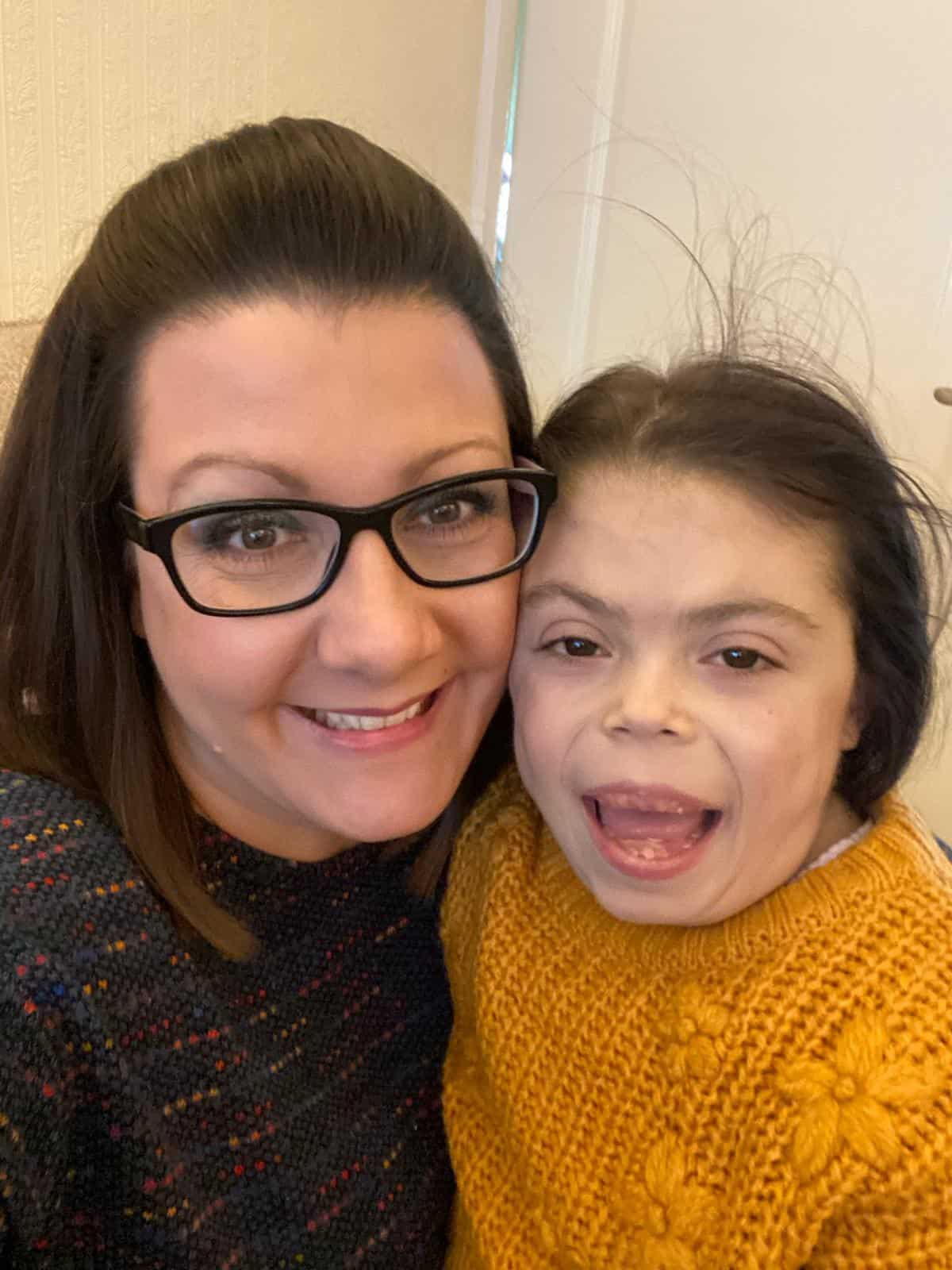