“Her Royal Highness has worked so hard to support and champion our cause.” – marking ten years since The Duchess of Cambridge became EACH’s Royal Patron

Today (Wednesday, 5th January) marks a special anniversary in the proud history of East Anglia’s Children’s Hospices (EACH). It represents ten years to the day since The Duchess of Cambridge became our Royal Patron.

In the decade since, Her Royal Highness has been immensely supportive – a wonderful Patron who has worked so hard to support and champion our cause. From shop and hospice openings to meeting children and families, The Duchess’ profile has projected our charity and the importance of children’s hospice services onto a national and international stage – catapulting it way beyond our home counties of Cambridgeshire, Essex, Suffolk and Norfolk.

The Duchess’ support comes with warmth, empathy and understanding, including beyond public view, and her Patronage is enjoyed and appreciated by everyone at EACH. For all involved, it represents a huge privilege, just as much now as in January 2012. It was a journey that began with a fanfare of excitement when making her maiden public speech at the opening of our hospice in Ipswich, The Treehouse, in March 2012.

After greeting crowds of well-wishers, she did a wonderful job, standing in front of staff, volunteers, supporters and the world’s media. She spoke of feeling “hugely honoured” and “enormously proud” and said: “What you do is inspirational – a shining example of the support and the care that is delivered not just here, but in the children’s hospice movement at large, up and down the country. The feelings you inspire – feelings of love and of hope – offer a chance to families to live a life they never thought could be possible.”

Seven years later, she joined us at the opening of The Nook, our hospice in Norfolk, in November 2019. She had previously attended the launch of our fundraising appeal in 2014 and visited our former hospice in Norfolk, Quidenham, in 2017. Speaking before unveiling a plaque with the help of four children who she dubbed “my little army of helpers”, she said: “EACH was one of the very first charities I decided to become Patron of after my marriage. Whilst a lot has changed since then, my commitment and support for this wonderful organisation and the work that you do has not.”

In addition to cutting the ribbon at two of our hospices, The Duchess has also visited our oldest hospice at Milton, near Cambridge. She has met numerous children, young people and their families along the way – and the feedback afterwards is always unswervingly positive. Everyone, including staff, appreciates the generous and very personal time she spends with them.

Another memorable example came when she officially opened our shop in Holt, Norfolk, in March 2016. After chatting to local schoolchildren, she showed her humour by picking up a blue hat in the shop that matched her outfit. After meeting volunteers and supporters, she bought a couple of items for George and Charlotte, before cutting the ribbon with the help of two families receiving our care.

There are so many other examples of The Duchess’ unwavering commitment to EACH. In June 2016, for example, she was a guest at the Taste of Norfolk fundraising dinner at Houghton Hall and the following year she attended the opening night of West End show 42nd Street, at the Theatre Royal Drury Lane. This was another fundraiser and she met our guests and a family receiving support from our hospice at Milton.

Then there are her very personal written and filmed annual messages of support for Children’s Hospice Week. In 2013, we were honoured the awareness week was chosen by The Duchess for her first public video message. Last year’s message was especially poignant, given the tremendous strain of the pandemic. In a heartfelt open letter, she praised the “remarkable” and “life-changing” work of hospices like those at Milton, The Nook and The Treehouse. As ever, her words showcased the work and importance of hospices. They also reflected her undoubted commitment to the people that matter most – the children, young people and families.

In the last decade, the Patronage has created so many different and very special experiences for children and families, including The Duchess even joining forces to plant a new patio garden at The Nook. A keen gardener, The Duchess brought along flowers, plants and herbs sourced personally from a nearby garden centre. She also re-potted a large sunflower she donated in memory of Fraser Delf, nine, who died in January 2020, and whose family she met on a Zoom call earlier that week.

The impact of the Patronage has been significant for us and The Duchess has become a hugely respected part of our organisation. Her involvement is truly genuine. During a private visit back in 2014, away from the cameras, she attended a care development meeting at The Treehouse. The Duchess joined early discussions with staff and volunteers, while also meeting with a family, to establish what is now a successfully embedded EACH service called ‘Help at Home’. This is where an army of volunteers do practical tasks in the home so families have more time to spend with their children, and to get the rest they need. 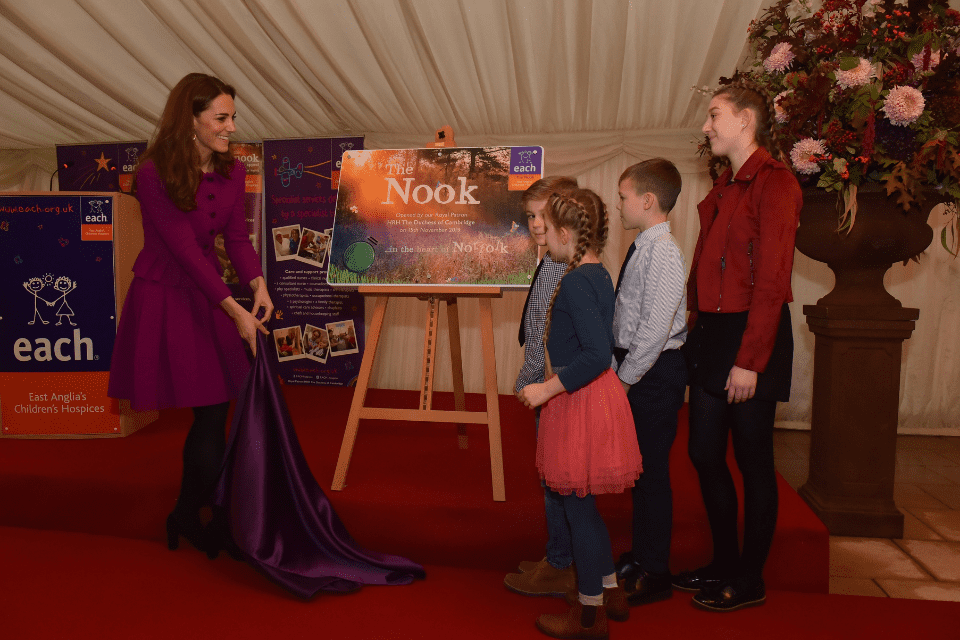 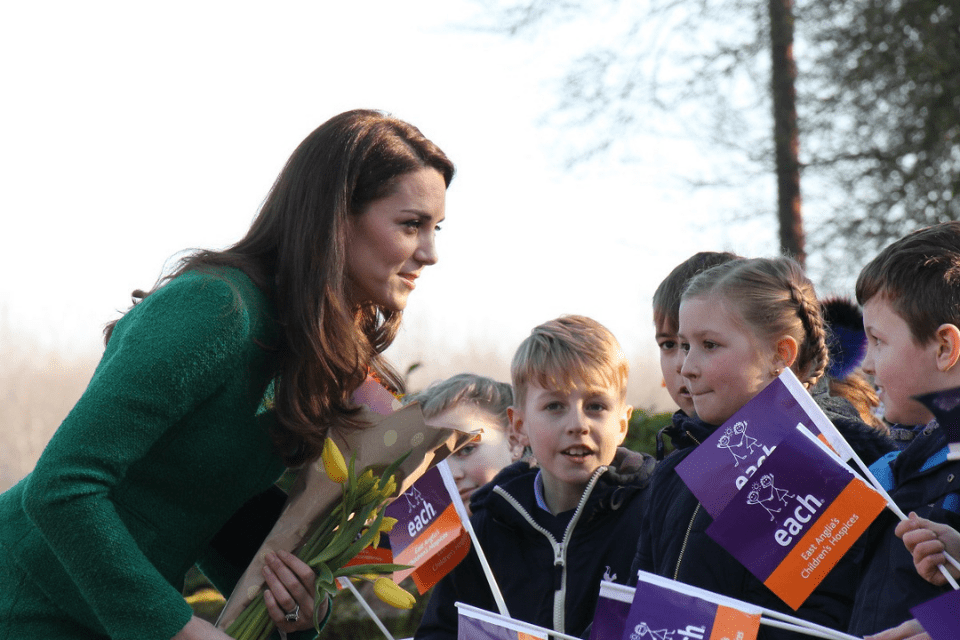 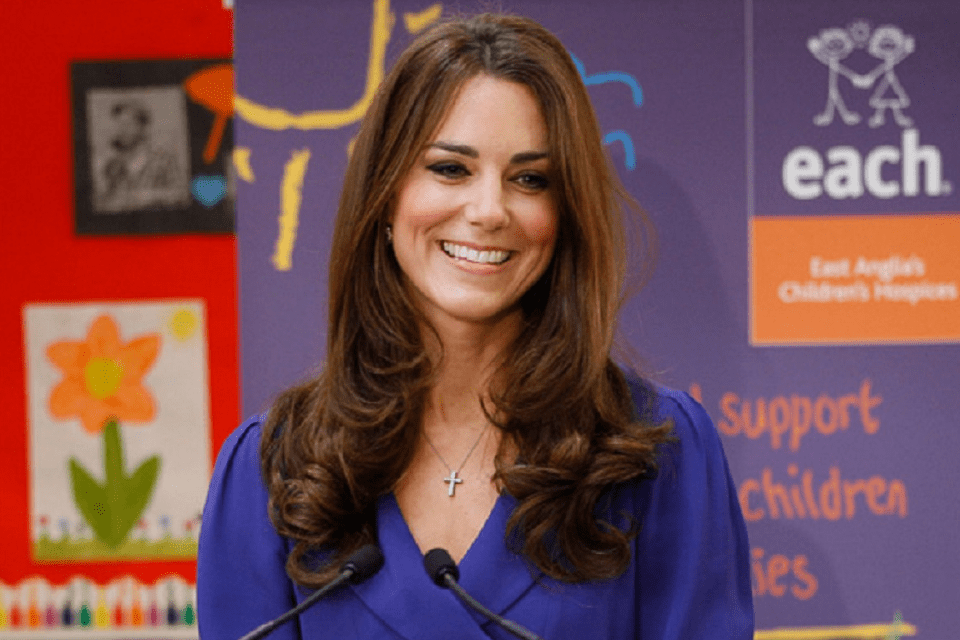 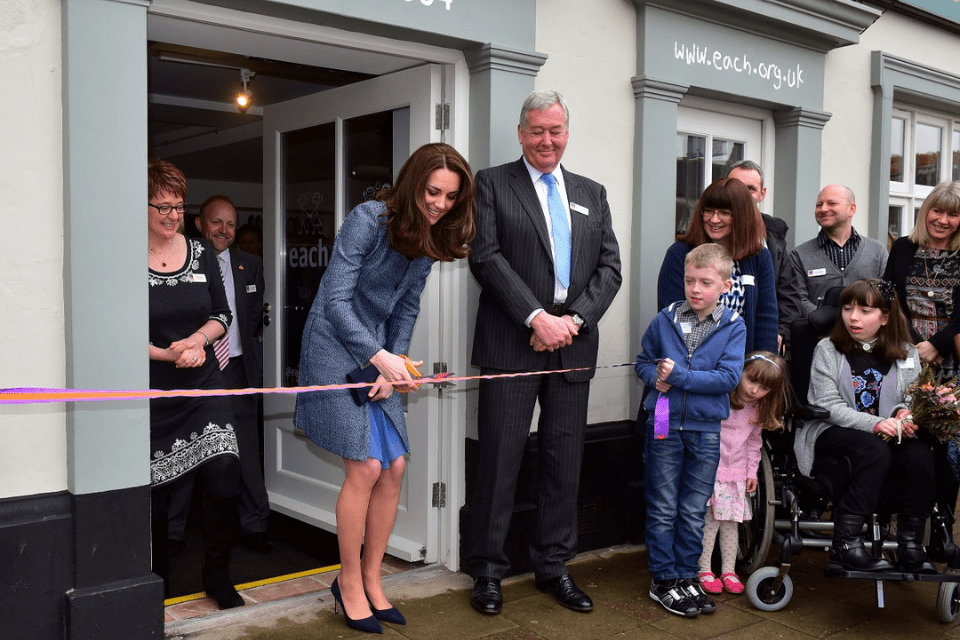 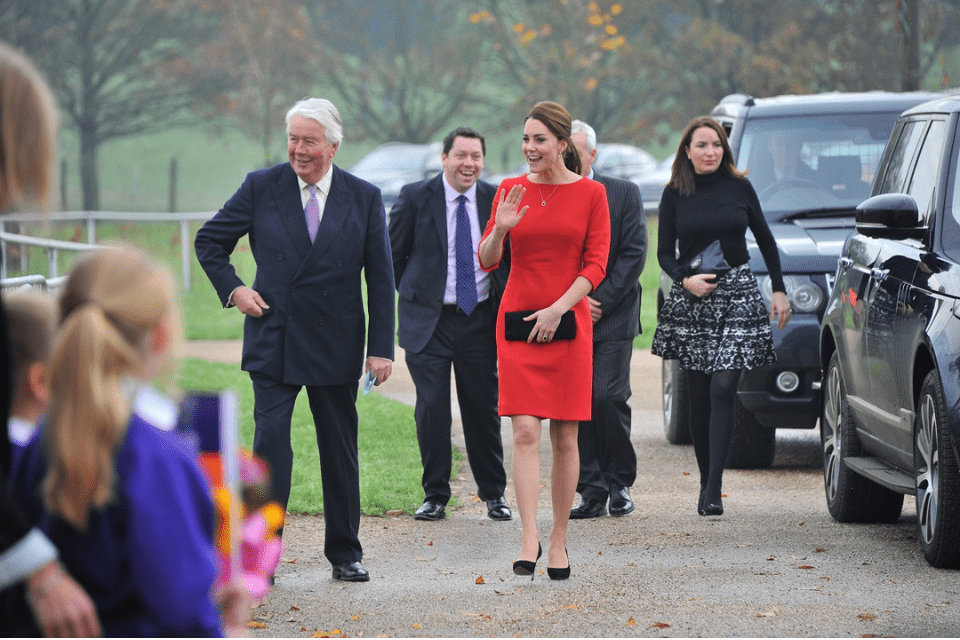 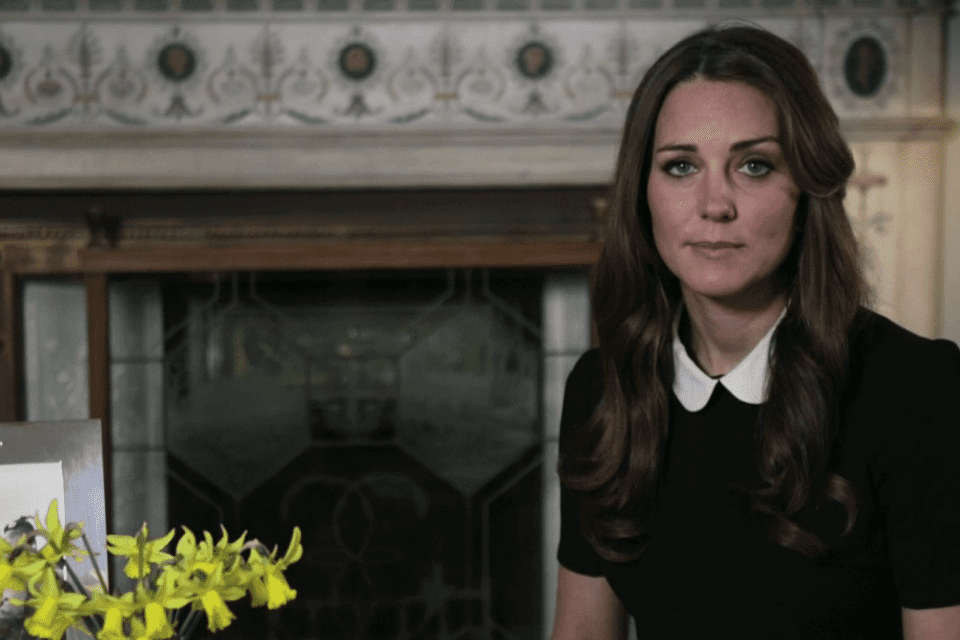 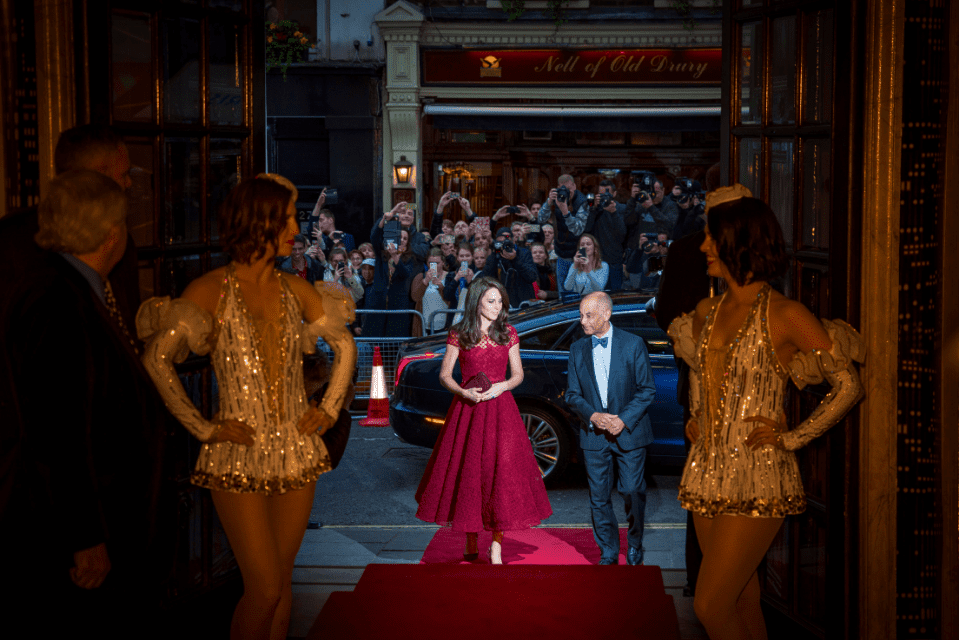 The Duchess makes such a difference to staff, volunteers and the children, young people and families who need our care. We are extremely thankful and consider ourselves honoured and very lucky to benefit from her hard work, generosity and support. 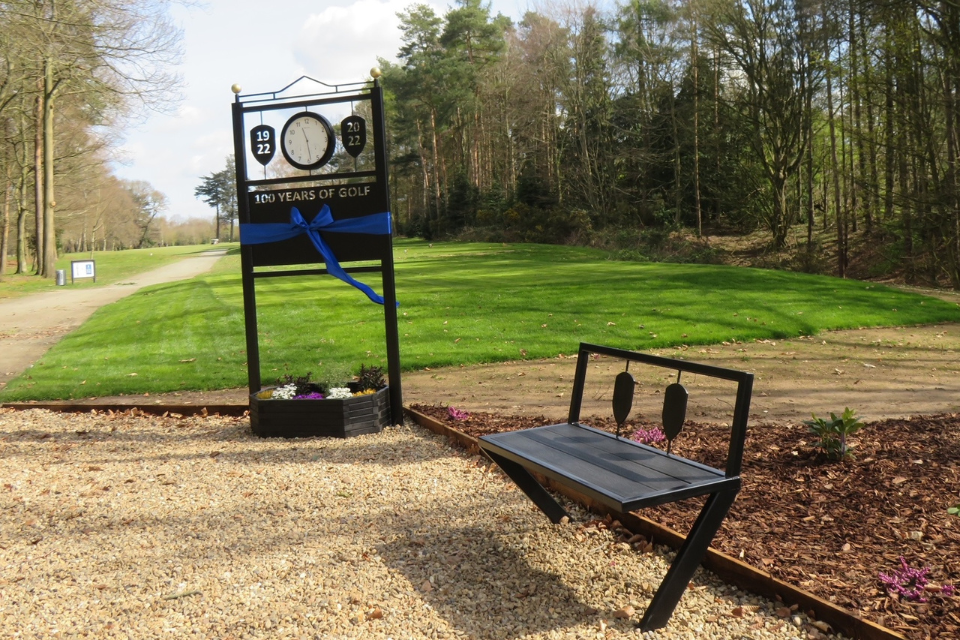 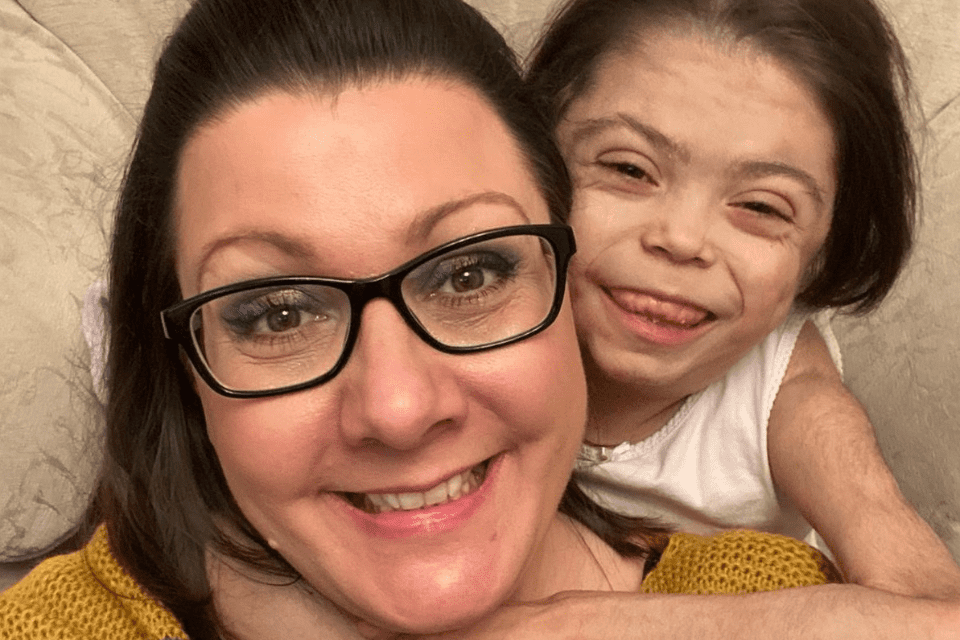 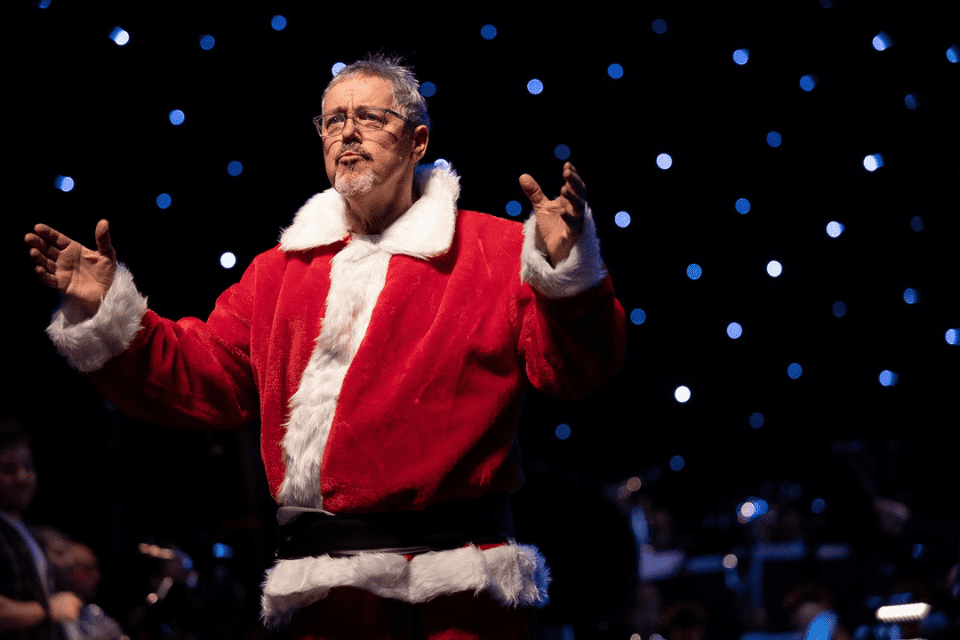