Supporters of East Anglia’s Children’s Hospices (EACH) have received a royal seal of approval, with HRH The Duchess of Cambridge praising their “dedication, generosity and achievements” in a letter to mark the start of building work on a new hospice for Norfolk.

Foundations were dug out in November after the nook appeal – launched in the presence of Her Royal Highness back in 2014 – reached £7 million. EACH’s Royal Patron called it “an exciting and important milestone” in her letter and said she would “look forward to seeing the progress of this campaign”.

It is hoped the nook, to replace EACH’s current building in Quidenham, will be operational by summer 2019. The royal letter, that has been provided for EACH’s new nook appeal brochure, explained: “As one of the oldest children’s hospices in the UK, Quidenham has been a home-from-home to many families for more than 20 years. Their plans for a new and purpose-built hospice means EACH will be able to provide even better support to more children and families in Norfolk; a 21st century hospice for 21st century care.”

The nook is being built on a five-acre site in Framingham Earl, with R G Carter leading construction. It will be spread across a single floor, have more areas for clinical care, a hydrotherapy pool, a state-of-the-art sensory room, larger and better equipped en-suite bedrooms, dedicated therapy rooms and much more.

The vastly improved facilities will mean EACH can reach even more than the 128 children and 219 family members it currently does from Quidenham, which supports 50% more young people compared to the charity’s other two hospices in Cambridgeshire and Suffolk.

Simon Hempsall, EACH Head of Marketing and Communications, said: “We’re thrilled to share such a special message from Her Royal Highness, one that marks the beginning of the hospice build and recognises the achievements of our supporters and volunteers. It’s a lovely boost for the start of a challenging year ahead, as we look to raise the final funds required to complete this vital project for Norfolk families.

“We hope The Duchess’s words make all our supporters feel appreciated and encourage even more support for the nook appeal during 2018. We really do need the whole community to help in whatever way they can.

“This message comes almost a year after The Duchess visited us at Quidenham, when she saw the many challenges we face when delivering care from such an old and restrictive building.”

The Duchess said in her letter that time spent with families during her visit to EACH at Quidenham “reminds me what a wonderful organisation it is” and how she is “enormously proud to be its Patron”.

Among other information, it features detail on how to show your support. One of the simplest but most effective ways is by taking part in EACH’s new Buy a Brick scheme. The charity is hosting a virtual wall on an exclusive section of its website – where supporters can pay £20 to have their name on a brick, £100 to have their name alongside a message or £500 to have their name, a message and an image or logo. For a donation of £1,000, there is also a special GOLD brick available for those who really want their support to stand out.

“The building of the nook will enhance the facilities EACH has and make so much difference not just to our family but so many across Norfolk.”

– a far larger care area, all on a single floor

– far more outside space for children to safely explore and play

– and facilities for family support groups, counselling, therapies and activities. 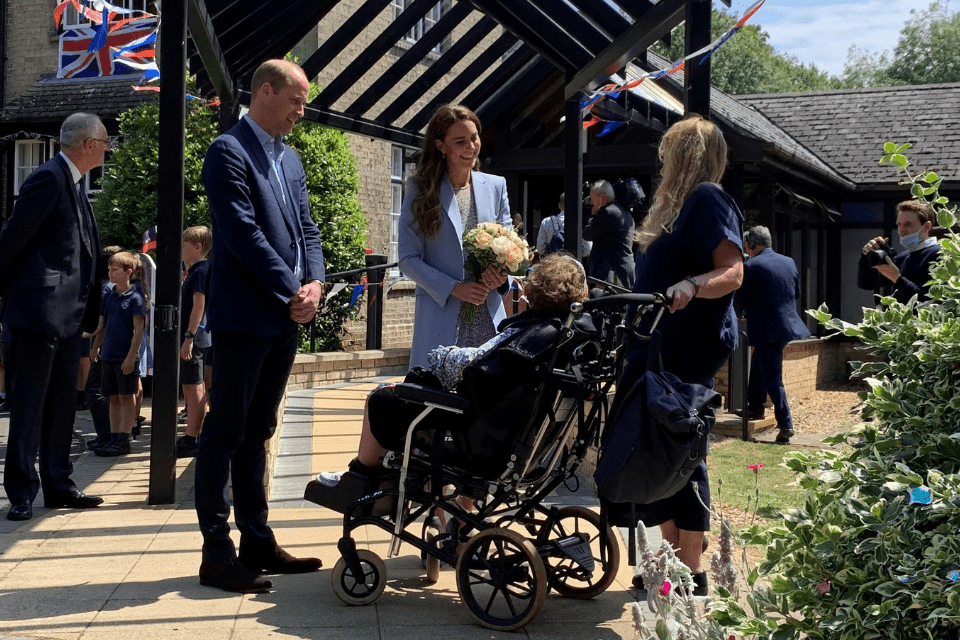