More than 300 classic scooters from all over East Anglia blazed a spectacular trail during an Easter fundraiser in rural Norfolk.

Kind-hearted riders gathered for pictures before handing over a cash donation of £1,600, in addition to toys, books and games for youngsters to enjoy.

A further donation is set to follow as the club have a St George’s Day ride planned on Sunday, 24th April.

The Easter fundraiser has become a long-standing tradition among the club’s members.

They started their journey outside the Broadland District Council offices in Yarmouth Road, Norwich, and the impressive procession included classic Vespas and Lambrettas. They were joined by friends owning Volkswagen vans.

“EACH is such a special charity and this event has become an important date in our diary,” said Jeremy ‘Jez’ Kidd, who organised the fundraiser along with John Frary.

“It started when one of our members had a daughter who sadly died, having received care at the former hospice in Quidenham.

“We started raising money and then it escalated to became an Easter egg run, featuring around 30 scooters.

“Since then it’s grown and grown and we’re very pleased and proud to do our bit.

“EACH does so much to support families and care for children and young people with life-threatening conditions.

“It’s hard to put into words how strongly we feel.”

The haul of donations included 30 cuddly toys donated by Tesco.

“We also received Easter eggs and chocolate, which we donated to the foodbank near the hospice in Pigot Lane,” added 51-year-old Jez, a long-standing EACH supporter who has previously raised money by taking part in the Norwich Half Marathon, Ride for Life and cycling from London to Paris.

“We understand the hospice can’t take food or perishable goods, because of the children’s complex dietary requirements, so tried to push people for monetary donations instead.”

The fundraising total was boosted by an auction of two items of memorabilia from Quadrophenia, organised by Jez and John. It included an original film poster signed by actor Phil Daniels and a replica model of one of the scooters from the film.

Tim Jenkins, EACH Norfolk Fundraiser, was on hand to meet the convoy at The Nook.

He said: “It was an incredible sight and the scooters looked stunning as they arrived at our hospice.

“Our sincere thanks go to everyone who made a donation, to all the members and especially Jez and John.

“This money will make a real difference in terms of the work we do supporting families here in the heart of our community.” 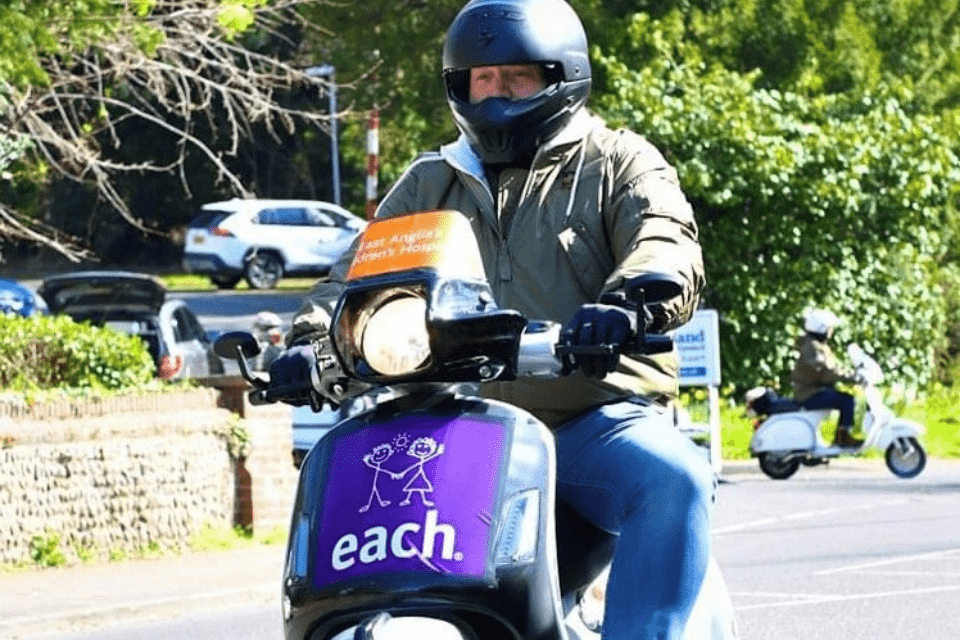 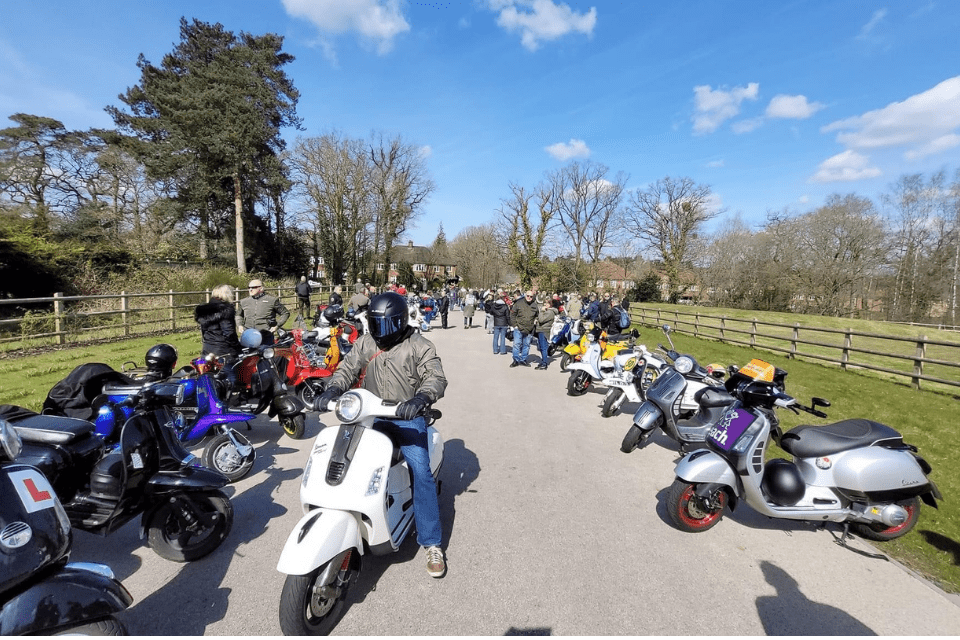