It was a lovely summer’s day in June 2016 when 26-day-old Aneira Morris underwent stoma reversal surgery at the Norfolk & Norwich University Hospital (NNUH). It was an operation that would finally enable her parents, Sonia and Ronnie, from Norwich, to take her home for the first time. But then things changed.

Ronnie recalled: “We thought we knew what to expect, but one of the consultants hurriedly said Aneira had taken a turn for the worse and we needed to come really quickly. Quite panicked, we ran through the NICU (neonatal intensive care unit) and down to the depths of the hospital. They said they’d been trying to get her heart going for some time and they kept working. At that point, I think both Son and I were holding each other praying, saying everything to get her back. Then the doctor came through and said there was nothing they could do. They asked us if we wanted to go and see Aneira’s body. We both said we didn’t because we thought it might be slightly more traumatic. They took us to a little side room, the surgeon came and saw us, they brought through Aneira wrapped in a cotton wool-type blanket and we spent what could’ve been five minutes or two hours, couldn’t tell you, just holding and looking at her.”

Sonia said: “When we lost Aneira, I just remember feeling shocked and like it hadn’t really happened. I wasn’t really sure who to talk to or where to turn to. One of the hardest things I still find now is not really accepting it. When I talk about losing Aneira I feel like I’m telling a story that, maybe, I’ve seen in a film. It’s not until I take myself back to how I felt, I then remember that actually this is real, I have gone through it, we are going through it.”

One place Sonia, Ronnie and their son, Alfie, who is five, were able to turn to was EACH.

Sonia said: “Someone from EACH came to see us the day after we lost her and talked to us about different services, and help we could get from them. They also did memory work with us, from hand and foot casts, footprints and handprints to a little pendant that has her fingerprint on and a large canvas that has Aneira’s footprints on. It was nice to have someone from EACH to talk to for emotional help and also to help us talk to and get through explaining things to Alfie.”

Ronnie added: “It was nice to have someone who wasn’t connected to the hospital, wasn’t connected to us as a family, to just listen and offer guidance. In those early hours it was really, really important. Just having someone to talk to was fantastic and then that moved on to more counselling sessions at home, being able to explore our thoughts and feelings about losing Aneira, and getting to grips with the kind of loss no parent should have to go through.”

Aneira had been diagnosed with dilated loops of bowel during Sonia’s 20-week scan and lightning struck twice when Sonia fell pregnant with a third child, making EACH’s support even more vital.

Ronnie said: “We had scans every four weeks again and were given the option to terminate the pregnancy. For us, it was a no, we needed to give this child a chance. With Aneira it was kind of a one-off, it was major organ failure. Lola was born at 36 weeks, so the same sort of time as Aneira, on 16 October 2017.”

It quickly became clear, however, Lola was suffering from chronic liver failure and she was taken to London’s King’s College Hospital for an operation just days later.

Ronnie recalled: “That was really scary, horrible. We had to take Alfie, four at the time, my mum came with us to look after him and Sonia had only just left hospital. Sonia didn’t want to go down to the theatre, but I did. I got to a certain point in King’s and wasn’t allowed to go any further, and that was horrendous. I don’t mind admitting I cried like a baby because we’d lost Aneira in theatre and your mind wanders to ‘I can lose this one in theatre as well’. Surgery took a lot less time, so when we got the call I was panicking again, thinking they’re calling way too early. It was fine, though.”

Lola eventually got transferred back to the NNUH, she was in NICU for a short time, then Buxton Ward and then had to go to Addenbrooke’s Hospital, in Cambridge. She was in hospitals for the first nine months of her life.

During that time she was diagnosed with a condition called TTC7A, relating to low immunity and bowel issues, making her one of seven worldwide. She now has various medical requirements and has to be connected to a machine 18 hours a day, with a six-hour break in daytime.

After the gruelling period in hospitals, Sonia and Ronnie plan very carefully and do their utmost to keep family life as normal as possible, although Sonia admitted it took her some time to form a bond with Lola.

“I’ve been worried about getting too attached in case anything happens and it was probably only around the start of this year I felt like my bond with Lola had become strong. Now she’s older and bigger I don’t have those thoughts, wondering whether it’s going to happen again, because she’s done so well, she’s an amazing, little girl and I always tell myself part of Aneira is living in Lola, and that helps me get through, too.”

That attitude is reflected by Alfie, who is happy to go in drawers and help find Lola’s medical equipment, but whose favourite time of the day is when Lola is disconnected and able to give him “huggies”. On Aneira, he said: “She’s always with me when I’m at school ‘cause she’s in the sky.”

Although the family are now in a happy and relatively settled period, Ronnie said they would have been “lost without EACH”.

He explained: “EACH have been with us for meetings at hospitals and explained that we can do everything we need to in terms of looking after Lola. We had emotional counselling every six weeks or so regarding how we felt and coped with Lola, and how we felt about Aneira. It’s not just emotional help they’ve provided us, but also practical help. For example, the house we live in is a council house. We were having real problems and frustration trying to explain to the council the finer points of how to live with a child with disabilities, so one of our counsellors had a polite chat and explained they needed to have a little more blue-sky thinking with us, and explain things in a clearer manner. EACH run events, too. You’ve got the Christmas parties, the circus and zoo trips, things that make us feel like a normal family.”

Ronnie also said EACH’s support of him as a father had been very important.

“EACH offer both individual and group counselling for parents and families, and what I found when we lost Aneira was that everyone was asking how Sonia was and how she was coping to a kind of point, I suppose, not on purpose, where I felt a bit left out, so when we did group counselling it was nice to speak to other fathers who’d also lost children and see how they were coping, and understand what I was going through was exactly the same as them. It was nice to have other men to speak to about losing children.”

Sonia said EACH had been equally important for her throughout their entire journey, from helping answer questions like how to tell Alfie his sister had died and discussing taboo subjects like photographing a funeral to providing an opportunity to talk with others in similar situations.

“Without EACH I feel like we wouldn’t have any memories of Aneira,” said Sonia, teary-eyed. “When we lost her, when we were in the hospital and taken to a little room in NICU, they were asking if we wanted someone from EACH to come in. I didn’t really know, I’d just lost my baby and I didn’t know if I could be talking to a stranger. When I first thought about it, I thought it was the last thing I wanted to do. I’d just like to say I’m so grateful. I really feel if EACH hadn’t have come in to talk to us we’d have lost a lot of precious things, all the memory keepsakes. Now I feel like we have part of Aneira with us because of what EACH did. We’d obviously not have been able to get these things after we’d put her in her forever bed.

“I had counselling from when we lost Aneira to help me get through that and then I asked for more counselling with Lola. It does help talking to somebody who doesn’t know you or your family. I feel like you can open up more and then they can give you different paths to take, and different ways to look at things. I no longer receive counselling, but I know it’s there and I can have it any time I want, which I might do in future as Lola has to have a bone marrow transplant. When we go to any events run by EACH, the staff are so welcoming, they know you and your family, they’ll always just help you, talk to you and be there for you. Lola’s attended the monthly child support group where there are toys and craft activities, and a nice chance for parents to meet other parents going through similar situations.”

Lola, Alfie and their parents recently attended a family open day at The Nook, EACH’s purpose-built hospice in Framingham Earl. It was the first time families supported by the charity got to have a look inside after a near five-year public appeal to raise £10 million and almost two years of building. Sonia said: “When I first walked in I felt quite overwhelmed and I thought ‘Wow, it’s just amazing’. I did have an image of what I thought it’d be like, in my head. It’s a lot bigger than I expected and everything that possibly needed to be covered has been covered. It’s going to be so good for all the families, all the children, everyone who needs it. I really like the sensory room and the soft play room because I think they’re brilliant for children to just have their own space and their own time. It’s just really, really well equipped and I think it’s amazing.” 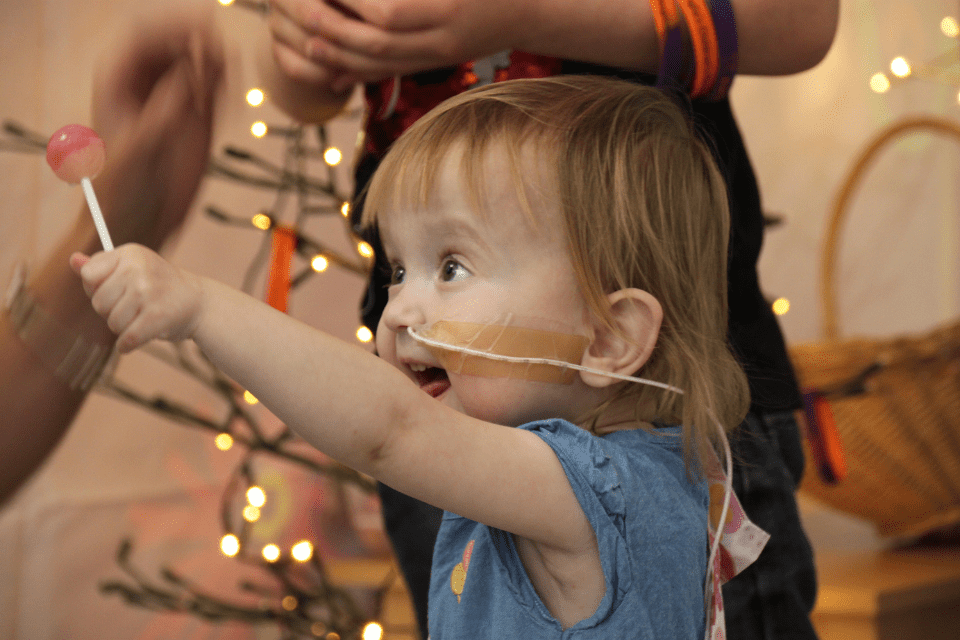 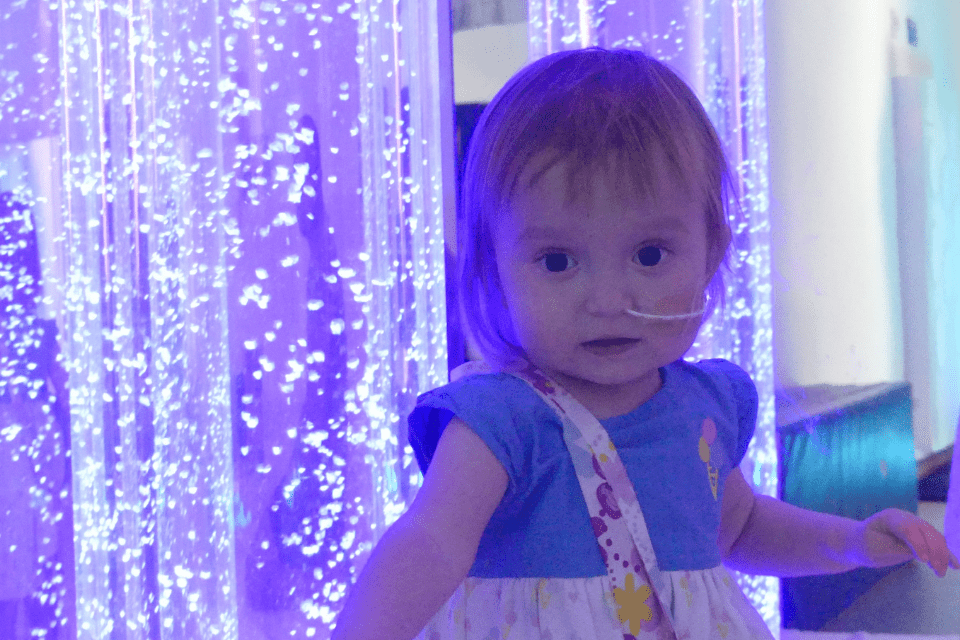 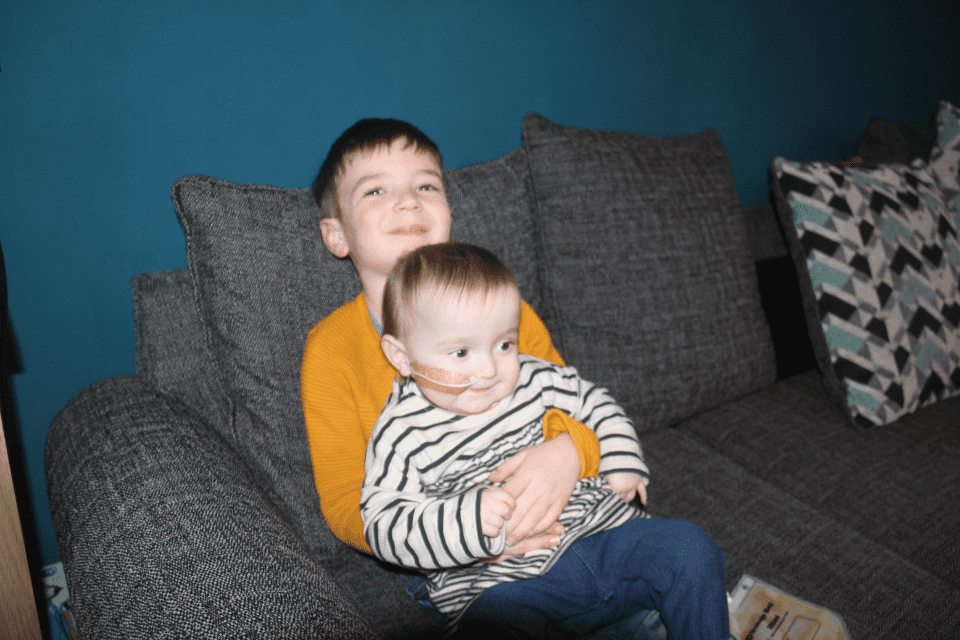 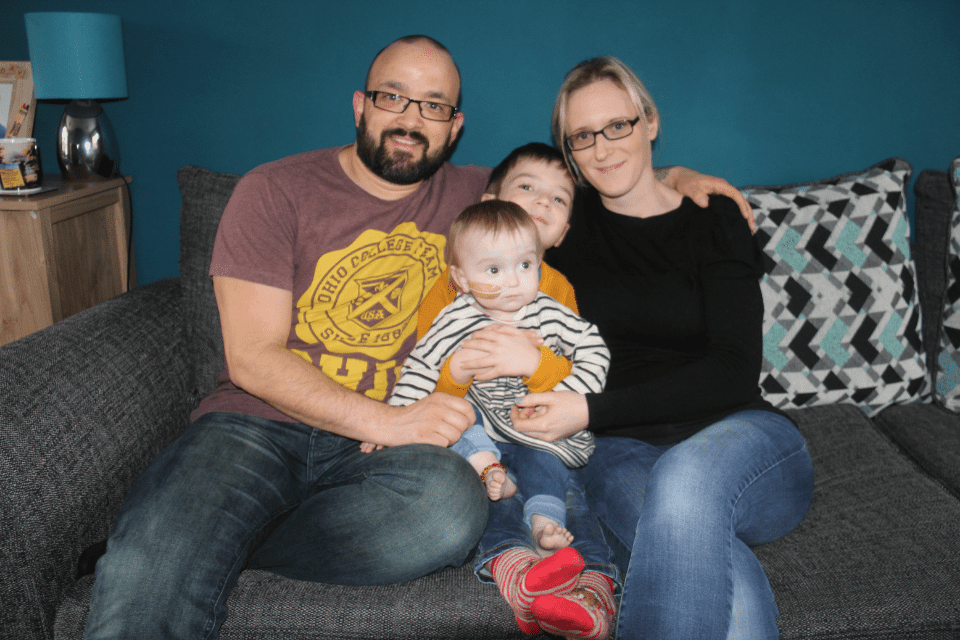 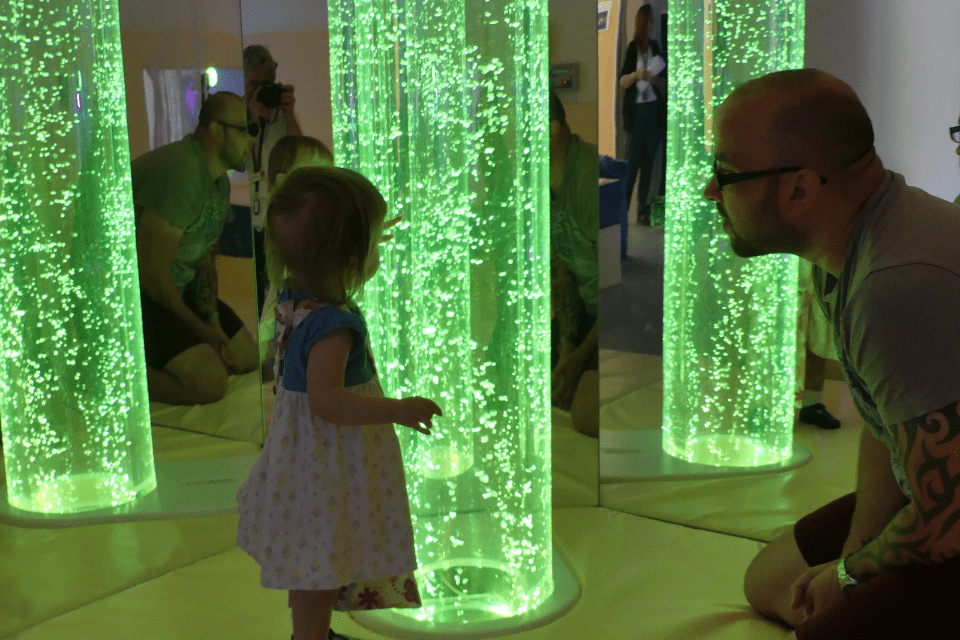 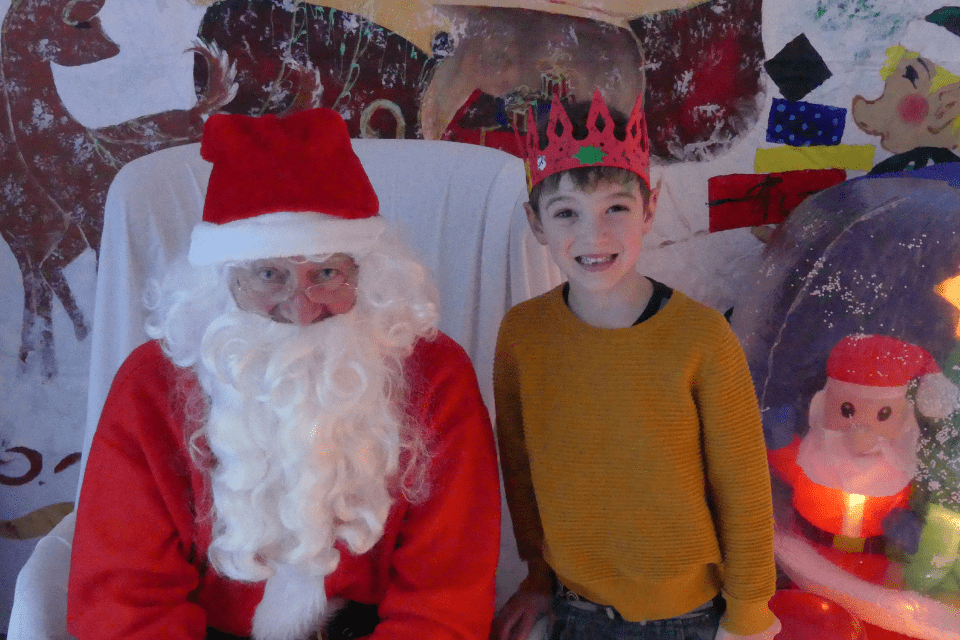