“She’s a very brave, special little girl and I’m so proud of her” – Erin’s day of festive fun raises more than £600 for EACH

Mum Helen set up ‘Erin’s Emporium’ outside their home in Ipswich Road, Colchester, and together they sold the festive gems along with crochet angels, beads, embroidery, gingerbread, jewellery and other Christmas decorations.

They were supported by family and friends and managed to raise £1,206, which will be split between EACH and the Rainbow Trust.

Erin has a number of complex health issues, meaning she requires care 24 hours a day, seven days a week. The eight-year-old and Helen are supported by EACH.

Erin’s baubles were the biggest talking point on the day and proud Helen said: “The original idea was to make 30, but we ended up producing 450 in 21 colours!

“Erin made them all, cutting out sponges and decorating them with glitter and diamantes. They looked amazing and we sold them for £5 each.

“It was a truly special, perfect day and I’m so grateful to everyone who turned up, donated so generously and spent time and money with us.

“Erin was outside the whole time and laughed and played from start to finish.

“She loved being around so many people and also spending time with her furry friends.

“It was wonderful seeing her so animated and enjoying herself. She had the best time and was in charge of the snow machine!

“It’s a day I’ll always remember and it’ll mean a lot to us forever.”

Helen said she was grateful for the support from her “dream team”, including dad Philip.

The emporium was set up under a gazebo and complete with a stunning balloon arch.

Erin’s day was capped by a special visit from Father Christmas, who took time out from his busy schedule to visit North Essex.

“Erin had a huge surprise when she saw Santa,” added Helen. “He gave her the best sack of presents imaginable.

“Later that evening, as I counted the money we’d raised, I could hear Erin having a snowball fight with two nurses from EACH.

“The value of that support is so valuable to me – it far exceeds the value of the money – and hopefully this donation will help families like ours.

“Erin’s a very brave, special little girl and I’m so proud of her.

“We’re very much living in the moment and looking forward to our Christmas together.”

Helen and Erin make weekly trips to EACH’s hospice at The Treehouse, in Ipswich.

The event was organised by tireless supporter Griff Rhys Jones and he was joined on stage by a host of celebrity pals including Eddie Izzard, Stephen Fry, Johnny Vegas, Clive Anderson, Ed Byrne and West End star Ruthie Henshall.

During the show, the audience were shown a powerful film about Erin. To watch it, head here.

To read more about Erin, Helen and the support they receive from EACH, head here. 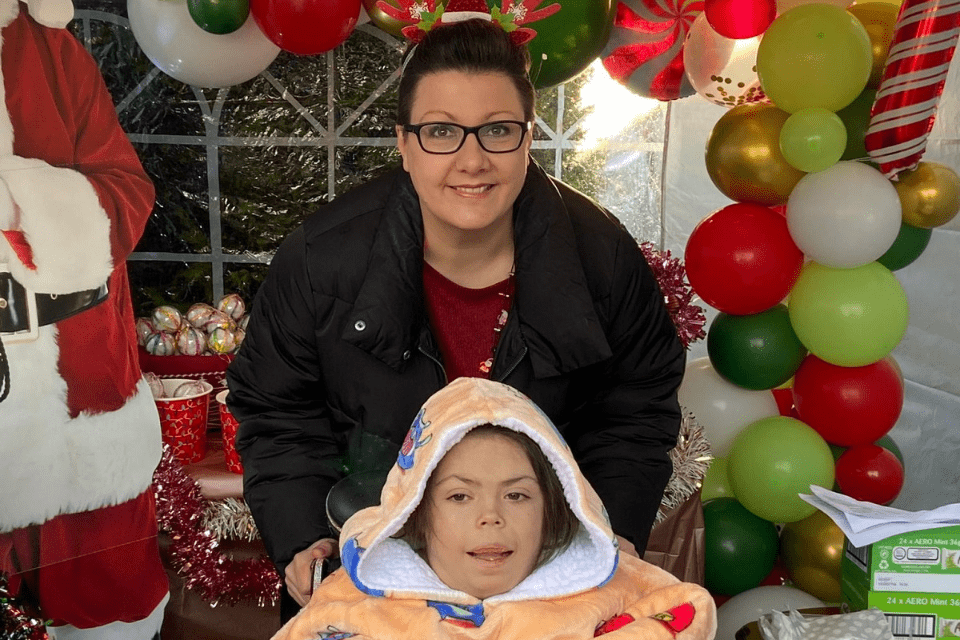 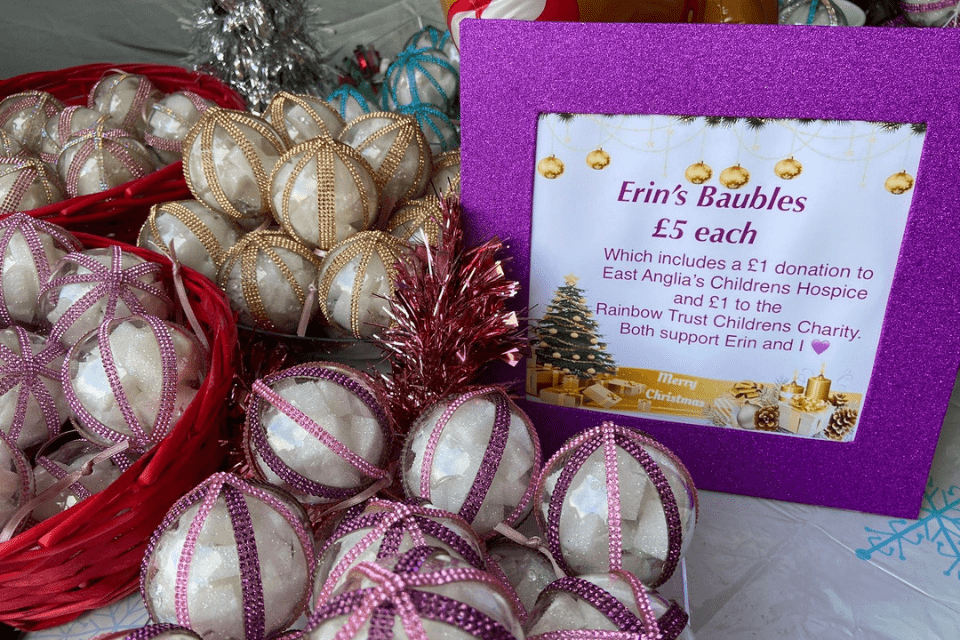 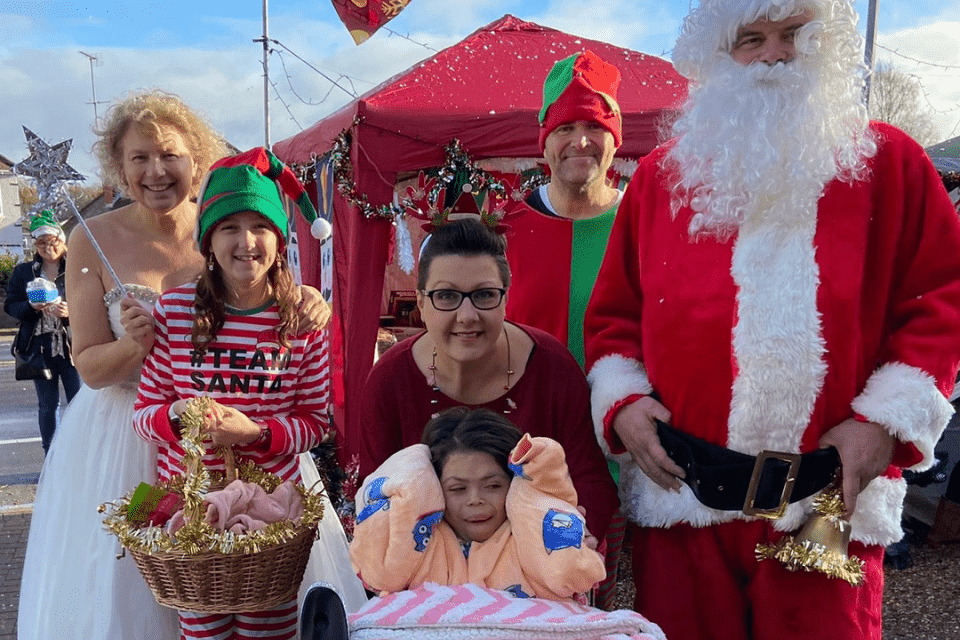