Royal Norwich charity day proves an un-fore-gettable occasion as 112 golfers get in the swing and raise £32,000 for EACH

Golfers clubbed together and raised a tee-rific £32,000 during a special fundraiser in aid of East Anglia’s Children’s Hospices (EACH). More than 100 players signed up and competed for honours at Royal Norwich Golf Club. The triumphant quartet came from Barclays but the real winner was EACH, which supports families and cares for children and young people across Norfolk and the rest of East Anglia.

In addition to raising much-needed funds, the day was organised in memory of Stanley McLean. Stanley, the son of EACH Trustee Brad, was born with a heart condition called Tetralogy of Fallot, complicated by a missing pulmonary valve, at the Norfolk and Norwich University Hospital. He died when he was just 18 months old, in July 2012.

Twenty-eight teams of four competed on the day, teeing off on a two-tee start from 10am. There were various course competitions, including nearest the pins, beat the pro and a chipping competition into a boat on the lake on the 17th hole, sponsored by Marine Power. EACH Corporate Fundraising Manager Caroline Allen said: “It was a hugely successful day and we were thrilled to raise £32,000. It’s an incredible amount.

“Our thanks go to everyone who signed up. We hope they had a wonderful day and enjoyed the occasion. Royal Norwich generously donated the course for free, which was a such a kind gesture, and we were indebted to the businesses that supported us, in particular our headline sponsor, MCB Financial Services. Managing director Mark Burton is also vice-chairman of the golf club and an integral part of the organisation of the day.

“Our thanks also go to Adrian Flux (who sponsored the auction brochure) and Daly Group (who sponsored the putting green), in addition to the individual hole sponsors – Ledan Windows, Bateman Groundworks, PNC Business Credit, Planning Manager Ltd, Mediterranean Shipping Company and KKD Finance.” The Golf Day took place on Friday, 8th July and all participants were welcomed with a full breakfast and glass of fizz, followed by refreshments as they made their way around the course. These were provided by WhataHoot Gin, Bruha Brewery and ice cream courtesy of Ice Cream Dreams.

They also had the chance to tuck into pizza at the halfway point. The day finished with a sumptuous buffet and barbecue, a prize presentation and an auction. Barclays were the victorious team while the runners-up were last year’s winners, Daly Group. 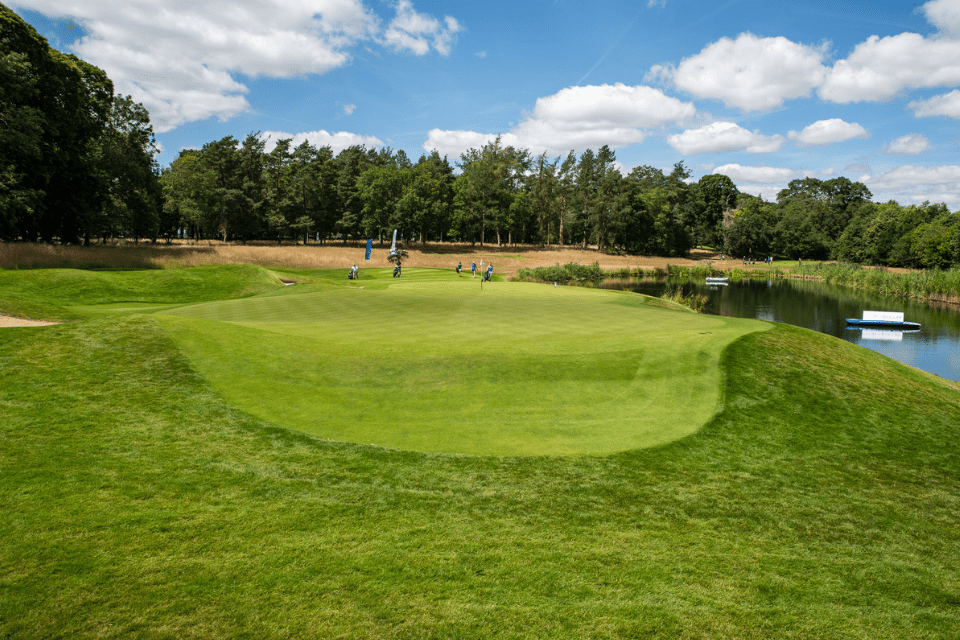 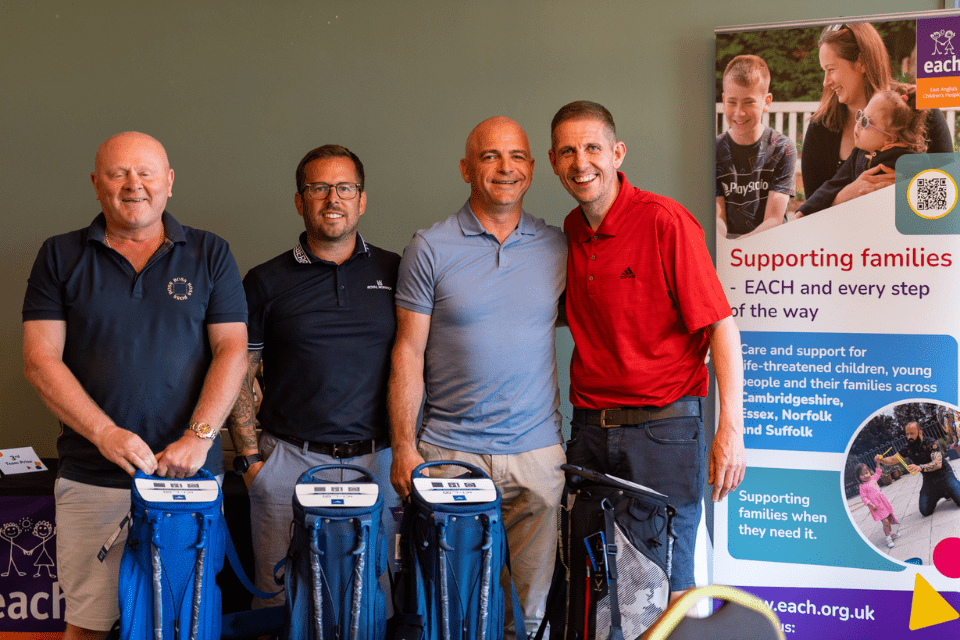 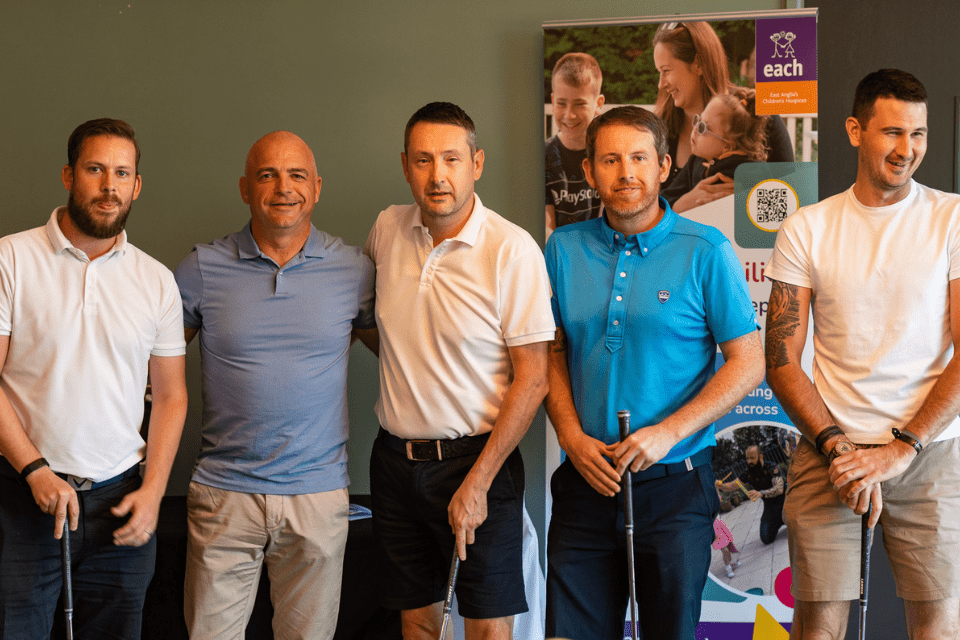 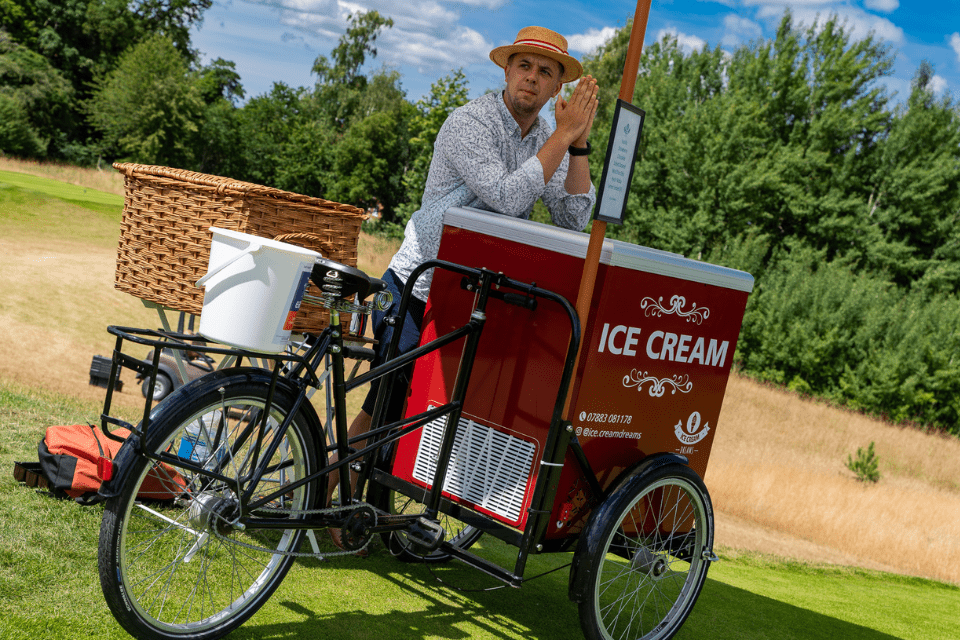 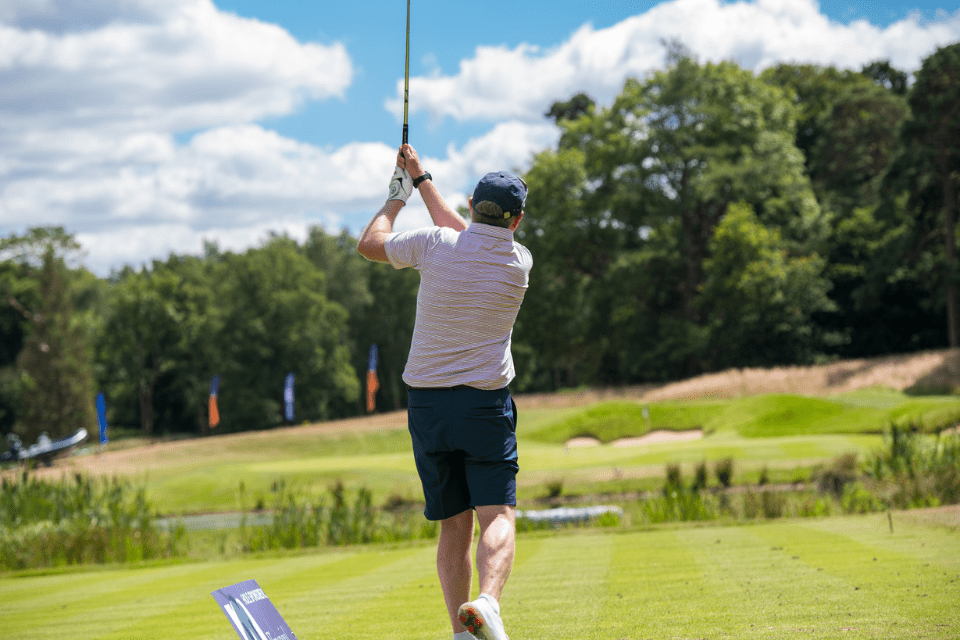