Runners have the chance to pose with a real-life Olympic torch during Queen’s Platinum Jubilee celebrations in rural Suffolk. The torch relay event starts and finishes at Helmingham Hall, near Stowmarket, on Friday (3rd June).

It will pass through Helmingham, Otley, Swilland, Witnesham, Tuddenham, Westerfield and Ashbocking and 120 people have signed up to collectively tackle the 17 miles. Helmingham Hall was chosen as a topical base because members of the Tollemache family, who have resided there for hundreds of years, were good friends with the Queen and Duke of Edinburgh.

The Royals enjoyed visits to the 16th Century hall and young members of the Tollemache family are taking part in Friday’s event. An added bonus is that runners will have the chance to be photographed with a torch from the London 2012 Olympic Games.

In return, they can make a donation and all proceeds will go to East Anglia’s Children’s Hospices (EACH), which supports families and cares for children and young people with life-threatening conditions across Suffolk. Organiser Steve Henley said: “This is the third time we’ve held our torch relay, with the previous ones being in 2012 and 2014.

“Both times we managed to raise four-figure sums for EACH. Hopefully this one will be just as successful and, as well as people donating for a photo, we’ll be taking collection buckets along the way. Some are walking, some are running individual legs and a couple are running the whole 17 miles. It should be great fun.

“Helmingham Hall is our base and we thought that would be appropriate, given the Tollemache family’s connections to the Queen. They’re also having an open day on Friday, so there should be lots of people about to support our runners at the start and finish.”

The event gets underway at 11am and there are handover points along the way, with at least one in each of the seven villages. Some have two. The last relay runners are due back at Helmingham Hall at approximately 3pm. The handover points will centre around pubs where runners can quench their thirst with a well-earned drink.

The pubs in question are The Railway Inn and The Swan, both in Westerfield, The Barley Mow, in Witnesham, The Moon and Mushroom, in Swilland, and The Fountain, in Tuddenham.

In addition, Otley travel company Navigator have offered free use of a coach so runners can jump onboard if they are feeling tired. There are no places left for runners but members of the public are welcome to watch the action start and finish, as well as pose with the torch. 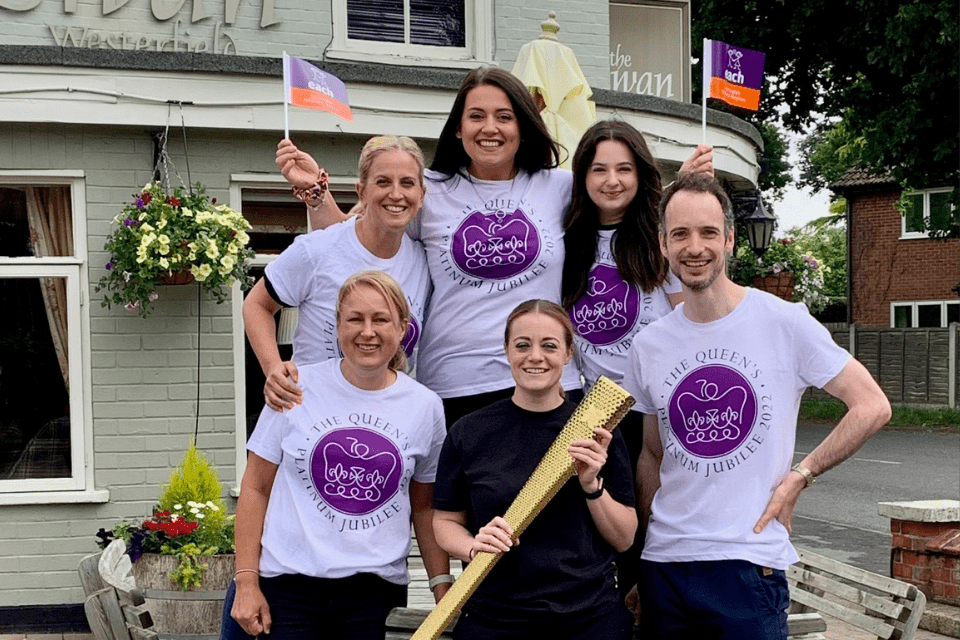 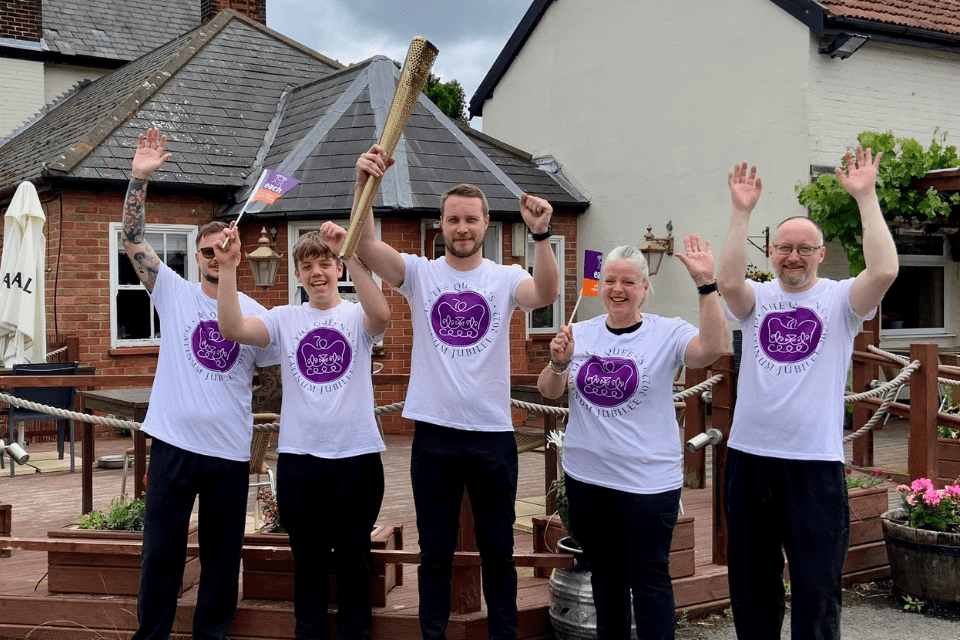