A campaign to recruit extra charity shop volunteers has resulted in nearly a hundred new sign-ups.

The East Anglia’s Children’s Hospices (EACH) We Need You initiative ran for a fortnight in January.

It featured daily interviews with existing volunteers and eye-catching signage in the charity’s 44 shops, across Norfolk, Suffolk, Essex and Cambridgeshire.

As a result, 92 people have stepped forward and offered their services – taking the army of EACH Retail volunteers to nearly 1,000.

Ian Nicolson, EACH Director of Retail, said: “We’re thrilled with these figures and grateful to everyone who has come forward and offered their support.

“Ninety-two extra recruits is very impressive because, as I’ve said before, volunteers are the lifeblood of our organisation. Without them, charity retail isn’t a viable operation.

“Volunteering is rewarding on so many levels. You get to work with a great bunch of people, be part of a loved charity shop and make a huge difference to the lives of the children we care for by helping the retail team raise such a significant amount of money.

“I’m so pleased this campaign resonated with the public and they felt compelled to step forward. We look forward to welcoming them to our team.”

In terms of figures, two of the big successes came at EACH’s shops in Colchester High Street and Unthank Road, Norwich. Both recruited nine new volunteers.

Six people signed up at Dereham, five in Holt and four apiece in Diss, Felixstowe, Framlingham, Huntingdon, Poringland and Woodbridge.

Speaking at the start of the campaign, Ian revealed that volunteer numbers were down 21% compared to figures pre-COVID.

At one point it was 50%, although it still equates to just short of 200 volunteers.

To sign up or for more information about volunteering, head to www.each.org.uk/get-involved/volunteering or email volunteerservices@each.org.uk

There are a host of roles available and the charity is still keen to hear from anyone who has time to spare, even if just a couple of hours a week. 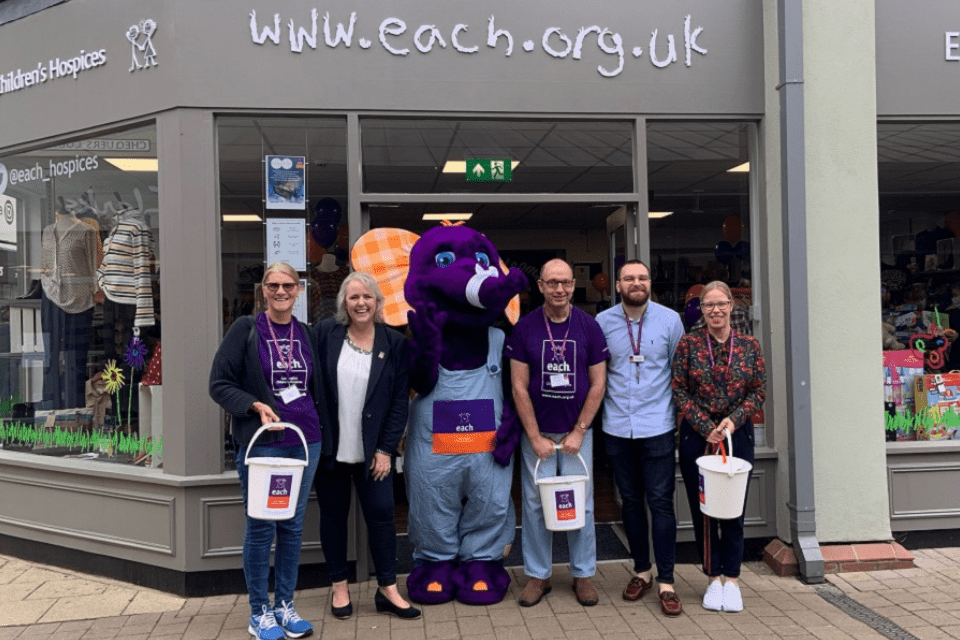