The annual event was organised by students and teachers at St Mary’s School, in Cambridge, and took place at Lammas Land, in Newnham Road.

Participants donned fancy dress and ran laps of the park, to raise money for charity.

Between them, they managed to raise a record-breaking £14,970 to be split between EACH, Cambridge Women’s Aid, Alzheimer’s Research UK, Young Minds, CJ Community in Zimbabwe (for building a new secondary school in Mbizo) and RENATE (Religious in Europe Networking Against Trafficking and Exploitation).

“In the fun run, and in focusing our fundraising generally, we try to adopt local, national and international causes,” said Daniel Bennett, Head of Religious Education and Director of Christian Life at St Mary’s.

“EACH is a charity we have supported in the past.

“It was chosen for the list this year by students helping to organise the run as both a local charity and one that was for the benefit of children and young people.”

Students and staff created an array of imaginatively designed costumes to fit the chosen theme of ‘Fun Run – The Musical’.

Headmistress Charlotte Avery dressed up as a Lion King character and other fantastic costumes included Mary Poppins and Aladdin.

EACH supports families and cares for children and young people with life-threatening conditions across Cambridgeshire.

One of its three hospices is in Milton and the charity has seven shops across the county – Histon Road and Cherry Hinton Road, both in Cambridge, Cherry Hinton, Ely, Huntingdon, Soham and Whittlesey. 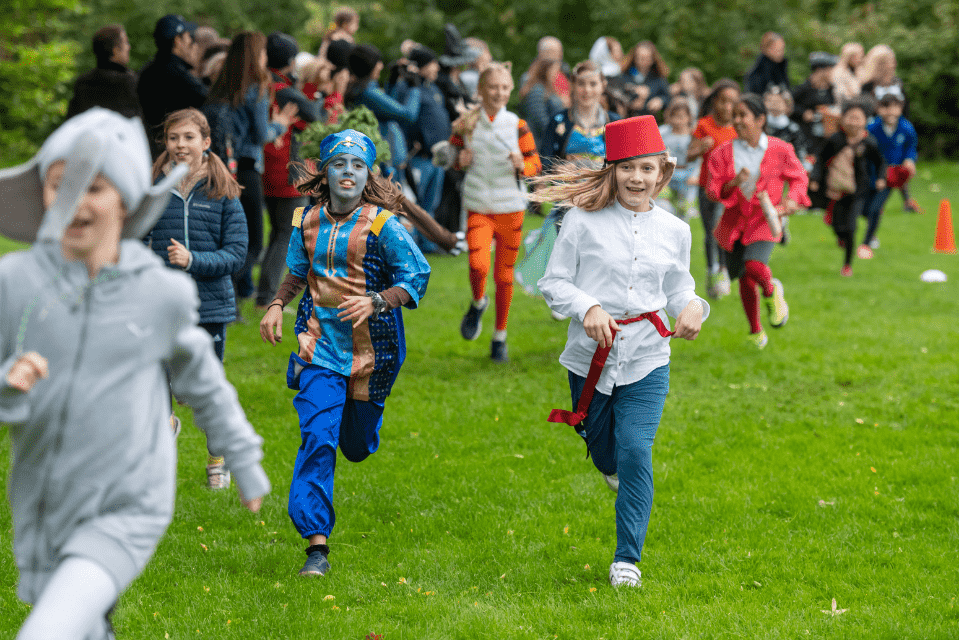