Fundraising friends are preparing to scale the heights for charity. Adventurous Kelly Williams, who lives in Long Stratton, and Louise Wiseman, from Harleston, have signed up for the Peak District Ultra Challenge.

What started as a discussion about completing a 10km inflatable fun run in Norwich led to the pair signing up for the monster event, which takes place in July and involves walking throughout the night, continuously for an eye-watering 100km (62 miles). The only time they will stop is for food, water and comfort breaks and the pair are raising funds for East Anglia’s Children’s Hospices (EACH) and Cancer Research UK.

Kelly, 40, and Louise, 30, have known each other for 18 months and are colleagues at Susan Whymark Funeral Service Ltd, in Harleston. Kelly said: “It’s going to be tough but we’re both excited and looking forward to it. We’ve been doing various training walks in the local area, ranging from 15 to 22 miles so far, and visited Derbyshire for a hill training walk earlier in June.

“We’re not under any illusions and know it’s going to be a challenge, both physically and mentally. Walking in the early hours of the morning, when it’s dark and eerily quiet, will be bizarre. However, we’ll have each other and will meet lots of other people. We’ll buddy up and those conversations will keep us going.

“It’s definitely going to be a case of mind over matter and we hope to raise as much as possible for our charities, including EACH. EACH is a local charity close to everyone’s hearts and makes the world of difference at a difficult time in people’s lives. Anything that supports them and puts smiles on faces has to be worth raising money for.

“Due to working in the funeral industry, we meet lots of families at hard and emotional times in their lives, who need the support provided by many charities. So, by taking on this challenge, it’s our time to say ‘thank you’ for all the work they do.”

The Peak District Ultra Challenge is being held in the National Park on 9th and 10th July, with the base camp being in Bakewell. More than 2,000 adventurers are taking part and while there are different options available, the full 100km challenge follows a tough figure-of-eight route through deepest Derbyshire.

Kelly and Louise are no strangers to supporting EACH, they previously organised a children’s fun day several years ago, to support The Nook fundraising appeal, raising £1,000.

This time they wanted to beat their previous total and, over the last six months, the pair have organised several community events, including a Stars in their Eyes-style show at The Queens Head, in Long Stratton, and an Easter family fun day at Netherton Steakhouse, also in Long Stratton.

In addition, they organised a book sale outside the Susan Whymark Funeral Service Ltd office in Harleston, which helped bring their current fundraising total to just over £2,800. It will be split between the two charities.

“We love doing crazy things and, while there’s a bit of anxiety, we’re mainly excited about the challenge,” said Louise. I like pushing myself to do things out of my comfort zone and feel passionately about supporting these charities. They do so much for families we care for and it’s rewarding for us to be able to give something back to help make a difference.”

To make a donation, head here. 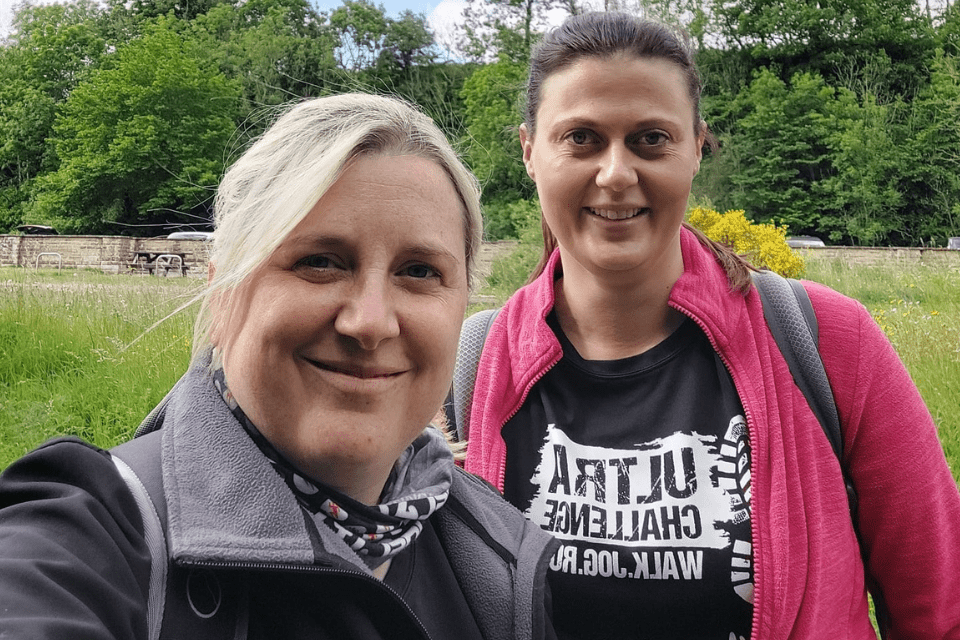