A dad whose baby daughter died after just six weeks is preparing for an epic fundraising walk along the North Norfolk Coastal Path. James Harrowven, from Norwich, is taking on the 83-mile trek from Hunstanton to Hopton to raise money for East Anglia’s Children’s Hospices (EACH).

He will be joined by four friends and plans to camp along the way, hopefully completing the full length of the path in two days. James is supporting EACH as little Chloe, who had an extremely rare, genetic condition called Zellweger’s Syndrome, spent the final week of her life at The Nook, in Framingham Earl. She died on 13th September 2021.

The 32-year-old, who turns 33 on 17th July, is embarking on his walk on 5th August and will be joined by Nick Eagle, Sam Willis, Adam Willis and Jack Wenham. “It’s going to be a real challenge and the most I’ve walked so far is 20 miles,” said James. “Doing 83 in a couple of days is therefore going to be tough but I’m looking forward to it. It should be an experience!

“Sam’s parents have walked the entire route, albeit over a much longer period of time, and that’s what gave us the idea. We thought if we could do the whole thing in a couple of days it would be amazing. I’ve been very pleased with the way the fundraising has gone so far, especially as my initial target was £1,000.

“The amount continues going up and I’ve been truly blown away and humbled by people’s generosity. We’re so grateful to everyone who has shown their support and donated for this incredible cause and now our target is £7,500 (£500 to fund a memory bench or tree for Chloe, to be located somewhere at The Nook, and £7,000 which is what it costs to run The Nook for a day).

James says he wanted to give something back to EACH, as a way of saying thank you for the care Chloe received. He is also grateful for the support he and wife Michelle, 30, received at The Nook. “Chloe was born on 2nd August and what happened in the next six weeks changed our lives forever,” said James.

“She needed 100% ventilation and started having seizures. After a week on the neonatal intensive care ward, she was diagnosed with a rare genetic condition called Zellweger’s Syndrome. “The last diagnosed case in the hospital (Norfolk and Norwich University Hospital) was over ten years ago.

“We quickly went from proud, excited new parents to new parents with a very ill, special needs child to then grieving the loss of our second child. It was like nothing we could ever have imagined but we feel so fortunate that the final week of Chloe’s life was spent with the incredible team at EACH.

“I admit I didn’t know much about the charity when we offered the chance to go to The Nook. However, I can safely say that the support we received was amazing.”

Zellweger’s Syndrome is a peroxisomal disorder involving the creation and function of peroxisomes, which are needed for the body to function properly. Peroxisomes are part of a cell impacting every system in the body, including breaking down fatty acids and producing lipids that are vital to the nervous system, digestion and the brain.

James and Michelle were initially told their daughter could live for a year, although the majority do not make it past six months. “We didn’t know what the future held and were getting ready to go home from hospital,” said James.

“Then we were given the option of stepdown care, at The Nook. “It was basically a way of bridging the gap between the hospital and home and felt like the right thing to do.

“Alfie (who has just turned three) also got to meet his little sister during that time. After a few days there we were preparing to go home when Chloe deteriorated. Things went rapidly downhill but had that happened at home it would have been so much worse. We were in the right place, in terms of help and support, and, in that respect, it was the best decision we made.”

James says he and his wife will always be grateful to EACH. “We couldn’t have got through those last few days without having that support around us,” he said. “It was beyond anything we could ever have wished for. Although Chloe didn’t make it home, we’re so happy she got to spend her final days with us both by her side and that’s why we’re so keen to raise funds and awareness for this incredible charity.

“We want to do something to repay that help and kindness. It took the weight off our shoulders and the care team were absolutely fantastic. They couldn’t do enough for us. They gave us time and space, leaving us to come to terms with everything that was happening. Equally, we knew they were right there if we needed them so we never felt alone.

“They cooked us meals and looked after us, which meant the world and made such a difference. It was incredible and we want to show our thanks.” 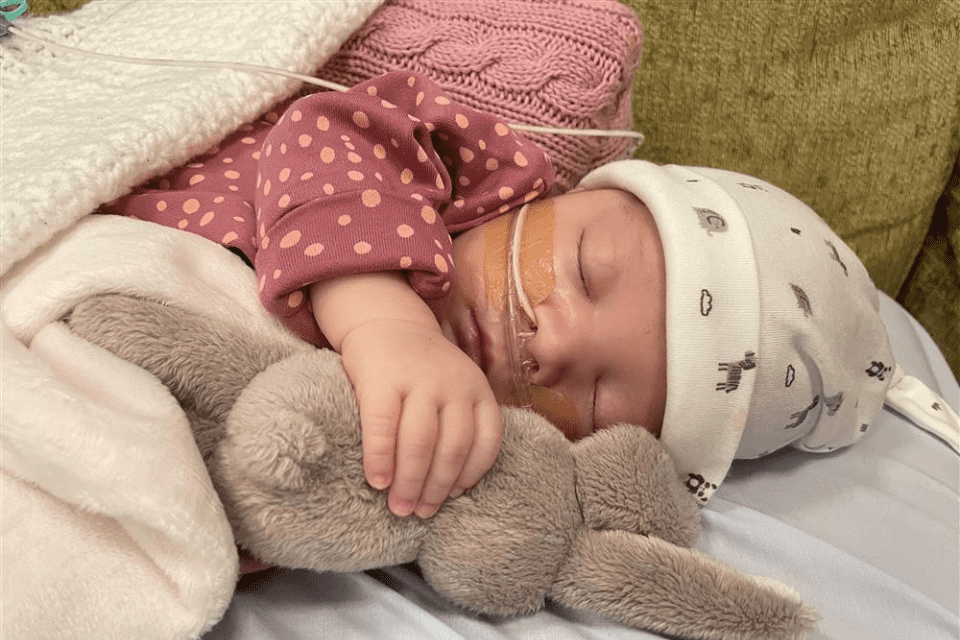