“It’s a superb achievement and a lasting legacy of Connor’s kindness” – Red Wine Talk’s poignant charity single raises £1,300 for EACH

A talented songwriter who penned a charity single in memory of his friend who committed suicide has described the process as “humbling and heart-warming”.

Callum Robb, from Norfolk indie-rock band Red Wine Talk, wrote The Deep Blue Sea Between Us about pal Connor Clark. The 18-year-old was training at the Royal Marine Commando Training Centre, in Devon, but took his own life on 12th June, 2021.

Callum, 25, decided to glean a positive from the harrowing situation and wrote the single to raise funds for East Anglia’s Children’s Hospices (EACH). His lyrics were penned after attending Connor’s celebration of life ceremony – a gathering held at Crusaders Rugby Club, in Norwich.

The single was released last December and, in the six months since, it has raised £1,300 for EACH, which supports families and cares for children and young people with life-threatening conditions across Norfolk, Suffolk, Cambridgeshire and Essex.

Callum, who plays the guitar, said: “I remember being at the ceremony and everyone in attendance knew and loved Connor. It’s a bitterly sobering moment when you find yourself looking around at childhood friends in tears, mourning a friend who has died at the age of just 18. The rawness, emotion and love protrude through in the lyrics and it’s humbling and heart-warming to witness the joy it’s brought to so many people, especially Connor’s mum, dad and brother, Tracy, Andy and Alex.

“It’s great to know it’ll always be there in our collective experiences and can be listened to in a moment of reflection. For me, the song brings some context to the grief and, looking back on what we produced, fills me with pride.”

The Deep Blue Sea Between Us, mixed and mastered by producer Tom Joy, is described as an ambient ten-minute track and Red Wine Talk were invited to perform it in front of the BBC Look East cameras. Connor’s parents were listening for the first time, adding to the emotion of the moment, and it was followed by an interview about the impact of suicide on families left behind.

“We also performed The Deep Blue Sea Between Us live for the first time, and in its entirety, as an encore at our last headline gig at Epic Studios, in Norwich, on 11th March,” added Callum. “Playing it to a 300-strong crowd was amazing and I was fighting tears, playing through the instrumentals, especially as Tracy had made her way to the front to take it all in.”

Since the release of the song and the BBC report, members of the band have been approached by people struggling with their own mental health.

“The song was meant to bring Tracy, Andy and Alex some joy and spread awareness around mental health,” said Callum. “However, even if one person feels empowered to talk to their mates about how they’re struggling then it’s been a success in our eyes.”

Callum and his bandmates recorded their single in a studio in November. It was then mixed and mastered for release on all streaming platforms and CD.

The band were delighted to raise so much for EACH. Callum said: “It’s a superb achievement and a lasting legacy of Connor’s kindness. He was a good friend of the band and I know he would have loved us to support an amazing charity like EACH.

“Reaching this fundraising milestone is amazing and a much-needed positive distraction from the first anniversary of his suicide. It seemed fitting to hand over the money around this date. Despite the sadness of the anniversary, we thought it would help reignite the all-important conversation surrounding young male suicide.

“EACH helped us germinate the idea and let it blossom into what it’s become and we know the donations will be put to very good use We’re very grateful for the support.”

A special cheque presentation recently took place at EACH’s office near The Nook hospice, in Framingham Earl. Norfolk community fundraiser Tim Jenkins said: “The last year must have been such an emotional time for the boys and I can’t begin to imagine how they’ve been feeling since last June. However, to have raised such a wonderful amount deserves all the praise we can offer. We’re very grateful and this money will help us continue providing our vital care services across Norfolk and East Anglia.”

Callum’s bandmates are singer Ed Brookes, 23, guitarist and saxophonist Fred Clements, 21, drummer Adam Smith, 21, and bassist Kain McBarron, 21. Callum, Ed and Adam are based in Norwich while Fred and Kain live in Great Yarmouth. Red Wine Talk have played at the Latitude Festival and are well known on Norwich’s indie scene, since surfacing in 2018.

To make a donation and support the fundraising single, head here. 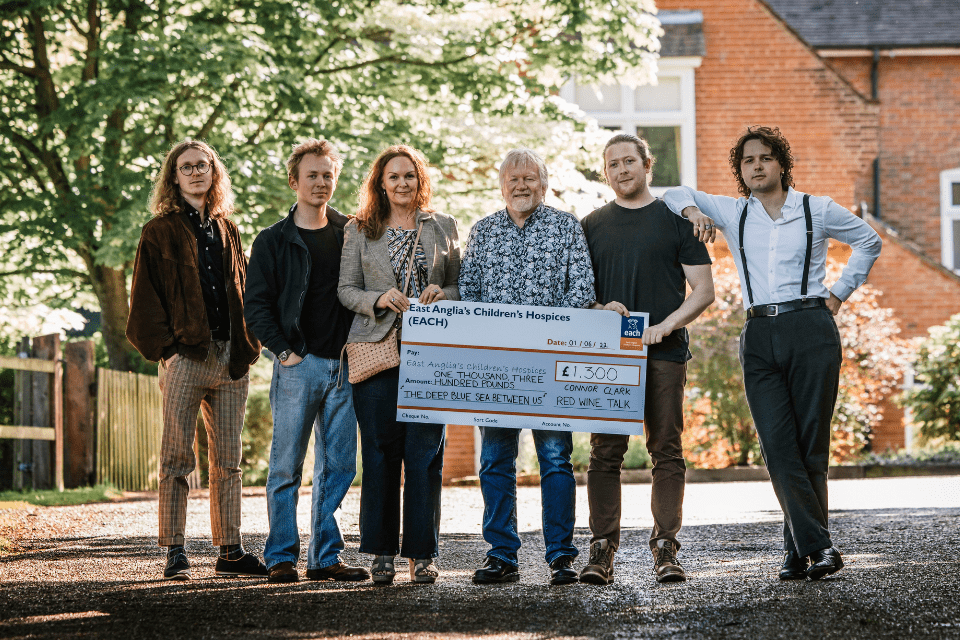 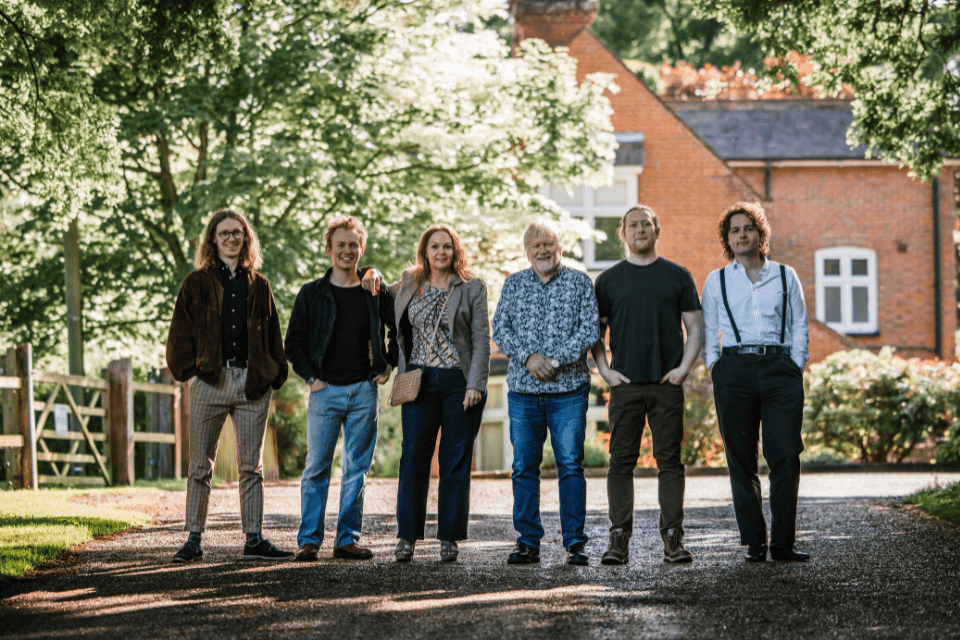