“It’s a significant amount and will make such a difference” – Norwich’s popular Bubble Rush raises more than £44,000 for EACH

A foam-filled fundraiser has been hailed a major success – smashing expectations and generating more than £44,000 for East Anglia’s Children’s Hospices (EACH). The charity held its Bubble Rush bonanza in Norwich’s Earlham Park on Saturday, 16th July.

Children and parents alike jogged, walked, danced and toddled through the foam during a madcap day of giggles and colour. The total raised comfortably exceeded expectations and was nearly £10,000 more than the £35,000 in 2021.

The number of people taking part was also significantly up, with 1,650 participating this time around compared to last year’s tally of 1,190.

EACH Events Fundraiser Hannah Forbester said: “We were thrilled with the way our Bubble Rush went and couldn’t have been happier to raise more than £44,000.

“It’s a significant amount and will make such a difference to our work supporting families and caring for children with life-threatening conditions across Norfolk and the rest of East Anglia. It was a great day and one that will live long in the memory, with so many people having such fun.

“I spent some time standing by one of the bubble arches and it was a real joy seeing people’s faces and hearing the laughter. When they emerged they were absolutely covered in foam and it seemed to bring out a playful streak in everyone – adults and children alike.

“The whole day was a huge success and I’m delighted to confirm that we’re planning to bring the Bubble Rush back to Norwich in 2023.” It was the fourth time EACH has held one of its popular Bubble Rushes in the city and a similar event was staged in King’s Lynn on 26th September.

The course featured four bubble stations along a 2.5 km route. Participants could do one lap or double their enjoyment by completing the circuit twice. Each bubble station had a cannon that pumped out coloured foam to create a giant bubble bath. Everyone who finished received a medal and T-shirt.

“Aside from everyone who signed up and supported us, I’d also like to thank our event host, Gary Stevens,” added Hannah. “He gave up his time for free and did a brilliant job getting everyone pumped up and in the mood. Likewise Zumba Kat, who organised a mass warm-up before the first wave of people disappeared into the foam.

“We were also very grateful to Bateman Groundworks, who sponsored the event and helped ensure it was such a success.” EACH has three hospices, including The Nook at Framingham Earl. 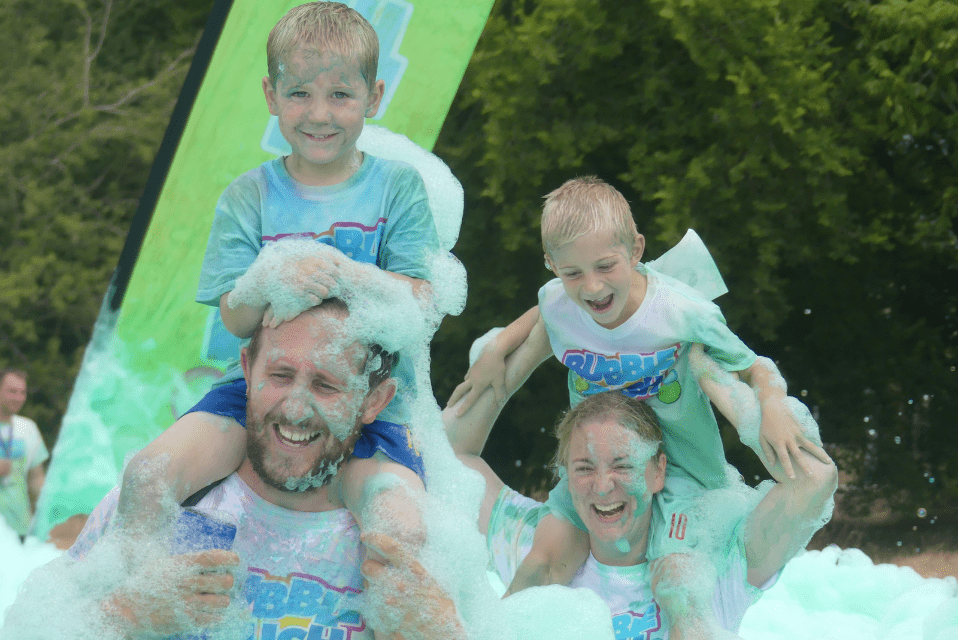 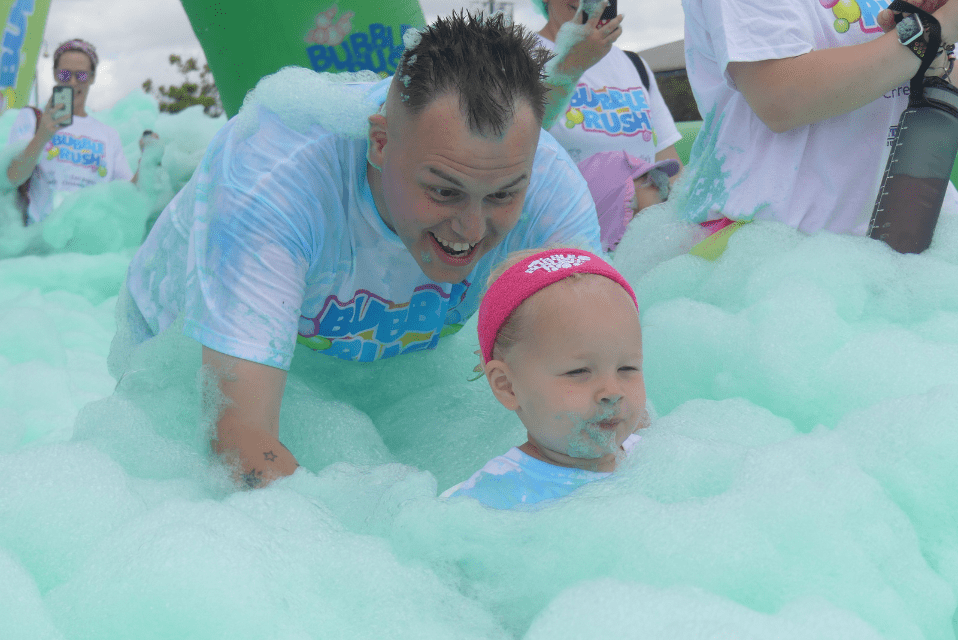 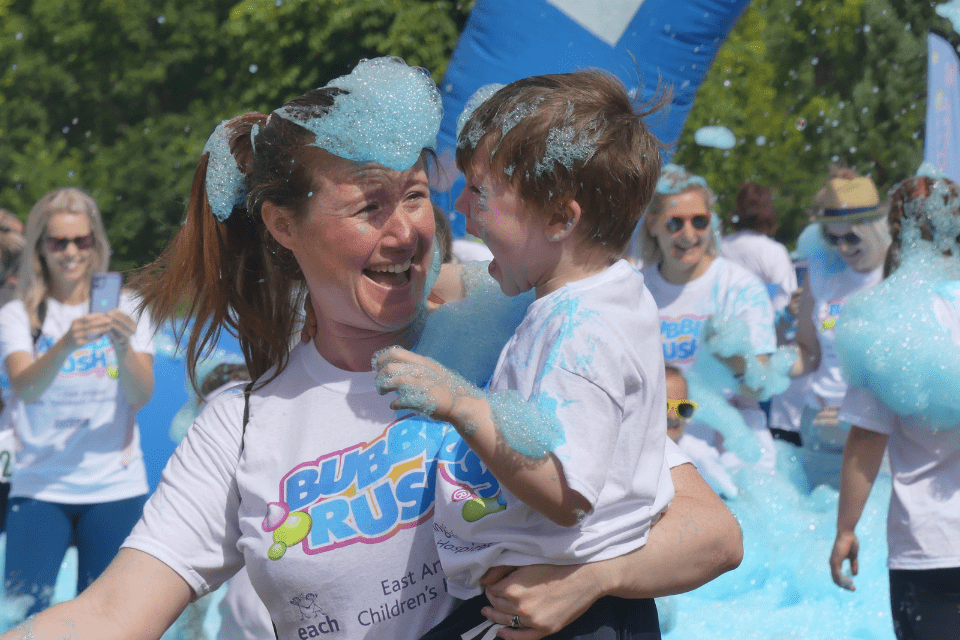 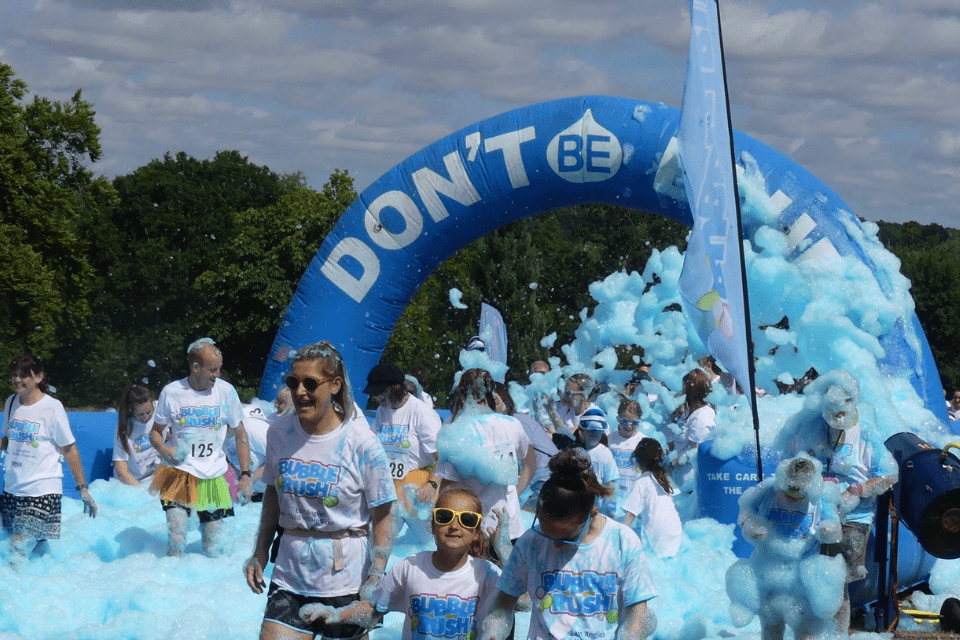 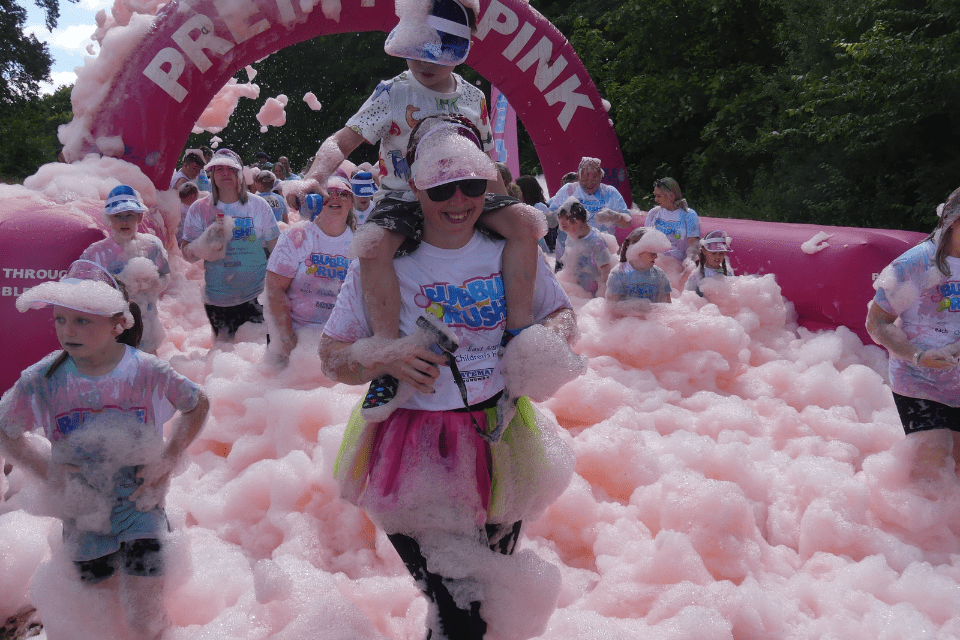 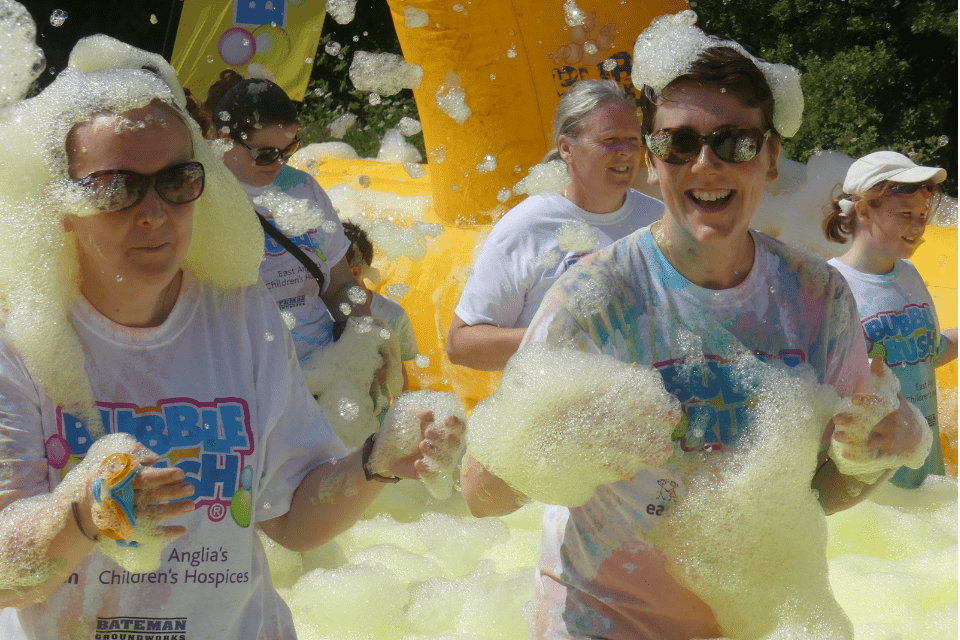