Thieves have been branded “heartless” after stealing a van used to raise vital funds for a children’s hospice charity. The branded East Anglia’s Children’s Hospices (EACH) vehicle was taken from a car park behind the organisation’s Clacton shop, in North Road.

It is used to collect and deliver furniture donations, as well as ferrying stock to EACH’s other North Essex stores in Colchester, Dovercourt and Halstead.

Over £60,000 a year is generated from the furniture collected and this money is used to support families and care for children and young people with life-threatening conditions.

EACH Chief Executive Phil Gormley said: “We were shocked and saddened when we discovered the van had been stolen on Monday night.

“Those responsible are, quite simply, heartless. It seems incomprehensible anyone could stoop so low, given what the van is used for. It’s a vital part of our daily operation and selling furniture is an important income stream for our Clacton shop.

“We feel a sense of burning injustice and would appeal to anyone to contact the police if they have any information. It’s heavily branded with our name and logo, unless already resprayed, so our hope is someone has seen it being driven around.”

The white Ford box van, which had a tail-lift, was parked behind the North Road shop, in the car park off Ravensdale. It was fitted with a tracking device which has since been disabled. The last activity suggests it was driven away shortly after 10.30pm.

“The only saving grace is that there was very little stock on board,” added Phil. “However, aside from the obvious loss of income, it’s caused an awful lot of distress and disruption this week.

“We plan to hire a replacement – an unwanted additional cost – but were unable to source one in time for Tuesday. That meant a whole day when we missed out and were unable to go about our usual business.

“It’s depressing to think anyone could be so thoughtless, doing something that directly affects a charity such as our own.”

The registration number of the van is FY63 OUM. EACH has reported the theft and contacted its insurers.

Anyone who saw anything, has CCTV, dash cam or doorbell footage should contact Essex Police. If you have information you can submit a report online at www.essex.police.uk or use the ‘Live Chat’ button to speak to an online operator between 10am-9pm, Monday to Friday. Quote the crime reference number 42/1733317/22. 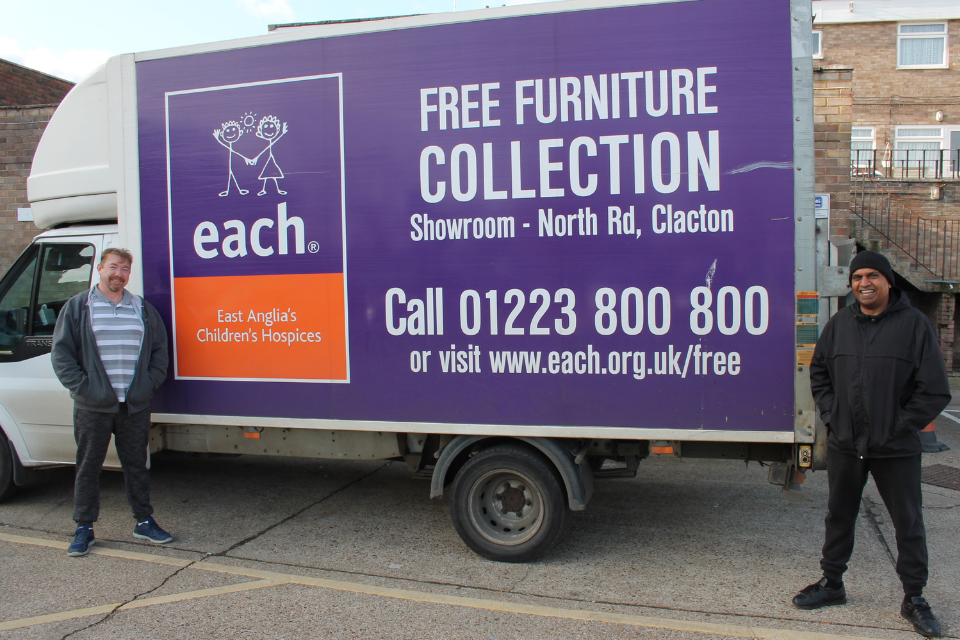