Ian reflects on an “incredible experience” after cycling 400 miles from Wales to Lowestoft and raising £2,000

A bereaved dad raised £2,000 after taking on an eye-watering 400-mile bike ride from Wales to Lowestoft.

Ian Doe completed the gruelling ‘West to East’ challenge to raise funds for East Anglia’s Children’s Hospices (EACH), which cared for son Callum after he was diagnosed with an aggressive grade four brain tumour on Christmas Eve 2018. The 13-year-old had an operation to remove as much of it as safely possible, in addition to two rounds of radiotherapy. However, devastatingly, Callum died at The Nook, EACH’s hospice in Framingham Earl, in August 2020.

Ian decided he wanted to give something back and so, as part of a group of nine from Dunx Cycles, in Lowestoft, embarked on an epic four-day journey from St Davids, in Wales, to Ness Point.

“Physically, I found it OK,” said the 51-year-old, from Diss. Ironically, the first day was probably the hardest, even though we did the fewest miles (85). There were a lot of hills and it certainly got the legs pumping. I ran out of gears!

“That said, what goes up must come down so the flip side was being able to freewheel and get some speed up on the descents. Thankfully, we had a tailwind the whole way, which was a bonus, and passed through some lovely places, including going past Warwick Castle.

“I really enjoyed it and although we were pleased to get home, I almost felt a bit flat at the end. I was sad it was over. It was an incredible experience. I enjoyed chatting to the other cyclists and find it unbelievable to think how much ground we covered.”

Ian and Co’s journey began in St Davids, Pembrokeshire, on 24th May. After a hilly start, they cycled 104 miles on the second day, 103 on day three and 109 during the final stretch across East Anglia. Their overnight stops were in the Carmarthenshire town of Llandovery, Evesham, in Worcestershire, and St Neots, in Cambridgeshire, and they arrived in Lowestoft on 28th May.

“I’ve found it hard to get truly excited about things since Callum died,” added Ian. “I’m already thinking about what I can do next because I like having something to focus on. One of the other guys has floated the idea of cycling from Edinburgh to Lowestoft!

“I’m pleased because I’ve always wanted to do something special for EACH. I was very pleased to raise so much, especially given my initial target was £500. I would have considered anything more a bonus, so to get four times that amount is amazing. Hopefully it helps make a difference. It’s a way of saying thank you for the care and support we received, as a family.”

Ian and wife Michelle continue to attend fortnightly bereavement counselling sessions at EACH.

Michelle previously took on a special fundraising challenge of her own, raising £2,119 after jogging and walking a virtual 874 miles from Land’s End to John O’ Groats. 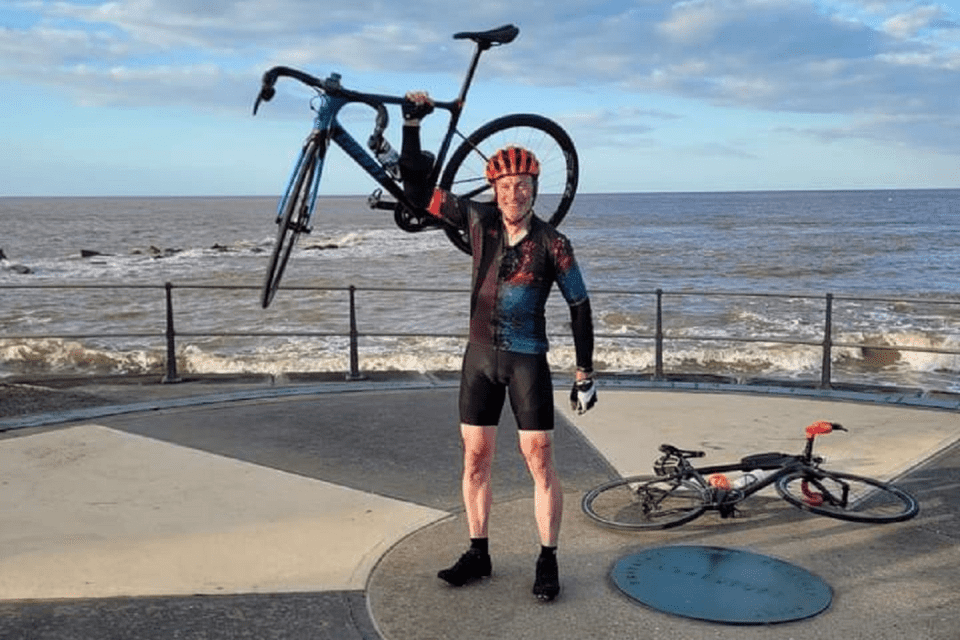 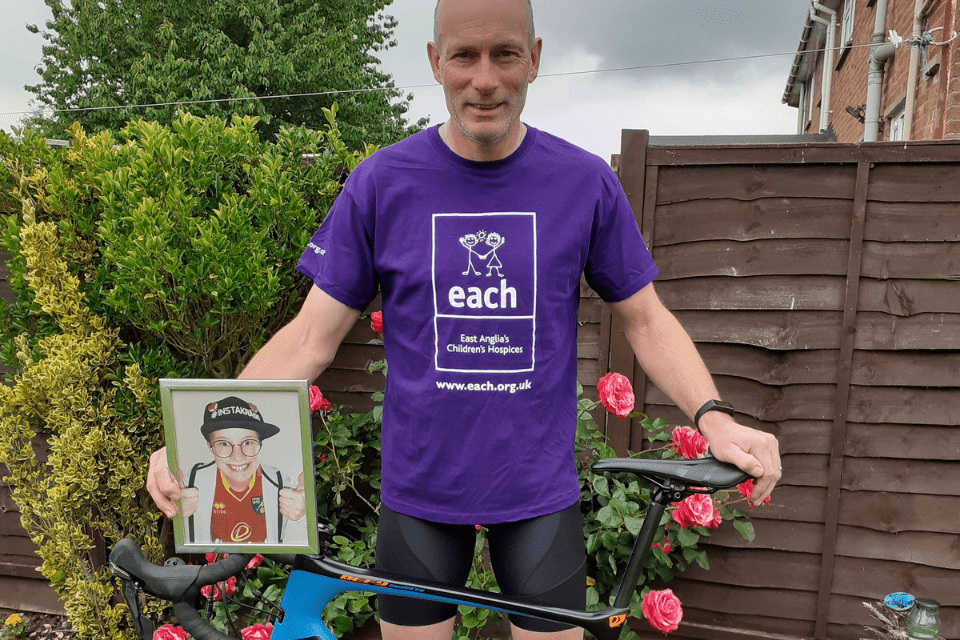