“I wanted to conquer my fears and can safely say I’d do it again in a heartbeat” – Ian packs a punch, tackles an obstacle course and completes a skydive for EACH

Daredevil Ian Kenny conquered fears and pushed himself to the limit for a hat-trick of adrenaline-charged fundraisers. The Norwich dad climbed into the boxing ring, tackled a gruelling Tough Mudder obstacle course and faced a skydive to support East Anglia’s Children’s Hospices (EACH).

His unique treble challenge led to him raising more than £1,000 and he recently handed over a giant cheque at EACH’s Norwich hospice, The Nook. Ian said: “I definitely saved the worst until last, as I hate heights and was particularly worried about the skydive.

“However, the feeling was like nothing I can describe and, overall, I feel very proud to have completed my hat-trick of challenges. I’m very thankful to my family, friends and colleagues who donated and supported me along the way. It’s a great feeling to raise funds for such a worthy cause as EACH.

“All charities are amazing and deserve full support but this one strikes a particular chord with me, because of all the great work it does helping families and caring for children and young people with life-threatening conditions.” Ian, 51, started by signing up for a charity boxing match and was trained by Jackson Williams at Tower Fitness Gym. The fight took place at Epic Studios, in Norwich, on 9th April.

He pitted himself against friend and colleague Jason Barrett-Brown. “I took part in a charity boxing match for EACH back in March 2019,” said Ian. “After Covid, I wanted to get fit again and that’s when we hatched the idea of stepping into the ring together.

“We’re of a similar height and build and both of us had won our only other previous fights, so it was really close. I just edged it but there was very little in it and it felt different to my first fight On that occasion I was like a rabbit in headlights, but this time, although nervous, I enjoyed it more, soaked up the atmosphere and milked the crowd.” Ian’s Tough Mudder challenge followed a fortnight later, in Grantham, on 23rd April.

“I’d lost nearly a stone and a half training for my boxing match so thought, in terms of fitness and stamina, there was no better time for a challenge like that,” he said. “The 15k course was sapping and there were lots of obstacles along the way. It was good fun but my whole body was aching the following day.”

Last up was the skydive, which took place in Beccles on 21st May. Ian, a design manager for Lovell Homes, said: “I actually got the idea after reading about one on the EACH website. “My mum told me I must be mad because she knows I’ve got a fear of flying and hate heights. It doesn’t stop me travelling and having holidays, but I’m certainly a nervous passenger.

“However, I wanted to conquer my fears and now, having done it, I can safely say I’d do it again in a heartbeat. I relished the challenge and it was amazing. The adrenaline rush was indescribable.” In a further show of support for EACH, Ian has also signed up to become a volunteer. He says he is happy to help with anything but hopes to lend a hand with things like ground maintenance and gardening at The Nook.

Tim Jenkins, EACH community fundraiser for Norfolk, met Ian at The Nook. He said: “What an incredible achievement to complete not one, not two but three fundraising challenges for EACH. Ian is the first to admit he has a fear of heights and flying so that makes his feat even more impressive and admirable.

“Our sincere thanks go to him for his amazing efforts, which will go a long way towards helping us continue our vital work here in Norfolk and across East Anglia.” 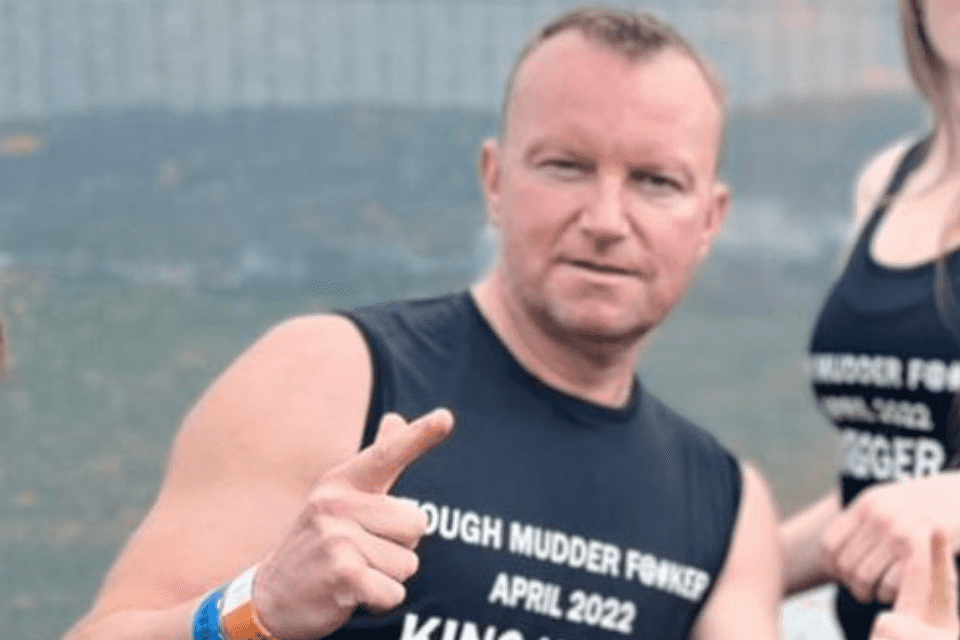 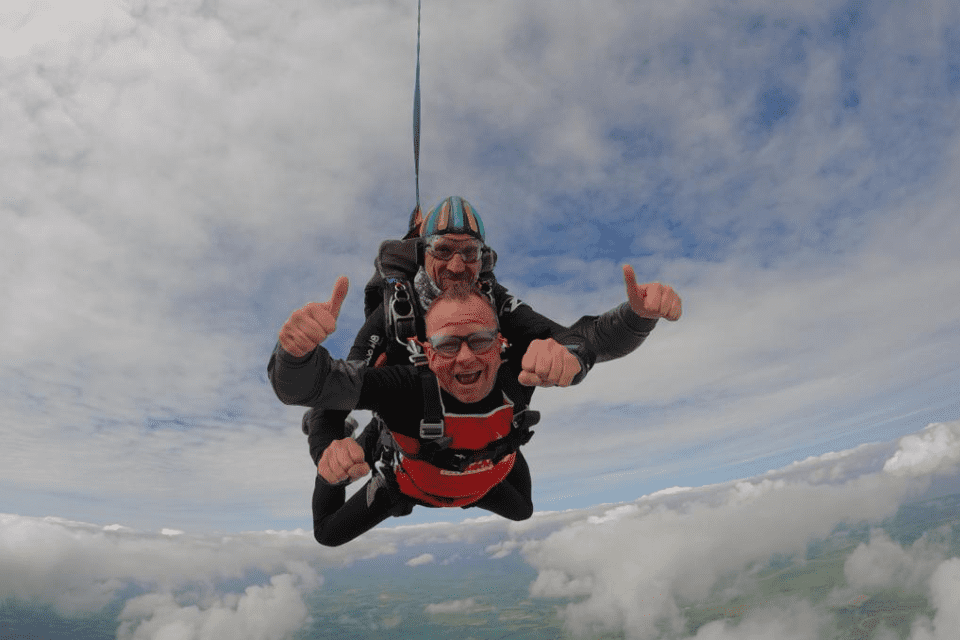 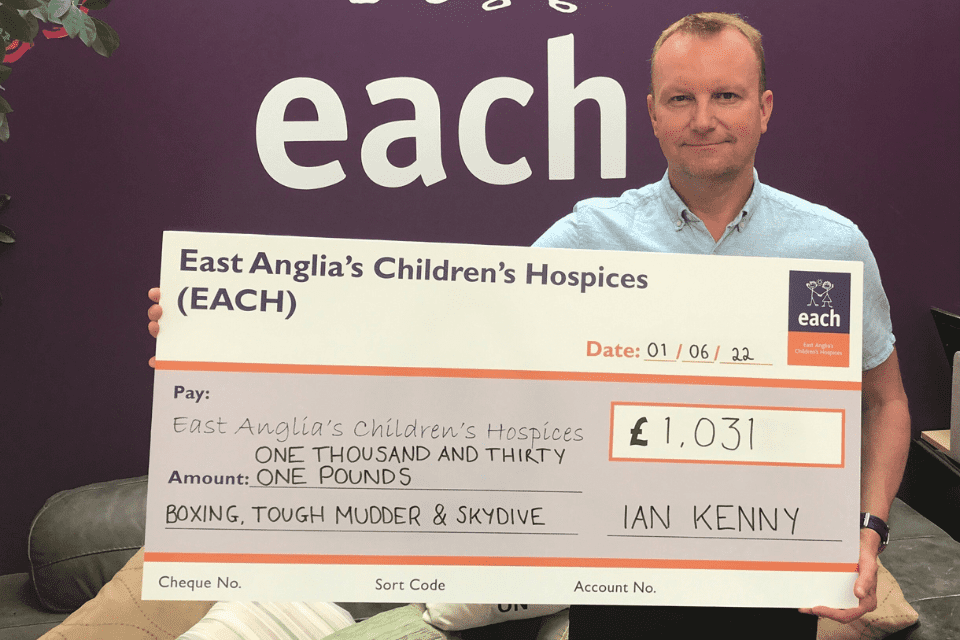 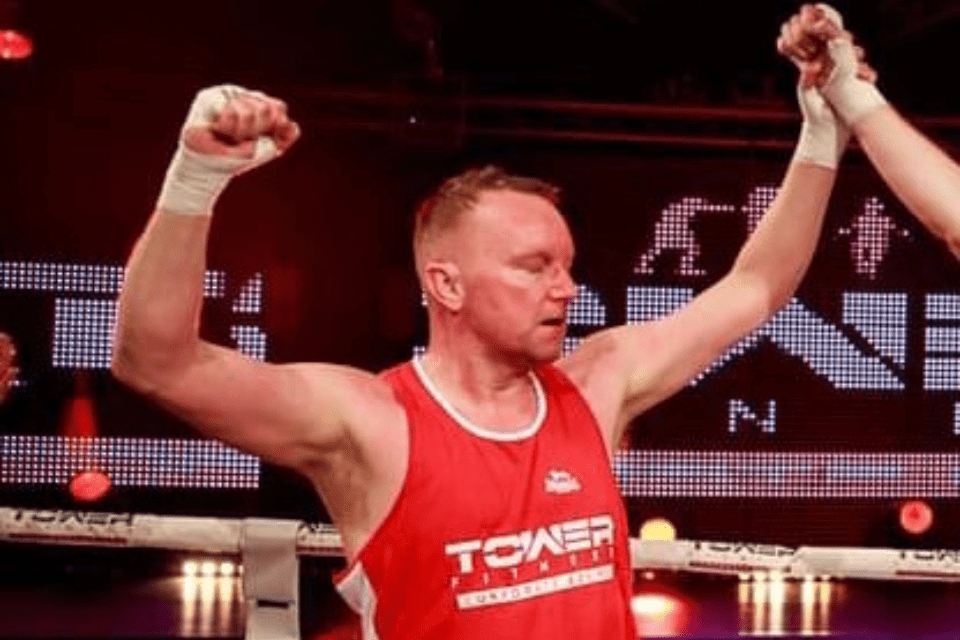