‘Double act’ Neville Jordan and Neville Tuck are part of the furniture at East Anglia’s Children’s Hospices (EACH).

In fact, the word ‘furniture’ is particularly fitting as the hard-working duo, both volunteers, give up valuable time to help at the charity’s Retail Distribution Centre (RDC), in Thetford.

They head out on van runs two or three times a week, helping deliver donated items to any of the 44 EACH shops across East Anglia.

They also go to people’s homes to collect donated furniture and take it to the charity’s stores in Plumstead Road, Norwich, and Hadleigh.

It is a role both thoroughly enjoy and one they do with smiles on their faces.

The popular pair, affectionately known as the ‘two Nevs’, Nev 1 (Mr Tuck) and Nev 2 (Mr Jordan), are much respected at RDC.

Mr Jordan, 66, has been volunteering for three years, initially juggling it with work commitments before retiring last September.

Mr Tuck, meanwhile, has been lending his services for five years and was encouraged to get involved by wife Gill, herself an EACH volunteer.

The two Nevs were speaking during the charity’s We Need You campaign – a fortnight-long drive to encourage more people to step forward and volunteer, perhaps following their lead and working at Thetford or maybe helping in one of the shops dotted across Norfolk, Suffolk, Cambridgeshire and Essex.

“I love it and would heartily recommend volunteering,” said Mr Jordan.

“It gives you something to get up for in the morning and I like that structure.

“It splits your week up and there’s only so much gardening, decorating or watching daytime telly you can do when you retire.

“More than anything, I love being around people and there’s always someone to have a laugh and joke with at RDC.

“We work hard but always with smiles on our faces. It’s like a little family and you know that if ever you need help, someone will step forward.

“On an average day, we’ll head out to four or five shops and it’s nice meeting and chatting to different staff and volunteers.

“It’s also a lovely feeling putting something back into the community and I can’t imagine not doing it. I’ll do it for as long as I’m able to.”

Both Nevs enjoy the variety of their day and do not know where they are going until arriving at RDC.

They help load the vans and then head out with a driver to make deliveries, as well as collecting furniture. They also go to auctions, on occasions.

Brandon-based Mr Tuck, 76, said: “I love the variation and find it very rewarding.

“One day we might go to four shops but the next it might be five, depending on what’s needed. You never know who you’re going to meet.

“I did a lot of lorry driving during my working life in the timber trade, so enjoy being out on the road and exploring the beautiful East Anglian countryside.

“I first got involved through my wife, Gill, who’s been volunteering for about 12 years.

“She told me they were short of people and encouraged me to step forward. The rest is history!

“In all seriousness, I love it and love the company. There’s not one person I don’t like because everyone’s so friendly.”

Both Nevs would encourage others to get involved and volunteer for EACH, which supports families and cares for children and young people with life-threatening conditions.

Mr Jordan, who lives in Thetford, said: “I’d advise anyone to give it a go. I’m confident they’d get a lot from it and enjoy the experience of being involved with such a great charity.”

Mr Tuck agrees wholeheartedly and added: “You’ll meet some lovely, kind people and I can’t ever see myself not volunteering.

“If and when the physical side of this role gets too much, I’d like to do something to keep involved.”

To find out more about volunteering opportunities at RDC, call Supply Chain Manager Roger Leggett on 01842 821620 or email Roger.Leggett@each.org.uk. 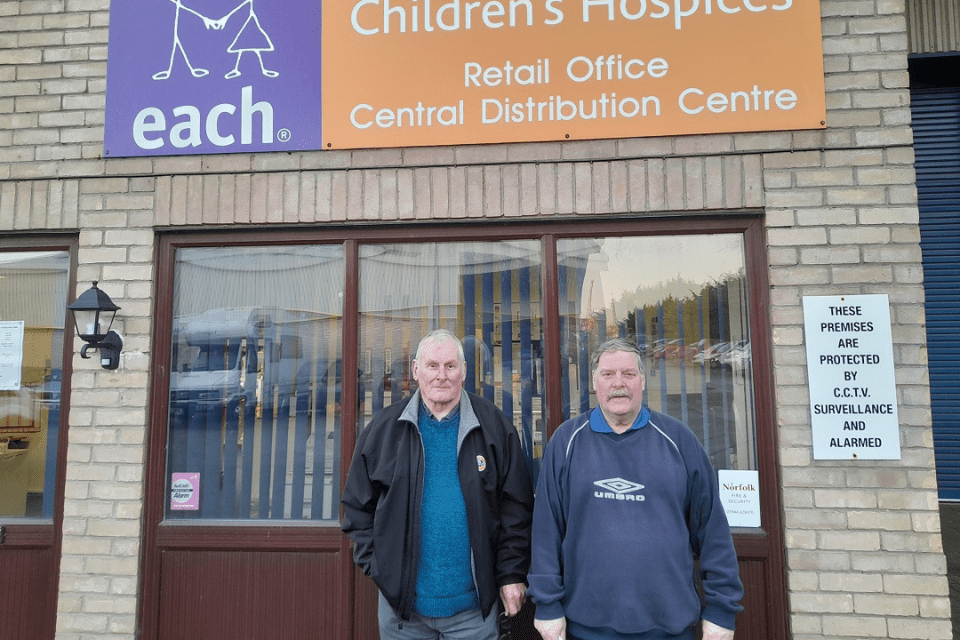 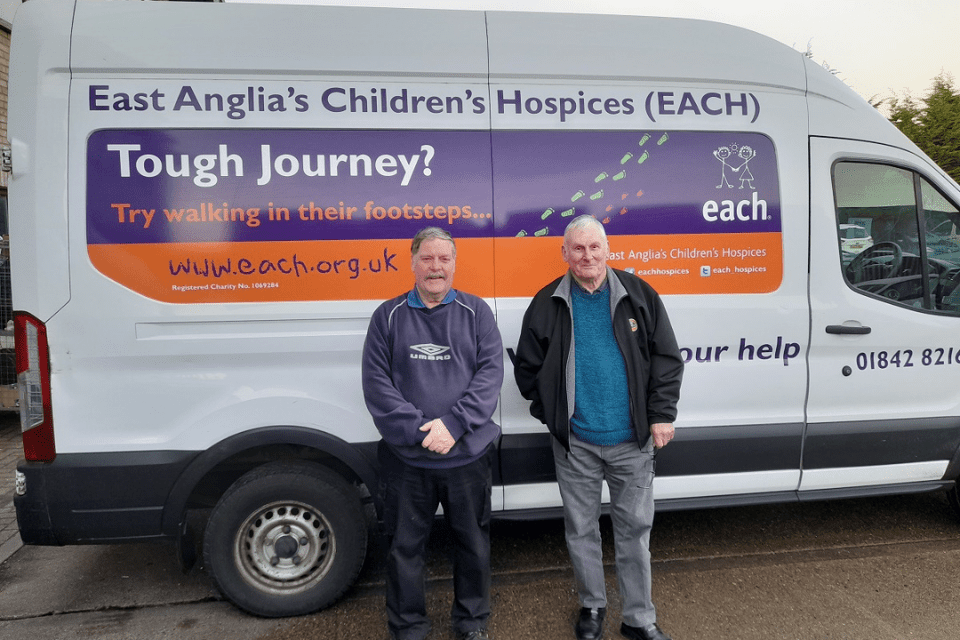