Healthcare organisation Provide Community donates £5,000 to thank EACH for the support it provides the Sadler family

A social enterprise has donated £5,000 to support the children’s hospice caring for an inspirational eight-year-old from Colchester. Healthcare organisation Provide Community presented a cheque to East Anglia’s Children’s Hospices (EACH), as a thank you for the support it provides the Sadler family.

Erin Sadler has a number of complex health conditions and is a regular visitor to EACH’s hospice in Ipswich, The Treehouse. Mum Helen has previously championed the charity, including being interviewed during a media launch day for last year’s Happy Christmas Ipswich comedy spectacular at the Ipswich Regent.

A powerful film about Erin, who lives in Ipswich Road, was shown during the interval of the show, which raised more than £90,000. As part of a new funding initiative, Provide Community asked members to nominate a series of charities to receive individual grants, with EACH being put forward by learning and development administrator Sarah Newman.

Sarah said: “I nominated EACH to say thank you for the support they give to the Sadler family. Erin Sadler was diagnosed with Idiopathic Thrombocytopenic Purpura (ITP) in 2017. This is an autoimmune disease which causes the body’s own immune system to attack and kill its own platelets.

“In response to many people asking if they could buy Erin a Christmas gift, her mum said they would much rather the money go towards supporting EACH, so it can continue supporting other young people in need of support.”

EACH supports families and cares for children and young people with life-threatening conditions across Essex, Suffolk, Cambridgeshire and Norfolk. In addition to The Treehouse, it has hospices at Milton, near Cambridge, and at Framingham Earl, just outside Norwich.

It also has 44 shops scattered across East Anglia, including two in Colchester and others in Clacton, Dovercourt and Halstead. Rachel Dally, corporate fundraising assistant, said: “Thank you to the staff at Provide for nominating EACH. Their generosity will help us continue supporting children and young people with life-threatening conditions, and their families, in Essex and across East Anglia.” 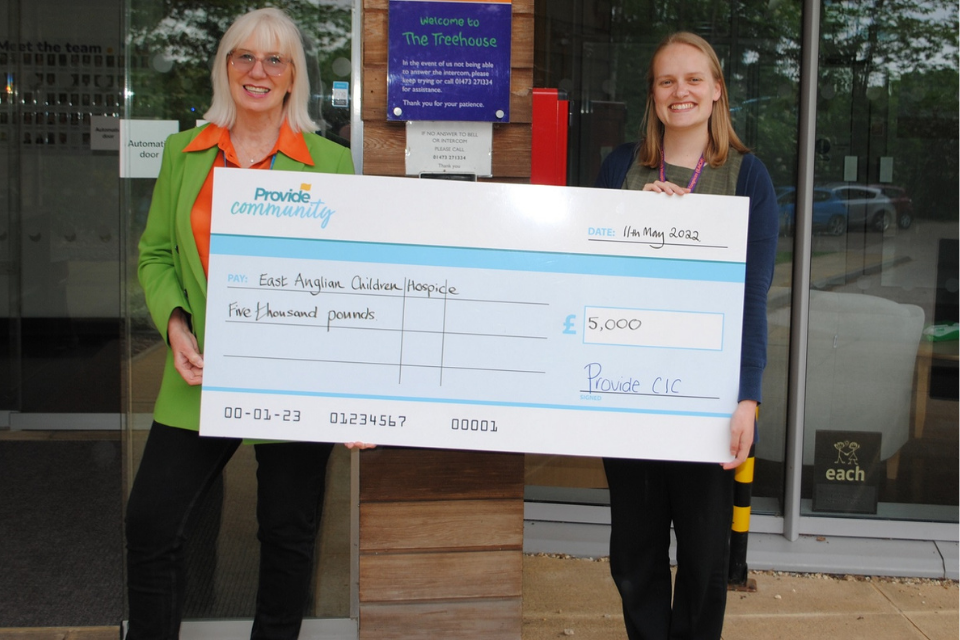