Golfers steeled themselves for a sapping 100-hole challenge and raised £1,350 for East Anglia’s Children’s Hospices (EACH). Swaffham Golf Club professional Nic Cains, assistant Ethan Roberts and member Tom Rudge took on the marathon round and teed off just before 4am on Monday, 4th July.

Their mission was to play 100 holes in a single day and after Ethan spectacularly eagled the first hole, the last putt of the day was sunk by Tom at 5.17pm. The trio were thrilled to raise so much and delighted to play their part in a fundraiser organised as part of the club’s centenary celebrations.

Swaffham GC member Malcolm Tibble, who is on the club’s centenary committee, said: “The trio were in top form and ably supported by club members who caddied, scored and kept spirits up – especially towards the end of this marathon effort. “After just over 13 hours of non-stop golf, Nic’s pedometer was showing 54,000 steps.

“It was a phenomenal effort equating to five and a half rounds!” Pedlars Hall Cafe provided the team with breakfast baps, sandwiches and cake to keep energy levels topped up through the day. Other sponsors were local businesses AIR Accountancy Services and Swaffham Carpets and Bedding Centre. Pictured from left are Tom, Nic, who first had the idea, Ethan and club chairman Brian Fenn.

Kyle Edge, another club member, had been due to join the trio but could not take part because of injury. Swaffham GC also organised a golf-themed family fun day in aid of EACH, which supports families and cares for children and young people with life-threatening conditions across Norfolk. It took place on Sunday, 10th July.

The course took on a very different look as it hosted a variety of games and attractions. Once again, the emphasis was on having a good day out while also raising funds for EACH. In glorious weather, a good crowd came to support this new venture. The most popular challenges were the crazy putting and chipping into a paddling pool – appropriate given the searing heat. There were also lots of tri-golf activities and brief taster sessions with club pro Nic.

Face painter Hayley, from Sunshine Artists, was kept busy throughout the afternoon and roving entertainer Neil Reeve wowed visitors young and old with magic and balloon-modelling. The club also welcomed one of their event sponsors, Uncle Luke, with one of his distinctive sign-written vehicles. Three businesses supported the event – The Red Lion, in Swaffham, Energise Pentney Health Club and Day Spa and Uncle Luke’s Signs and Stickers.

Malcolm added: “Thank you all for your support and also to everyone who came along and donated so generously. By the end of the week, over £1,800 had been raised for EACH. Awesome!” 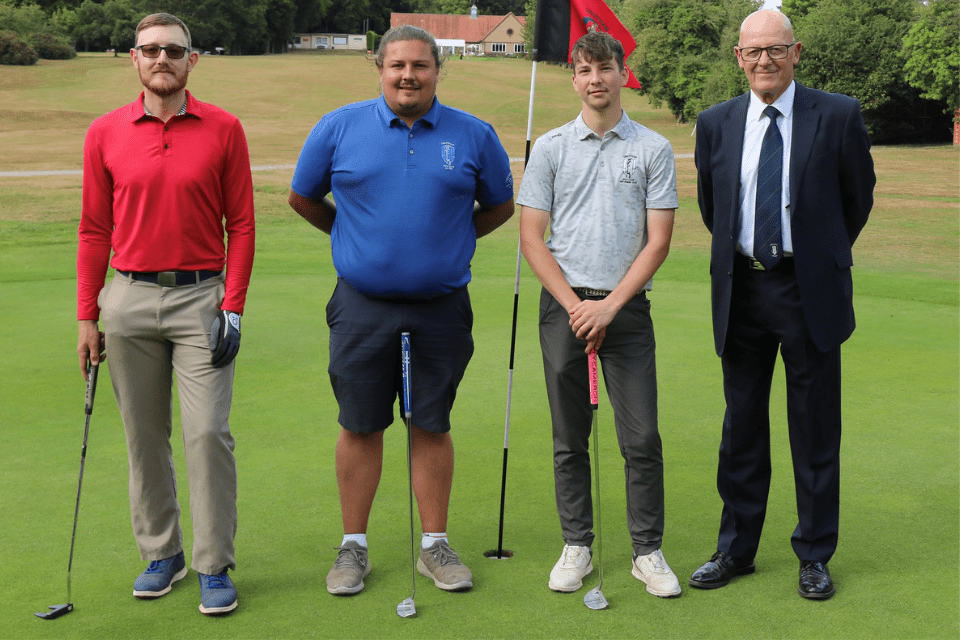 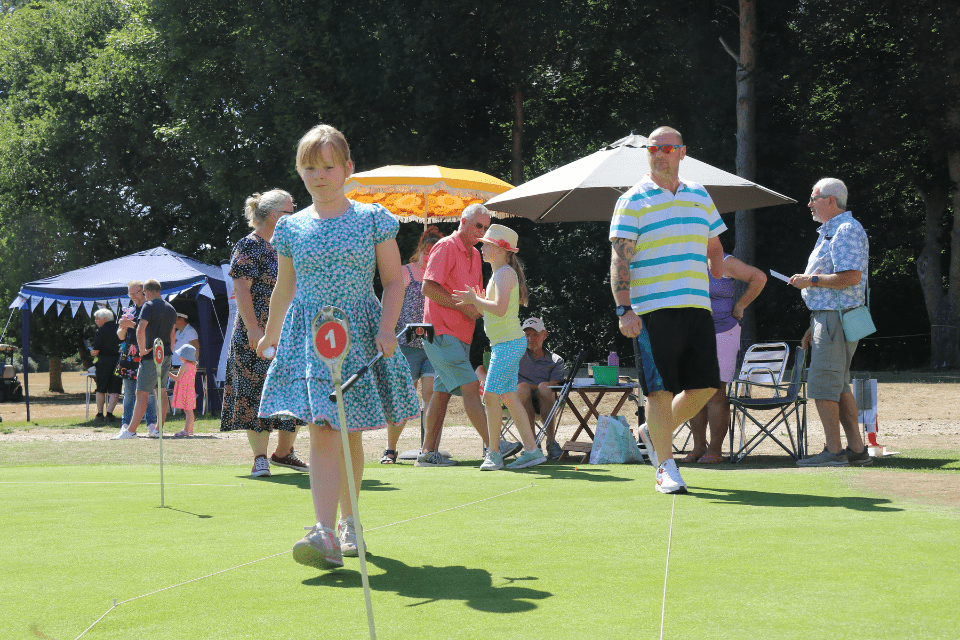