Friends trek 100km from Richmond to Brighton to raise funds for charities that support “amazing, brilliant and amusing” Emily

A group of hardy fundraisers stepped into action to thank two charities that support an inspirational four-year-old living with a rare genetic condition.

Aimee Jonathan, John Owen, Ad Staton and Pete Cox walked 100km from Richmond to Brighton, with friends Karen Lambert-Cox, Becky Webb and Chris Lelliott joining them for the final 44km push from Crawley. The team’s monster trek was to raise funds for East Anglia’s Children’s Hospices (EACH) and Dravet Syndrome UK, who have both supported Emily Mills. Emily lives in Peterborough and has received care at EACH’s Milton hospice since being diagnosed in 2018.

Dravet Syndrome is often described as a complex form of epilepsy. It is a rare neurological condition that affects around one in 15,000 people in the UK. As well as experiencing seizures, children and adults have varying degrees of intellectual disability and a spectrum of associated conditions, in addition to difficulties with speech, mobility, eating and sleep.

Despite her condition, Emily lives life to the full and a group of family friends were so inspired by her that they decided to sign up for the fundraising walk, which took place on 28th and 29th May.

Karen, best friends with Emily’s mum, Catherine, said: “The full 100km London to Brighton distance was covered over two days with Pete, Ad, John and Aimee setting off from Richmond Park on Saturday before an overnight camp in Crawley. “Becky, Chris and myself then joined them to start the final 44km from Crawley to Brighton, setting off at 6am on Sunday morning.

“The distance was challenging, with lots of blisters and sore feet, but we were all delighted to finish at Brighton racecourse on Sunday evening.

“We’ve raised £4,122 for EACH and Dravet Syndrome UK, which we’re thrilled with as it makes all the aches and pains so very worthwhile. We did the walk in celebration of the brilliant Emily and called it Walking for Emily. Since being diagnosed, she’s experience thousands of seizures and had dozens of hospital stays. However, she continues to amaze and amuse everybody who is lucky enough to spend time with her.

“She loves horses, guinea pigs and pancakes and is starting school in September. Emily and her family have benefitted hugely from the support provided by Dravet Syndrome UK and EACH. This walk was our way of giving something back to thank them for everything they’ve done and continue to do.”

Karen, Pete, Ad, Becky and Chris live in Sussex while John and Aimee are based in London. 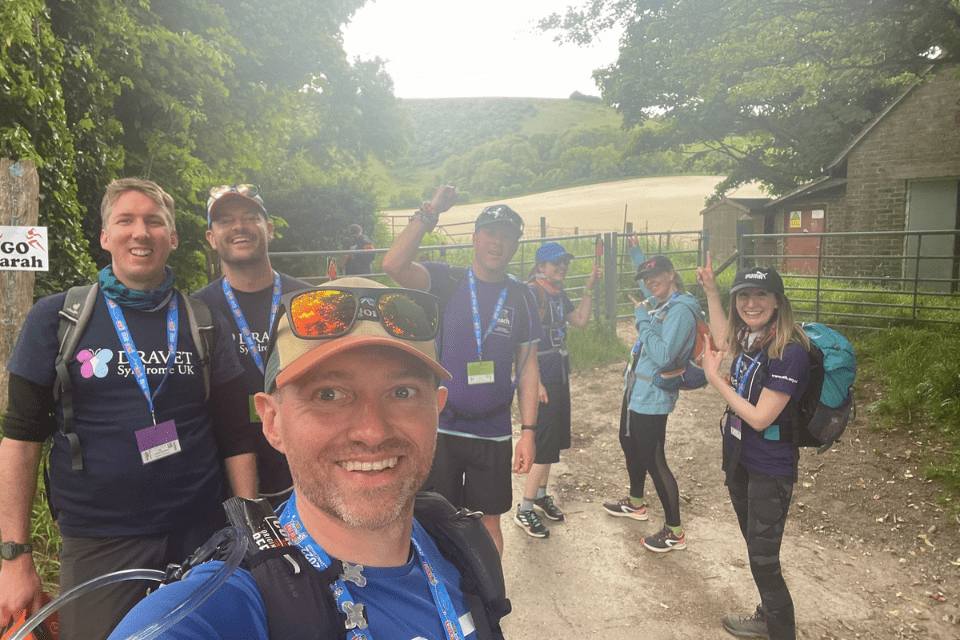 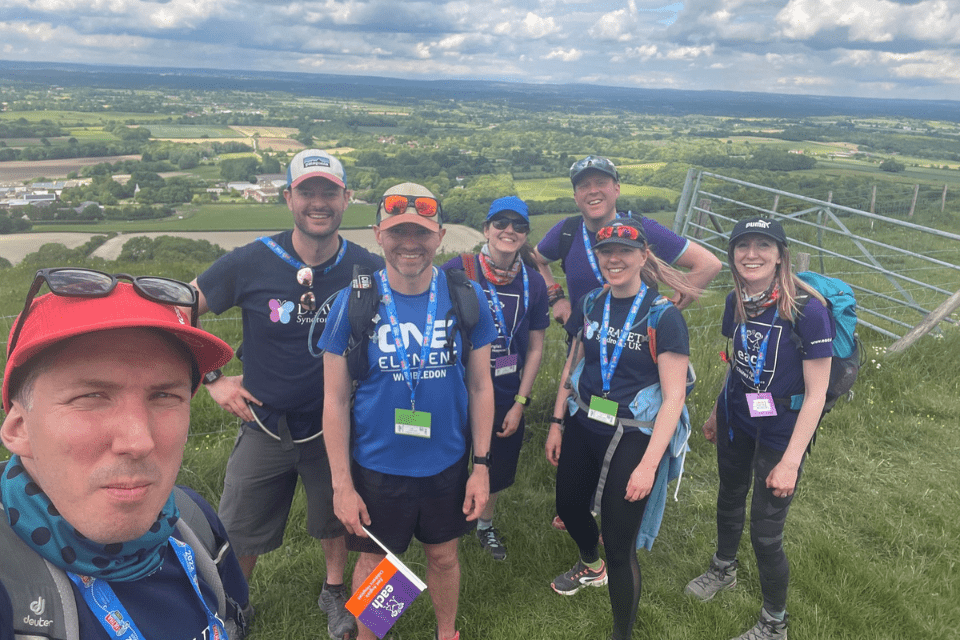 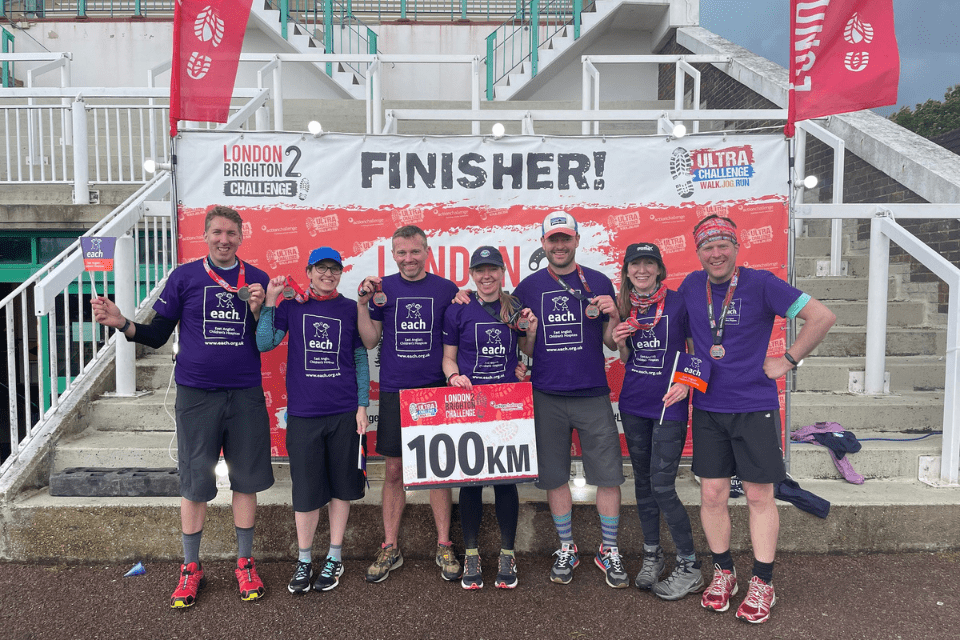