An intrepid fundraiser is swapping football boots for walking shoes and taking on a gruelling challenge for East Anglia’s Children’s Hospices (EACH).

He will start on Thursday, 31st March and plans to arrive on Saturday, 2nd April, in time for the League One clash between the two East Anglia rivals.

He hopes to raise £1,000 and, along the way, is staying in Bury St Edmunds and just outside Stowmarket.

“I had a couple of half-marathons planned but they got cancelled because of COVID,” said James, who lives in Thorpe Road, Kirby Cross.

“I then thought about doing a charity bike ride but restrictions came back into force and I became a bit disheartened.

“I parked the idea until the beginning of this year, when I started thinking it would be lovely to do a fundraiser of some description.

“I have a three-year-old and a one-year-old so time is limited in terms of training for a big run or cycle ride.

“That’s when I had the idea of a walking challenge and combining it with another great passion of mine – football.

“I checked out the fixtures and put two and two together in terms of raising money for EACH.”

The 35-year-old, an events manager, plans to get the bulk done on day one, while he still has fresh legs, around 20 miles on the Friday and ten on the Saturday.

He will greeted by family and friends at Portman Road, including wife Charlotte, three-year-old son Max – who already has an Ipswich season ticket – and one-year-old daughter Nora.

“It’s quite a distance and going to be a real challenge, but I’m looking forward to it and my family and friends are right behind me,” he said.

“It’s all about raising money and hopefully both clubs and their supporters will get behind me, in terms of spreading the word and raising awareness of my challenge.

“This is a charity that affects everyone in our community, right across East Anglia.

“It’s such an important, special cause and one that ties in nicely with Cambridge and Ipswich, because of the hospices at Milton and The Treehouse.

“I have no personal connection but am fully aware of its great work and believe it’s a very important charity to support.”

“We care for hundreds of children and young people with life-limiting conditions, as well as supporting their families, but wouldn’t be able to do it without the help of people like him.

“We’re delighted to support his efforts and wish him well as he embarks on his walking adventure.”

To sponsor James, head to www.justgiving.com/fundraising/jd-cufctoitfc 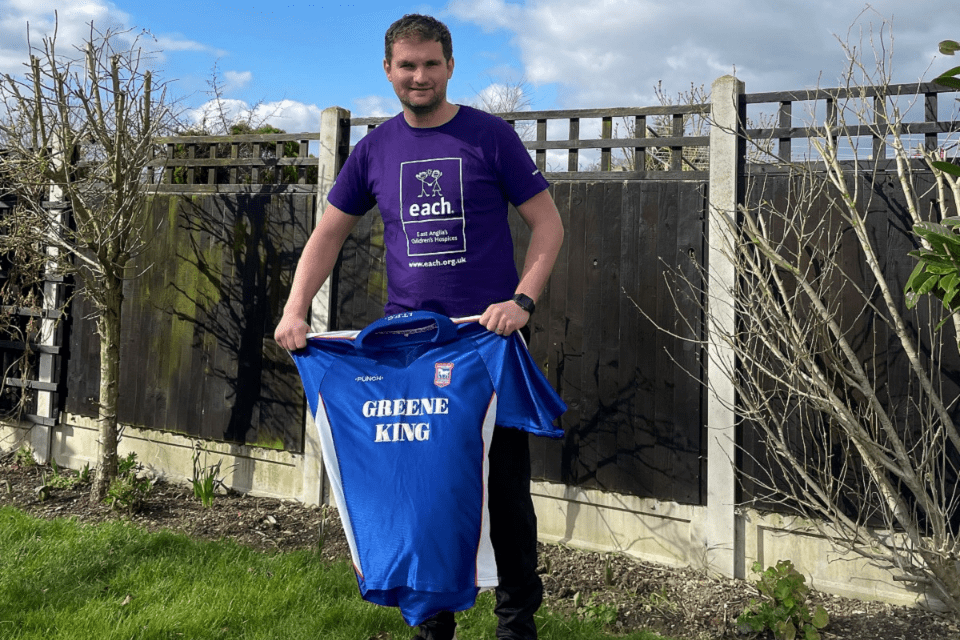