Fancy hitting the road and becoming a volunteer van driver for EACH?

East Anglia’s Children’s Hospices (EACH) is on the lookout for volunteers to get involved with its daily van runs.

This often involves supporting one of the existing drivers, based at the charity’s Retail Distribution Centre (RDC) in Thetford.

Supply Chain Manager Roger Leggett said: “Our resources are fully stretched and any extra help would make a massive difference.

“This is the one area where we could really use some extra help.

“We have four vans and three of them take stock to the various EACH shops, which are dotted throughout East Anglia.

“The fourth is used more for furniture runs – both collecting and dropping off – mainly in and around Norwich.

“It might be that someone can drive one of the vans for us, or they might be asked to go along and help and support one of our existing drivers.

“Sometimes it can be hard work and physically demanding, lifting furniture and heavy items on and off the van, and that’s where an extra pair of hands would be invaluable.”

EACH supports families and cares for children and young people with life-threatening conditions across Norfolk, Suffolk, Cambridgeshire and North Essex.

Roger added that the volunteers may also be asked to help pack and unpack vans at RDC.

“We’d love to hear from anyone interested in getting involved and supporting us,” he said.

“It’s an amazing charity and this particular role would really suit anyone who enjoys getting out and about, meeting people and exploring the East Anglian countryside.”

Roger would also be keen to hear from anyone who might like to take on a different role at RDC. This could involve working in the warehouse, sorting through donations of bric-a-brac, clothing and toys. 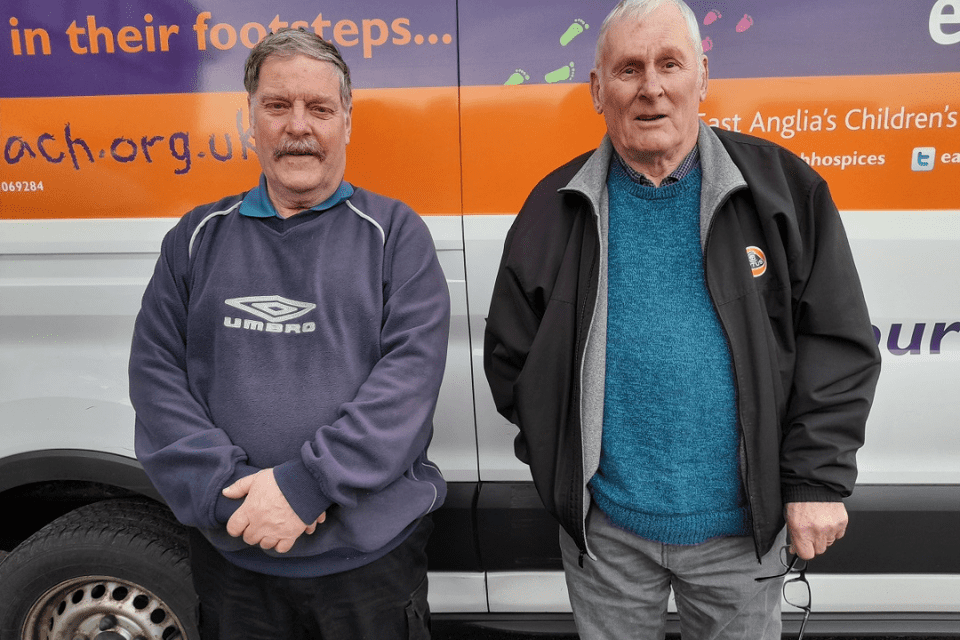