The 58-year-old, who, by his own admission, “hobbles along” using two sticks, has secondary progressive Multiple Sclerosis (MS).

He also has the associated symptom ‘foot drop’ and has to wear a splint on his right leg. It means he struggles to walk just a few metres unaided.

Nevertheless, Andy challenged himself to walk 250 miles up and down Landseer Road, in Ipswich, between 1st September and the end of February and he triumphantly reached his target on Saturday.

In the process, he was thrilled to raise more than £800 for EACH – and it brought his overall mileage to 500 since he started recording his distance on 14th March.

“The whole thing was absolutely marvellous and I felt ecstatic and euphoric – as well as relieved – to bring up 250 miles and 500 overall,” said former policeman Andy.

“I was on 249 – and 499 – after Thursday’s walk so didn’t have to venture out on Friday and face the elements of Storm Eunice.

“It meant I was able to cross the line, so to speak, on Saturday morning.

“Everything came together beautifully and the challenge was great fun, while raising more than £800 for EACH.

“It’s such an amazing charity and one I was delighted to support, as well as raising awareness thanks to the publicity and media coverage of my challenge.

“I felt so driven and, while it hasn’t always been easy, I knew I had to see it through.

“So many people have helped and supported me and I’m eternally grateful to everyone who sponsored me or made a donation.

“I’m also very thankful to the local media for their support and especially the fundraising team at EACH.

“They helped enormously and kept me going. They re-motivated me and, without them, there are times I would have struggled.”

Andy has become accustomed to car, van and lorry drivers giving him a wave or cheery beep of the horn, during his daily walks.

An added bonus for the ‘last leg’ was a support party of people who joined him for the final mile, before finishing at the Co-op Food Store on the corner of Clapgate Lane.

“It was brilliant and a lovely surprise to have my own entourage,” said Andy, who was first diagnosed with MS in May 1994.

“People were also applauding from their doorsteps and I’m so grateful and overwhelmed for that support, in addition to all the kind comments.

“As I’ve said before, the smiles helped eat up the miles. Chatting to people certainly helped me during the hard yards.

“I was elated with the way everything went and it was lovely to see a crowd waiting for me, cheering and applauding when I arrived at the Co-op.

“The whole experience has left me on a real high. I loved every minute and it was well worth all the corns and blisters along the way.”

Having got the bug for sponsored walking last February, Andy completed his first challenge in the spring, inspired by Captain Sir Tom Moore. He walked four miles a day for three days along Felixstowe Prom and raised nearly £4,000 for EACH.

It means that in total he has raised in excess of £4,600 for the charity and there is still time to support him by making a donation. Just head to www.justgiving.com/fundraising/a-blacker

Georgina Morrison, EACH Community Fundraising Assistant, joined Andy for part of his walk on Saturday.

She said: “I’m so pleased for him. I know this challenge has been a real test but his motivation, determination and desire to help has been unbelievable.

“It’s an extraordinary achievement and he truly deserved the support he received on Saturday. It also felt like a ceremonial occasion at the end!

“Our heartfelt thanks go to Andy and everyone who has supported him since September.

“It will make a real difference in terms of the care and support we provide for children, young people and families across Suffolk and East Anglia.”

EACH has three hospices, including one at The Treehouse, in Ipswich. 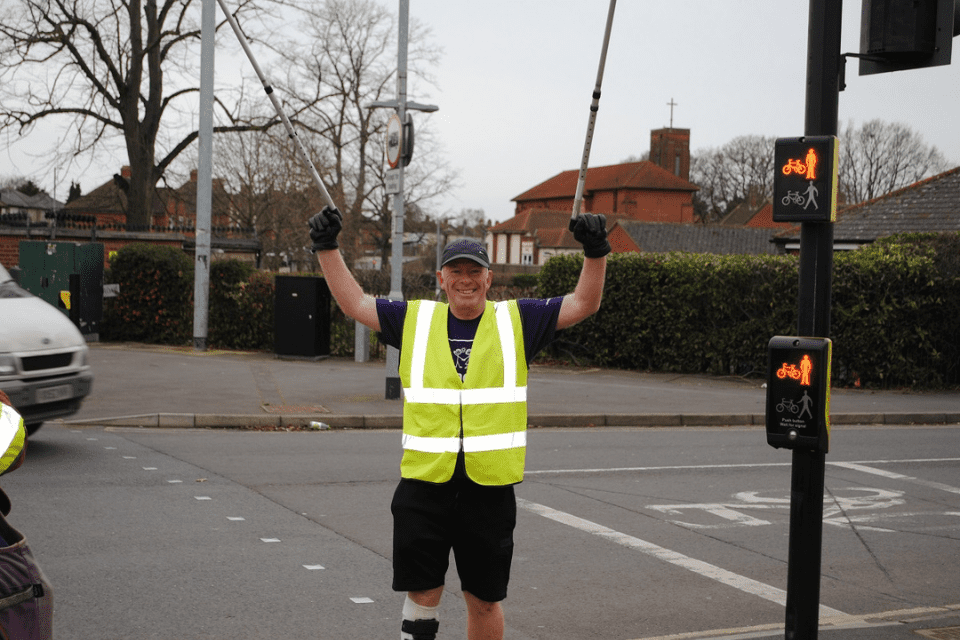 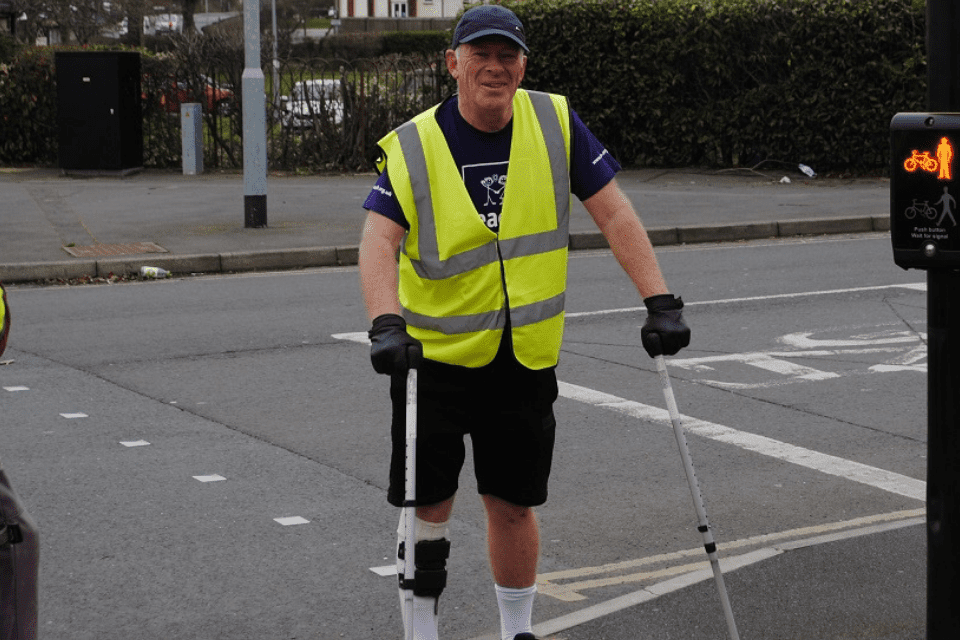