“EACH is my chosen charity as I know it meant so much to my grandad. He loved it” – Alfie is planning to run 82 miles in just 24 hours

Adventurous Alfie Norman is plotting a monster 82-mile run in memory of his grandad – and plans to complete the distance in just 24 hours. The 22-year-old will get underway at midday on Saturday (16th July) and hopes to finish at the same time on Sunday (17th).

All money raised will go to East Anglia’s Children’s Hospices (EACH). Alfie is starting from his mum’s house in Stowmarket and plans to run into Ipswich, before passing through villages between the Suffolk towns.

His route has been carefully chosen to take in places special to grandad Rice, and he plans to finish at his nan’s house, in Bacton. “I’m doing the run in memory of my grandad, who we lost in October 2020 and who would have been 82 this summer,” said Alfie, who recently qualified as a PE teacher.

“He meant the absolute world to so many of us. It’ll be a massive challenge but I’m really looking forward to it. EACH is my chosen charity as I know it meant so much to my grandad. He loved it.

“I want to raise money for all the incredible things they do for children and would massively appreciate any support, no matter how big or small. It’s an honour to raise money for such an amazing charity, which carries out fantastic work and supports so many families.”

Alfie’s fiancée, Paige, will be cycling alongside him, with other family members joining for different parts of the journey. His initial fundraising target was £200 but he has already more than doubled that amount. To sponsor him, head here. 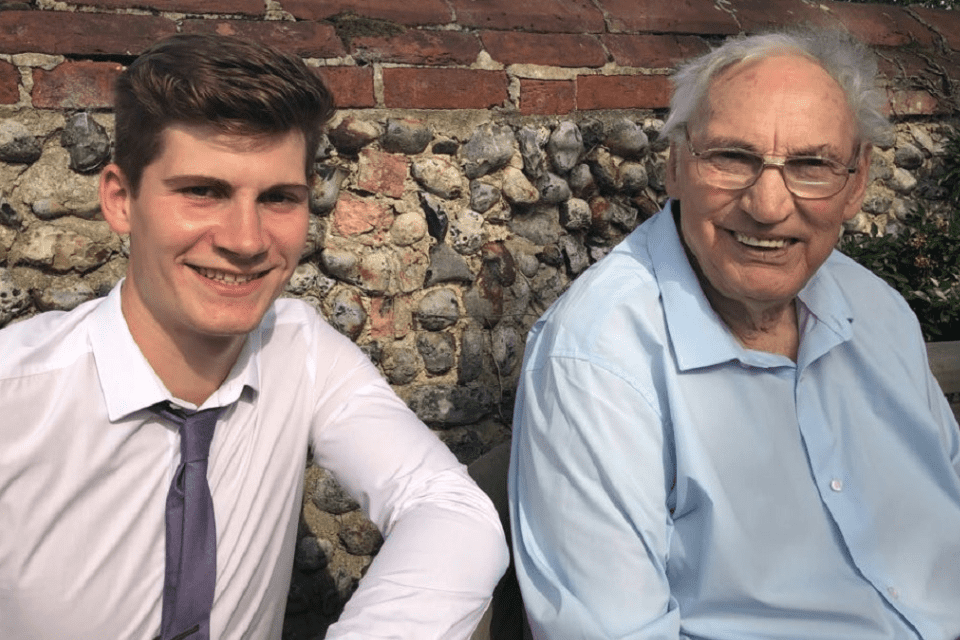