EACH continues to show solidarity by sending unused PPE to Ukraine

EACH, which supports families and cares for children and young people with life-threatening conditions, worked in tandem with Luton-based Keech Hospice Care and Farleigh Hospice, in Chelmsford, Essex.

The organisations sourced medical supplies and equipment to be sent to Sheptytsky Hospital, in Lviv, the largest city in Western Ukraine and just over 40 miles from the Polish border.

In addition to caring for refugees, the besieged hospital is taking patients from other medical centres to free up beds for the military.

EACH Chief Executive Phil Gormley said: “We’re watching on with a sense of shock and horror at the devastating scenes in Ukraine.

“The medical teams out there are doing the most remarkable job in the most extreme, challenging circumstances and have our upmost respect.

“Our hearts go out to everyone caught up in the conflict and hope this contribution helps in some way.

“We’re only too pleased to do whatever we can to support the international aid effort and I’m grateful to our staff who made this happen at such short notice.”

EACH’s care and retail teams rallied round to gather the PPE, which was collected from the hospices by van driver Glen Hammond, based at the charity’s Retail Distribution Centre (RDC) in Thetford.

He went from RDC to The Treehouse – EACH’s hospice in Ipswich – and then onto Milton, before dropping the equipment at St Mary’s Church, in Clophill, Bedfordshire, on Wednesday.

He then returned to pick up more PPE at Milton and took it to the church – a central point near Keech Hospice Care – before returning to RDC.

Ambulances were due to deliver the medical supplies over the weekend.

Earlier this month EACH announced plans to gather warm-weather clothing to be sent to civilians in stricken Ukraine.

Staff and volunteers sorted through coats, hats and scarves that would normally be heavily discounted and sold in the charity’s end-of-season sale.

They were then handed to two Norfolk haulage businesses, who transported donations to the Ukrainian border. 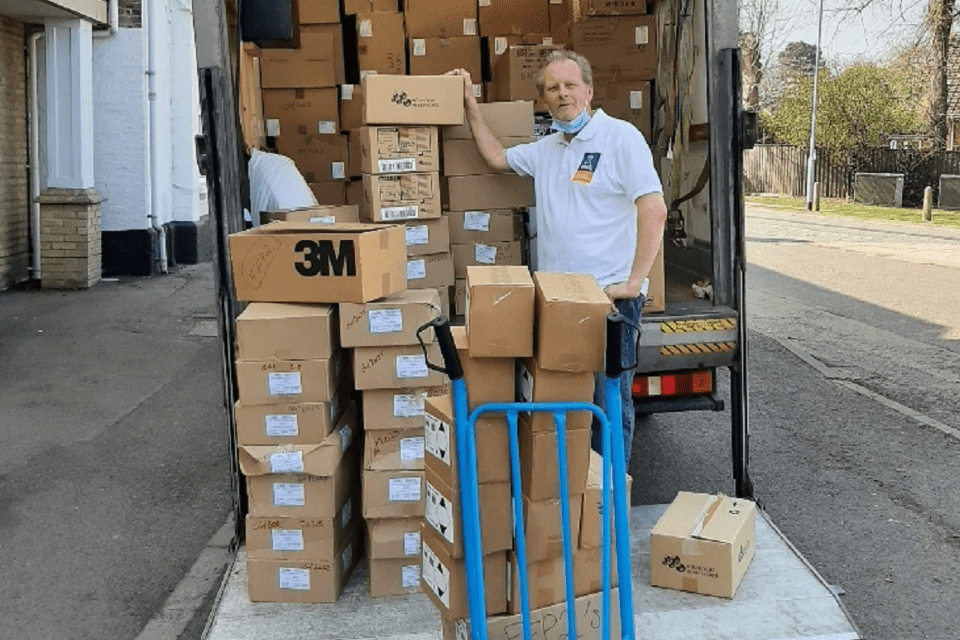