Dedicated travel company staff lace up their walking shoes and clock 25,000 miles for EACH

It was the equivalent of covering the circumference of the world – about 24,901 miles – and took them around 100 days.

The challenge was organised to mark Premier Travel’s 85th anniversary and started with a more modest goal of walking 8,500 miles in 85 days.

However, having smashed that target, the team decided to up the ante and raise even more for their chosen charity.

“That was our new goal and although we didn’t quite make it in 85 days, we reached our target in around 100

“People who didn’t normally go out for walks got involved and we received very positive feedback from them, saying they felt better both physically and mentally.

“We wanted to give something back to our community and, with it being our 85th year, we set ourselves the target of raising £8,500.

“We’re currently on £7,000 and have plans to bump it up between now and Christmas.

“We were concerned about our staff’s wellbeing so that’s why we came up with the initial challenge of collectively walking 8,500 miles in 85 days.”

Steve completed a 30-mile walk between the branches in Huntingdon, St Neots and St Ives to raise awareness of the challenge and bring in extra funds for EACH.

He was also one of 13 members of staff to take on the 32-mile pier to pier walk from Cromer to Great Yarmouth, in July.

“It took place on the hottest day of the year so was very arduous,” said the 48-year-old, who lives in Huntingdon.

“It was absolutely brutal but we got through it and gained something positive.

“We wore special T-shirts and caps featuring holiday companies who sponsored us. It worked very well and felt great to support EACH.

“It’s a magnificent charity and everything it does is truly amazing and heartfelt.

“When we were on our pier to pier walk, we were in pain and had blisters on top of blisters but we spoke about the children being looked after at the hospices.

“Our discomfort was going to end, but theirs might not. That thought put everything in perspective and kept us going.”

Premier Travel is an independently-owned and family-run travel company that has been operating across East Anglia for 85 years.

It has a proud connection with EACH, having previously sponsored Bubble Rushes in Norwich and Huntingdon, as well as the Splash Out event in Bury St Edmunds.

As an added bonus and in recognition for his fundraising efforts, Steve was recently named as a community champion at the ATAS (Association of Touring and Adventure Suppliers) Awards.

Unfortunately, he was unable to attend the ceremony in Birmingham due to COVID but is pictured with his award at Premier Travel’s Cambourne HQ.

“I felt very proud and honoured to receive it,” he said.

“Unbeknown to me, I was nominated by a supplier which was a lovely touch.

“However, although it’s got my name on it, it’s for the entire group and everyone who took part. It’s about our team and our collective effort.”

EACH offers care and support to children and young people with life-threatening conditions across East Anglia.

It has hospices at Milton, near Cambridge, Framingham Earl, near Norwich, and Ipswich. 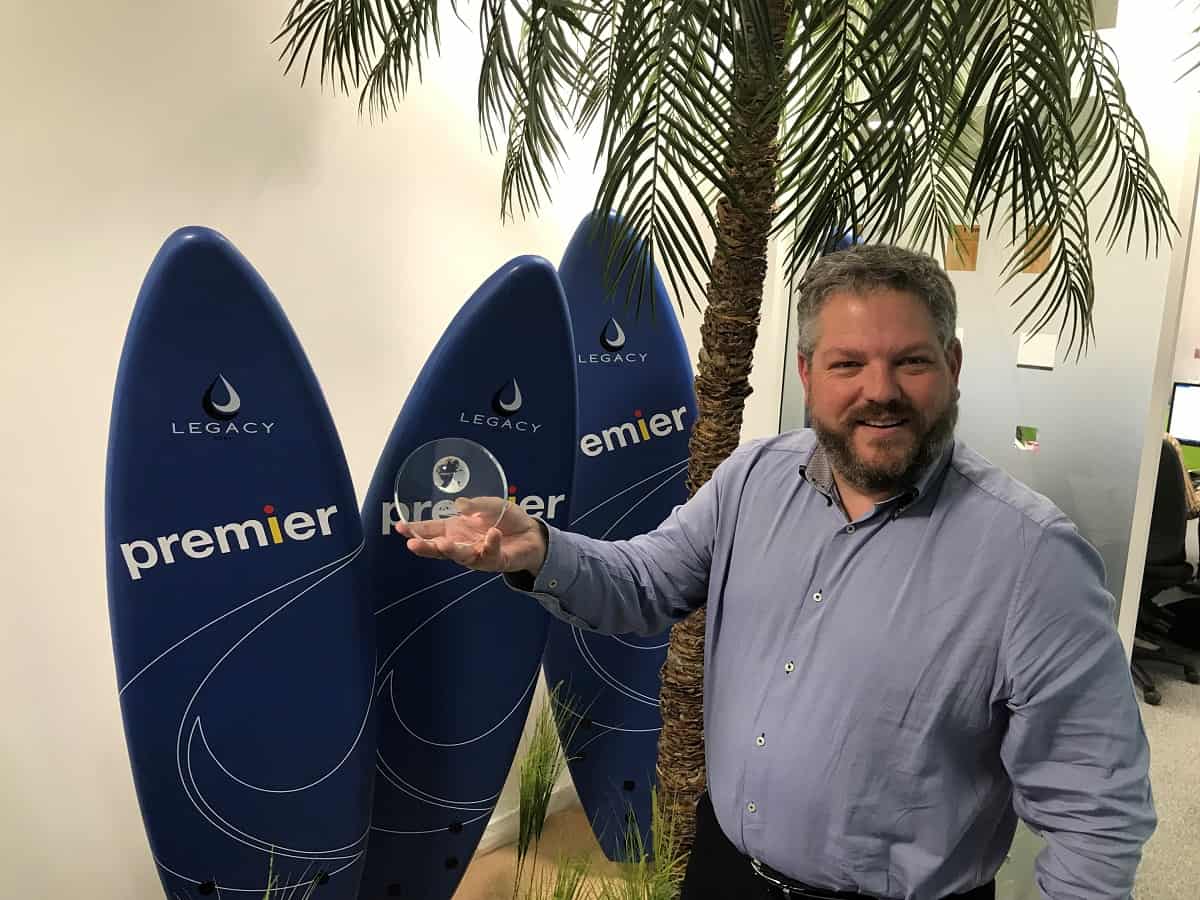 “To need to use a children’s hospice is every parent’s worst nightmare, however, when you get there it’s the most beautiful place imaginable. It’s a lifeline to parents going through the worst possible journey and enables families to find the support that they need.”

“There were big smiles everywhere you looked” – fun-lovers have a splashing time and manage to raise more than £24,000

Read all about it! Holbrook’s storybook trail is a colourful way to raise funds for EACH