Corporate treasure punt proves an entertaining way to support EACH

“Everyone got in the spirit, having fun with colleagues while networking and raising vital funds” – corporate treasure punt proves an entertaining way to support EACH

Intrepid treasure hunters left no stone unturned as they got in the spirit for a long-awaited fundraiser in Cambridge. The corporate event involved solving clues and finding treasure in the city centre, as well as punting on the river. Eight teams of six took part, collectively helping raise more than £4,000 for East Anglia’s Children’s Hospices (EACH). Afterwards, they enjoyed a meal together and an evening of networking on the waterfront at the Graduate Cambridge Hotel.

Billie Race, EACH corporate fundraiser for Suffolk and East Essex, said: “We were delighted with the success of this evening, which had been postponed twice because of COVID. However, after two years of waiting, it was well worth the wait and a great time was had by all. Everyone got in the spirit and enjoyed some glorious weather, having fun with colleagues while networking and raising vital money to support EACH.”

AstraZeneca were the winners of the treasure punt, which took place on Thursday, 19th May.

The majority of the teams were long-term supporters of EACH and the headline sponsors were Planning Managers Ltd. The punts were supplied free of charge by Scudamore’s. 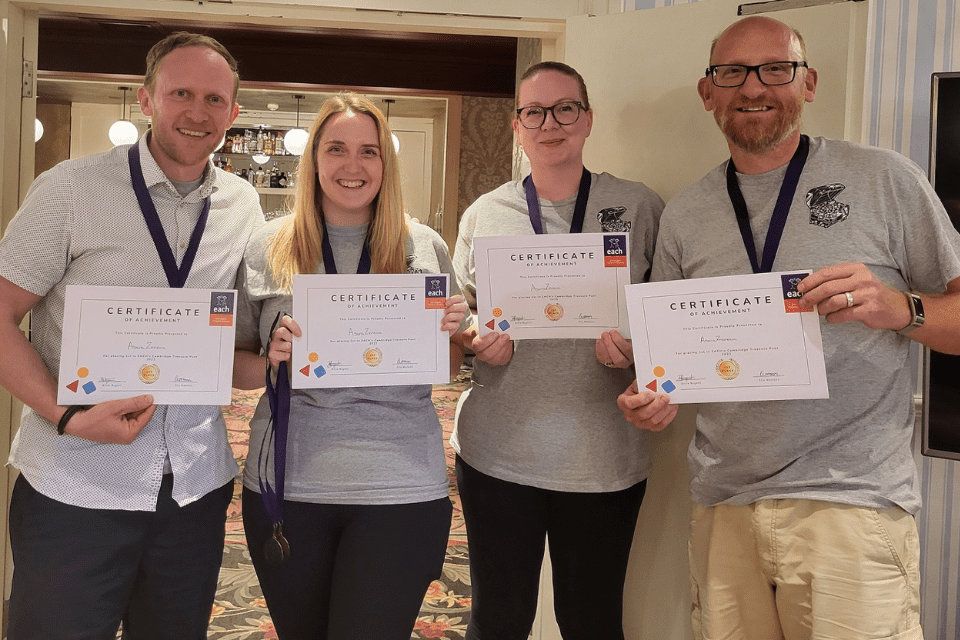