It’s the season of goodwill at a charity shop in North Essex.

The festive kindness began with a donation of brand new children’s toys from the East of England Co-operative Society.

Its travel departments across the region have a ‘Santa’s Suitcase’, which is open throughout November and into December.

Customers are invited to donate new gifts and toys for children and young people, which are then handed over to be sold by EACH.

As if that wasn’t enough of a boost, staff and volunteers were also treated to some festive delights donated by kind-hearted Abigail Johnston, courtesy of her online Hampers for Helpers scheme.

“Both gestures were lovely and hugely appreciated,” said EACH Shop Manager Julie Herlihy.

“The toys are wonderful and have already raised a lot of money in sales.

“As for the hamper, everyone at the shop is so grateful.

“It’s a very special gift containing everything from Turkish Delight, biscuits and sweets to chocolate, crisps and Christmas puddings.

“We’re very lucky and it’s lovely to be appreciated.”

A third act of kindness followed on Thursday morning, when staff from B&Q donated ten boxed Christmas trees to be sold in the Angora Park shop.

EACH supports families and cares for children and young people with life-threatening conditions across Essex, Cambridgeshire, Suffolk and Norfolk.

It has three hospices, including one at The Treehouse, in Ipswich. The others are The Nook, just outside Norwich, and at Milton, near Cambridge.

The charity has four other shops in Essex – one in Colchester High Street and others in Clacton, Dovercourt and Halstead. 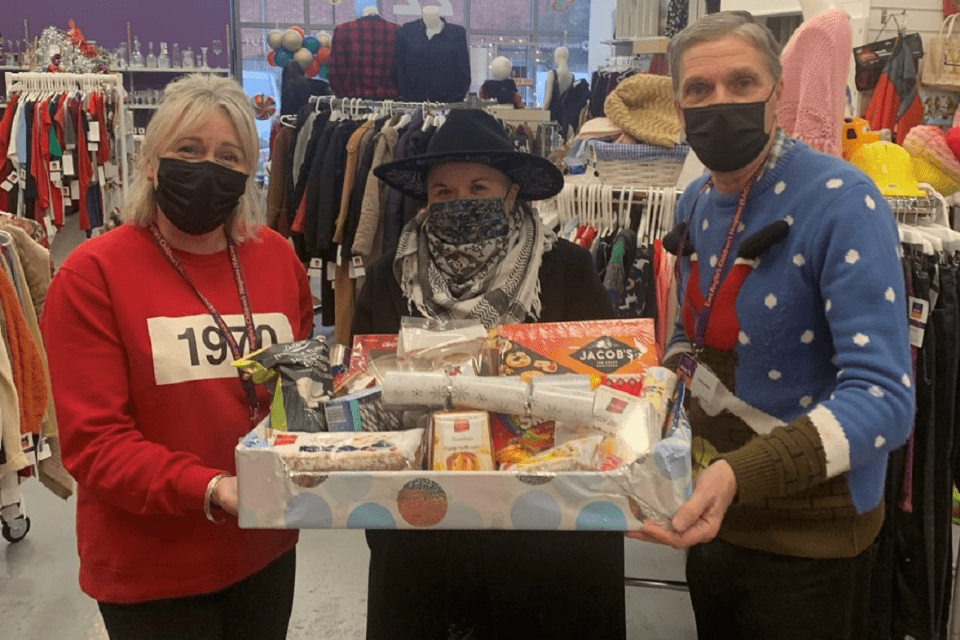