Norwich City legend Grant Holt conquered his fears and plunged 13,000 feet for a daredevil skydive in aid of East Anglia’s Children’s Hospices (EACH).

The Canaries hero took on the adrenaline-charged fundraiser at Beccles Airfield on Friday morning, along with ARC Group Managing Director Chris Ford.

Grant is an ambassador for the company, which has chosen EACH to be its charity partner in 2022.

“I’m petrified of heights but when I woke up and even when I arrived I was surprisingly calm and looking forward to it,” said the former striker, who helped Norwich to back-to-back promotions and was named player-of-the-year three times at Carrow Road.

“I wasn’t too bad in the plane, either, and it was only when the door opened that I thought ‘oh wow, here we go’.

“After that, I loved the feeling of being in freefall and the adrenaline when you’re floating towards the ground was absolutely unreal.

“It’s addictive and I think I might do it again one day!”

Grant and Chris have so far raised nearly £3,000 from their skydive, which was postponed because of the weather conditions shortly before Christmas.

“I have to compliment my instructor, who was absolutely brilliant,” added the 40-year-old.

“He told me everything I needed to know, kept me calm and put me at ease.

“We had a good chat on the way up and thankfully he wasn’t an Ipswich fan!

“Chris and I wanted to do something a bit different and push ourselves, as neither of us are great with heights.

“It turned out to be an unbelievable experience and we were fortunate with the conditions. It was freezing up there but what a day, with beautiful blue skies.”

Grant said he was delighted to raise so much and urged anyone yet to donate to show their support.

Anyone wanting to sponsor the daredevil duo can head to their funding page at bit.ly/3fKUQ8l

“Thank you to everyone who has sponsored us or liked and shared the social media pages, helping spread the word,” added Grant, who was at Norwich from 2009 to 2013.

“It’s not too late to donate and we’d love to hear from anyone else willing to support us.

“I know it’s a tough time but obviously we want to raise as much as we can.

“To those who have already put their hands in their pockets, thank you so much.

“Every pound makes such a difference because it’s been a challenging couple of years for charities like EACH.

“It’s an unbelievable cause and one I’ve always been aware of, from my days at Norwich.

“As players, we always tried to support them because what they do to support families and care for children and young people with life-threatening conditions is phenomenal.

“The staff work so hard and do an incredible job. I couldn’t be more proud to raise money on their behalf.”

The ARC Group is a specialist recruitment agency covering industries like mechanical and electrical (M&E), construction, healthcare, driving and maintenance. It was founded in 2004.

“The skydive was an awesome experience,” said MD Chris.

“It’s the first time I’ve ever done one and not something I’d contemplated before but I’d jump at the chance to do it again.

“I wasn’t as nervous as I thought I’d be but the worst part was hanging out the plane looking down at the ground below.

“Then you have the adrenaline rush of freefalling and then, when the parachute opens, it’s so peaceful. You’re floating around and it’s very exhilarating.

“I’m glad I had the opportunity to do it and very grateful to everyone who’s supported us and made a donation.

“A little discomfort on our part has hopefully made a fair amount of money for EACH.

“Hopefully we can do more as the year goes on, as a company. We’ve already got other dates in the diary, like a golf day.

“It’s such an important charity here in East Anglia.

“As a father, I can’t think of a better cause than one that helps children, young people and families.

“They do an amazing job and I’m delighted to think we can help in some small way.” 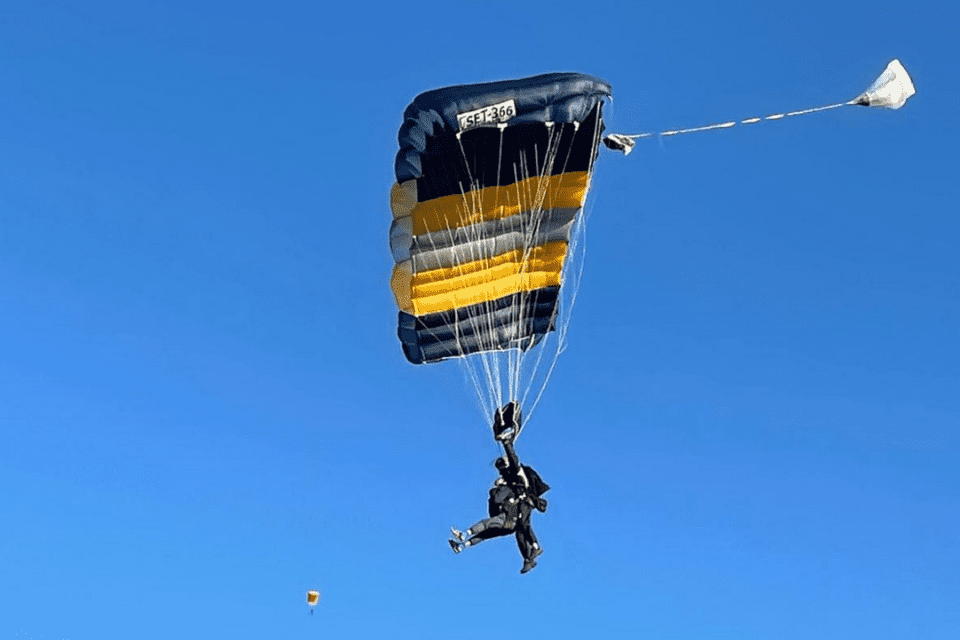 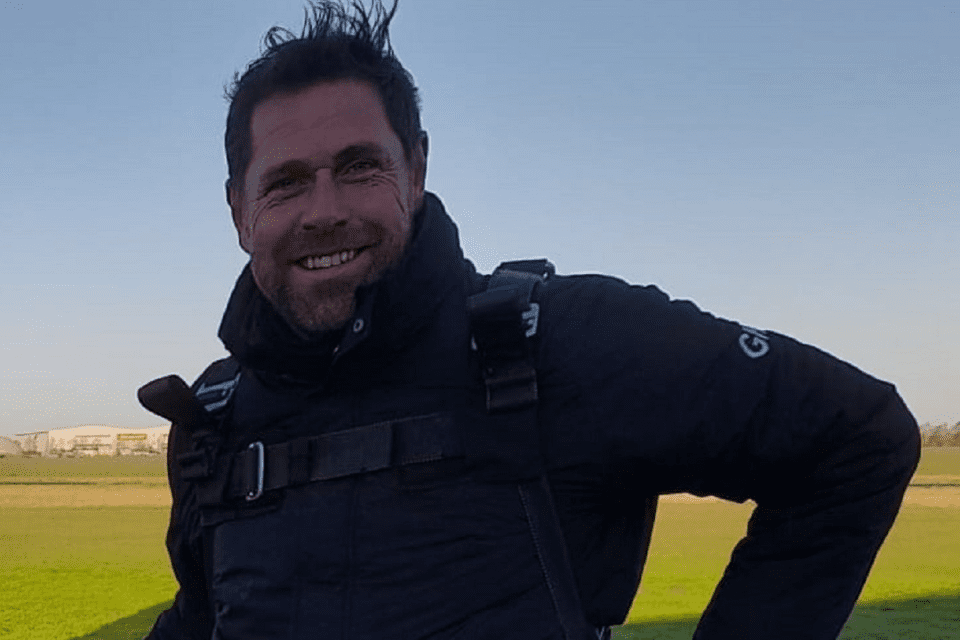 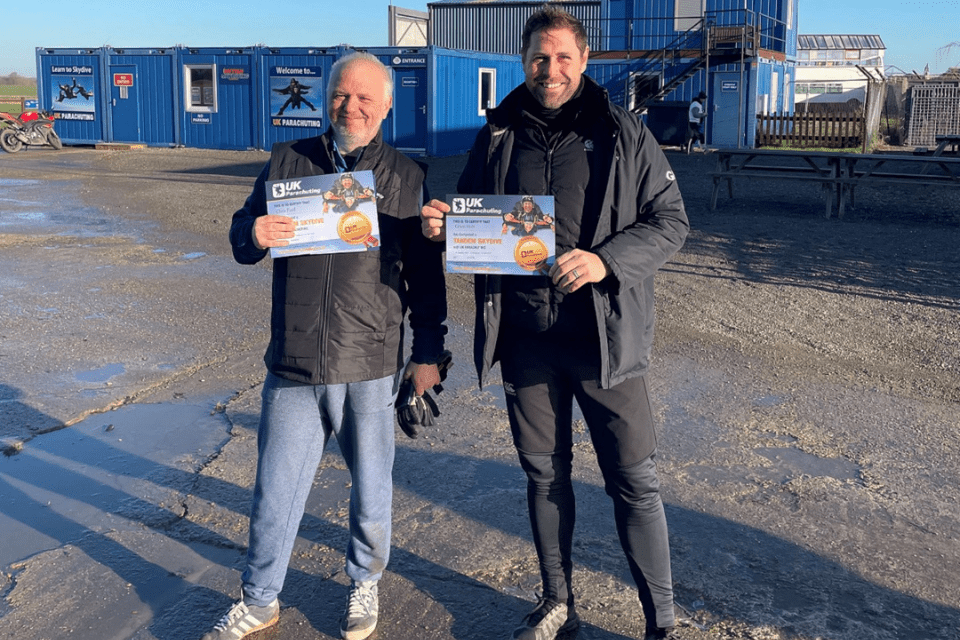 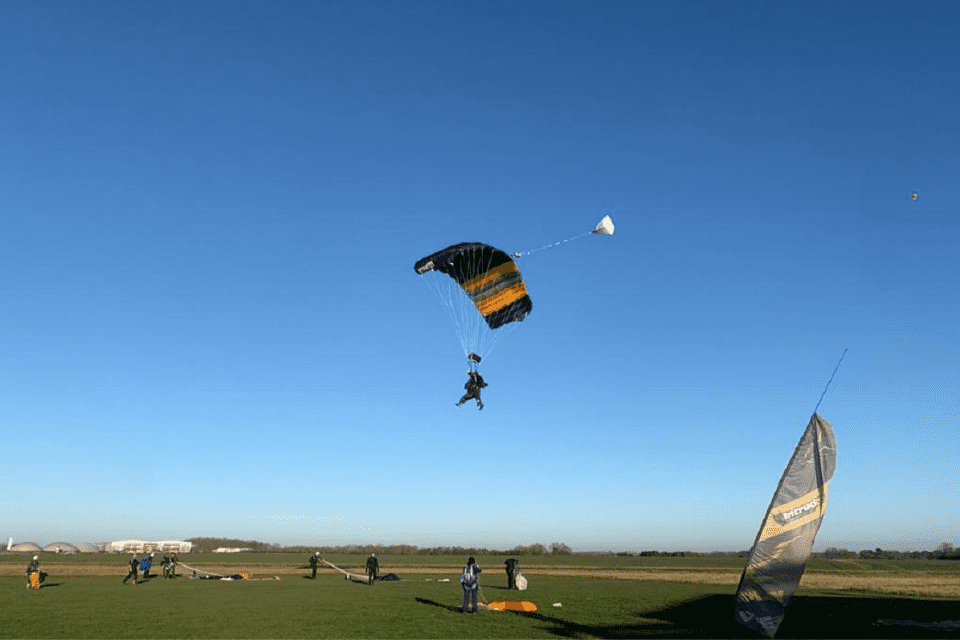 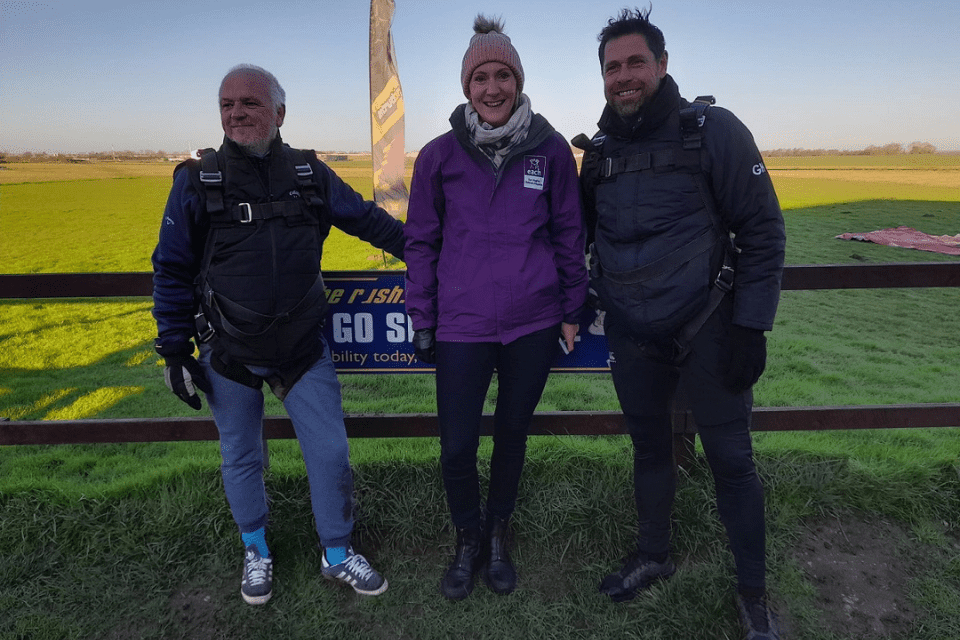