Kind-hearted Les Strudwick celebrated his 90th birthday in style – by delivering a very special present to East Anglia’s Children’s Hospices (EACH). Mr Strudwick, from Downham Market, invited family and friends to a delicious Sunday lunch after becoming an nonagenarian – on the condition they donated at least £15.

After totting up contributions, he was thrilled to raise £780 for EACH, which supports families and cares for children and young people with life-threatening conditions across Norfolk, Suffolk, Essex and Cambridgeshire. Mr Strudwick, pictured with son Paul, turned 90 in December but was forced to delay his celebrations because of the Covid pandemic.

His birthday meal was eventually held at The King’s Head, in Great Bircham, on 12th June. “I was 90 last December and my son, Paul, was insistent such an important milestone be properly recognised,” he said. “However, the pandemic forced the postponement of that until June 12th.

“With Paul so very kindly funding the lunch, I decided to stipulate that all guests should agree to donate at least £15 to EACH. Some 44 individuals were kind enough to do so, with donations coming in from those who could and those who could not come.

“Consequently, money was paid in at intervals during that time, with the final payment of £585 being made on 20th June and the grand total being £780. On the day, 24 of us, family and friends, sat down to a fine lunch, followed by an extremely enjoyable afternoon.

“My dear friend and colleague Jenny Wood assisted me in the bucket collection and I was very gratified by the overall result. Donations ranged from £15 to £100. Quite amazing! The day had a further benefit for me. At 90, and having been living alone for many years, I had begun to feel there were things I no longer had the stamina to carry out. I was happily proved wrong and it has been quite wonderful to realise that.

“I was attracted to EACH because my late wife, Joan, and I used to support children’s charities, among others. From 2004, she was being cared for in a nursing home. She died in 2009. I will always miss her and loved her dearly. We were together for almost 50 years.

“I felt that by supporting EACH, Joan would approve, the charity would benefit and I would explore new horizons. It proved to be the case and I have made many new friends, which has been a huge support for me.” Mr Strudwick has been a prolific fundraiser for EACH since 2008, when he became aware the charity was opening one of its shops in Downham Market.

“I ventured in and asked Cheryl Burns, the soon-to-be shop manager, if she required volunteers,” he said. “The shop opened in November of that year, with me as one of the first volunteers, and I’m still there, every Saturday morning. “In 2009, I began fundraising by placing collecting boxes in various businesses, from Great Bircham to Ely. 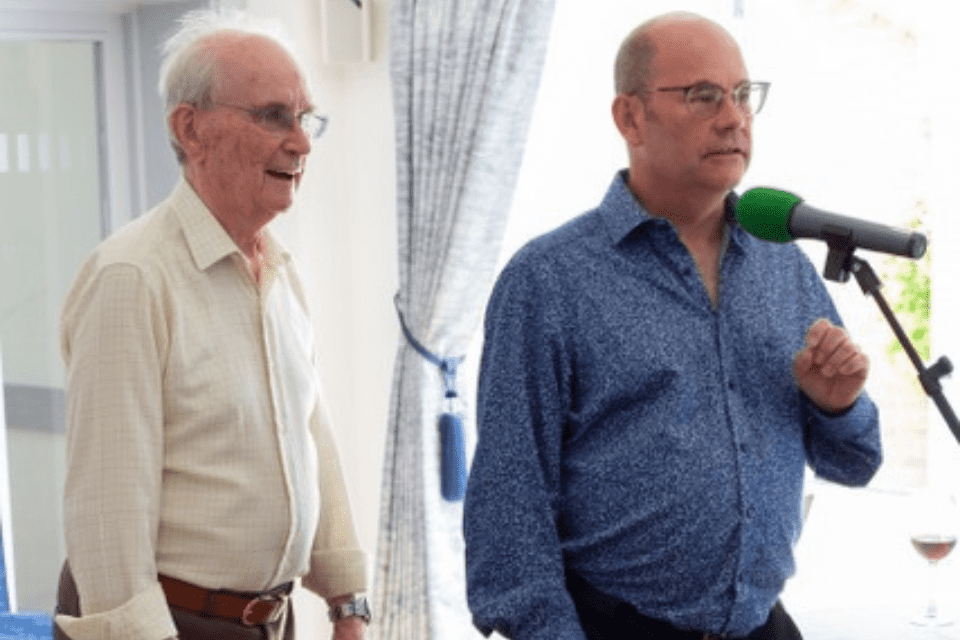