Beavers, Cubs and Scouts reached new heights after taking on a mountainous mission and raising more than £4,000 for East Anglia’s Children’s Hospices (EACH). Youngsters from the 10th Ipswich Scout group held an ‘Everest in an Evening’ event in memory of much-loved Rainbow Cub Sam Revitt.

They collectively climbed 8,848 metres in vertical height – the equivalent of Mount Everest – and their mission took place at AVID Climbing, in Bermuda Road, on Ipswich’s Ransomes Industrial Estate. The 10th Ipswich group’s Rainbow Cubs and Scouts section is based at the Thomas Wolsey Ormiston Academy, in Ipswich, and Sam, one of their members, died in February. He was cared for at EACH’s hospice in Ipswich, The Treehouse.

Parents Penny and Andrew were there on the night, bringing along cakes and a treasured photo of their son. Penny also had a go at climbing and said: “It was amazing and a fabulous fundraiser. “Everyone enjoyed themselves, tried their hardest and gave their all.

“Some of the children climbed like Spiderman, although I’m sure there must have been lots of sore fingers and achy limbs the next day. They did so well and it was a lovely, fun event that also helped instil a real sense of community spirit and values in the children.”

“The whole thing was incredibly well organised,” added Penny. “There was a lovely atmosphere from start to finish and I enjoyed my attempt at climbing the wall. It’s not something I’d done before but certainly something I’d like to try again.”

Neil Speariett is a section assistant at the 10th Ipswich Wednesday Scout troop, in addition to being a freelance instructor at AVID Climbing. He said: “It was a pleasure to be involved and the night was a raging success. Even with sore hands and tired bodies, there was an amazing energy from everyone who took part.

“After we all completed the last climb together, there was an impromptu round of applause that seemed to last forever. It’s a moment that will live on in all our memories, making us remember what we achieved and why.”

The event took place during the evening on Saturday, 7th May. 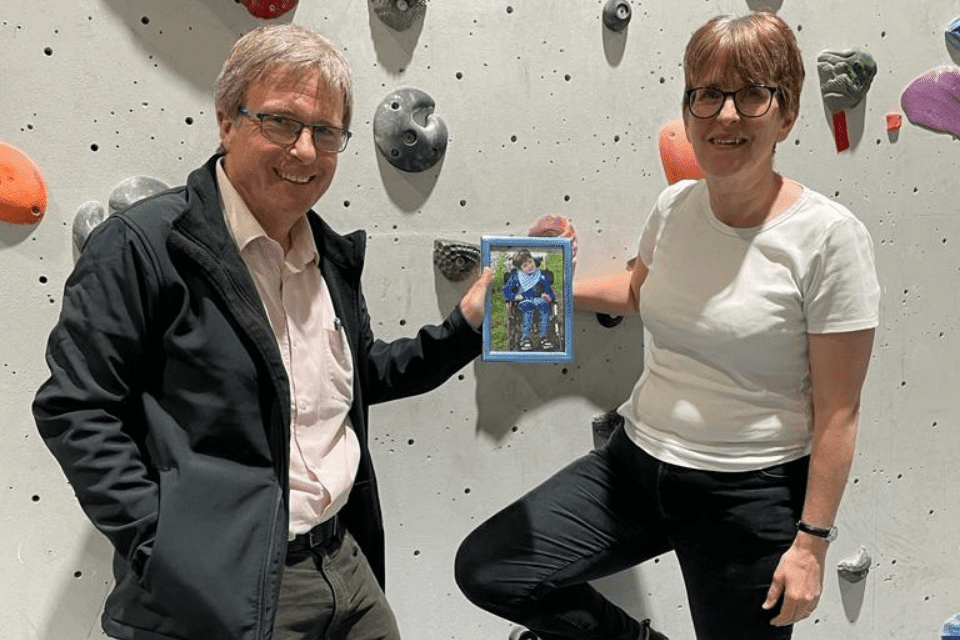