“Absolute treasure” Olive, 82, is back behind the counter at Long Stratton

Determined Olive Duffield is back behind the counter at her favourite charity shop – a year after breaking her pelvis.

The long-serving East Anglia’s Children’s Hospices (EACH) volunteer, 82, was forced to take a year out after suffering her injury in early 2021.

She also had a bout of shingles but was always determined to return to the shop in Long Stratton.

She has been a regular fixture there for more than a quarter of a century and started volunteering in early 1995, working at the former shop that raised funds for the old Quidenham hospice.

Now she is back where she belongs, dutifully giving up two hours a week every Friday morning.

“I’m as good as I’m going to be,” joked Olive, referring to her recent brushes with injury and illness.

“I never thought about not coming back – it was always something I wanted to do.

“I wanted to get back in the shop as soon as possible because it’s something I’ve always enjoyed.

“I don’t get to see many people so enjoy the chance to chat with customers.

“It gets me out and I like the sense of helping others. The more money we take the better, because of the charity we’re supporting.

“I’ve known many of our customers for years and seen children grow up, now coming into the shop with their own little ones.

“There have been so many changes but it’s something I continue to enjoy and would recommend to anyone.”

Olive, who has been married to Michael since 1966, turns 83 later this month and lives in nearby Tharston.

The couple have four children, four grandchildren and are soon to become great grandparents.

“To have been volunteering for a quarter of a century is outstanding and she’s shown sheer determined to come back, despite injury and illness.

“She was always so positive about returning and it’s great to see her back behind the till.

“We’ve really missed her and she’s settled in like she’s never been away.

“Our customers know and love her. She’s got so many stories to tell and is an absolute treasure here in Long Stratton.”

To find out more about volunteering in Long Stratton, pop into the shop, email Rachael.Fretter@each.org.uk or call 01508 531507. 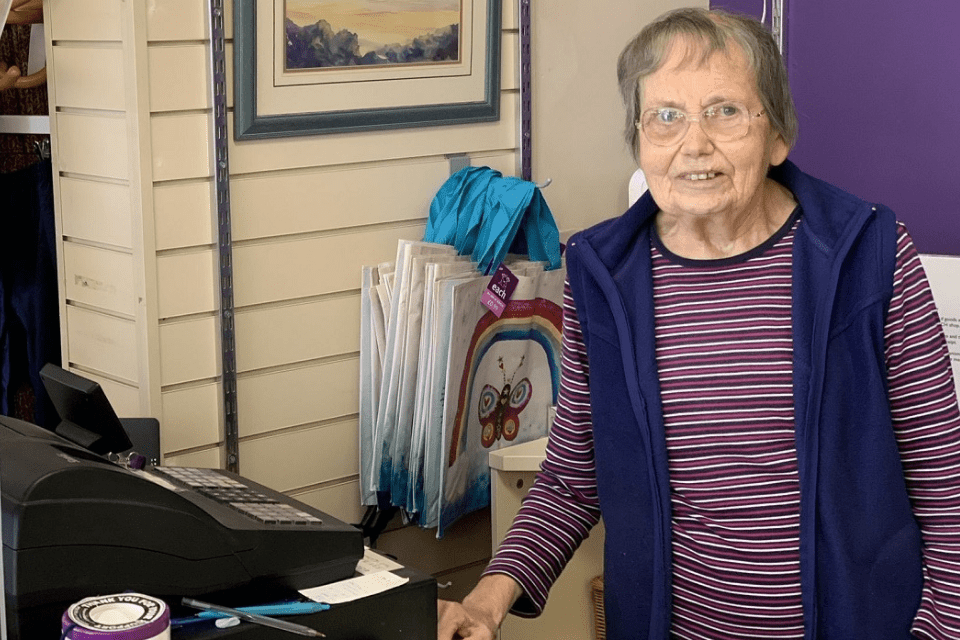 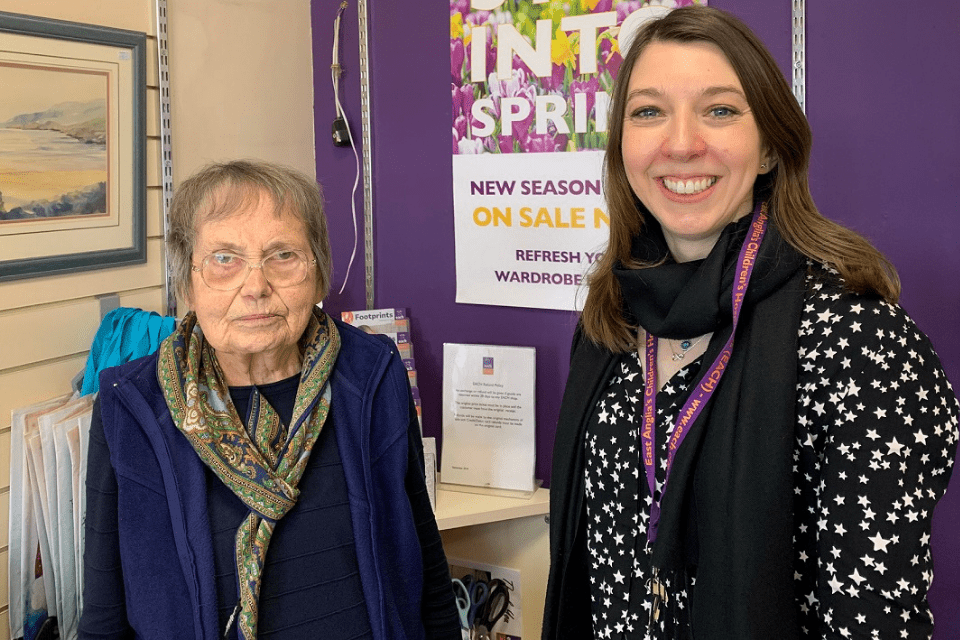